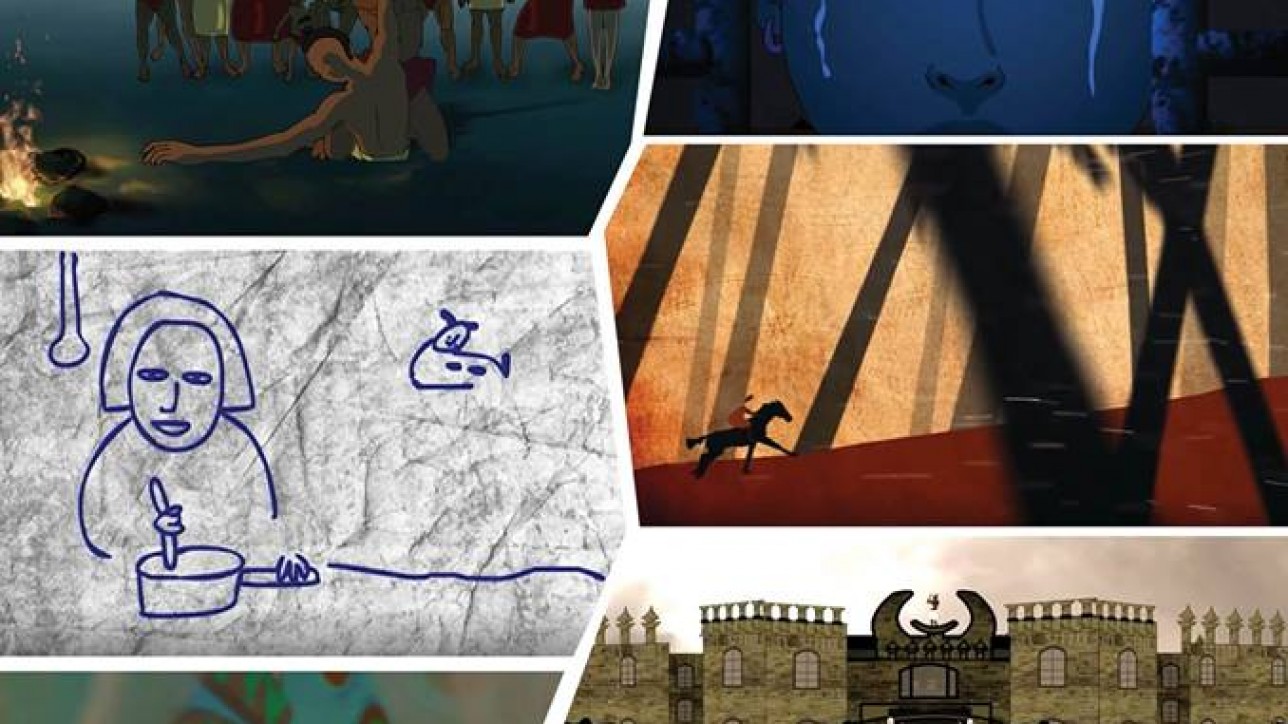 African Animation has undergone a remarkable change in the past decade. For a long time, there were hardly any images to be associated with Animations from and by African animators. Despite having such legends like Moustapha Allasane whose first Animation films “Aoure and La Bague du roi Koda“ date as far back as 1962, African Animation was only represented by productions about Africa by non Africans, as we would remember “Kirikou and the Sorceress“ by Michael Ocelot. These works even in association with and celebrated by Africa were still held in aloofness by professional African Animation filmmakers, but it does not go to say that these professionals rarely had the capacity to produce something comparable despite the talents that abound. This as a result of either the lack of infrastructure or recognition of efforts from their own continent.

However, all these were changing gradually. In 2008, Triggerfish Animation studios in Cape Town founded by Jacquie Trowell and Emma Kaye in 1996 released with a 30 minutes production „The Rise and Fall of Tony the Frog“.

After working mostly on commercials since inception in 1996, Nigeria saw the emergence in 2009 of Shrinkfish Media & Animation, started by Ifeanacho Okoye, as a move to bring back home his sister Ebele Okoye, who had migrated to Germany to study and practice Animation. Also in the same city, Abuja, a studio named EVCL was starting to release some educational clips. Kenya came on later with the BBC commissioned Tinga Tinga Tales. Not to be overlooked are some other rnames from the continent like Mohamed Ghazala, Jean Michel Kibushi amongst others who pioneered the independent forms of animation story telling on the continent. With the advent of the Internet, many African animation enthusiasts started training themselves in the Art sharing and learning from one another in social media forums.

However, recognition of Animation on the continent as a means of story telling still hasn’t reached a satisfactory stage. Only few platforms showcase and reward these as a means of encouragement. A good example is the Africa International Film Festival (AFRIFF) in Lagos which screens every entry in animation and has a prize money of 2,000 USD for the animation section. Also the Africa Movie Academy Awards (AMAA) has been running an animation section since 2008. Fast forward to 2016, a lot has happened. A good number of independent animators have emerged with dieverse working styles.

Under the curation of Ebele Okoye, who would be present, we have put together a few of these works as much as they can give an insight into this diversity of style, story telling and technical execution.

Ebele Okoye is a German 2D animation film maker of Nigerian descent based in Berlin. She studied Design & Illustration before migrating to Germany in the year 2000 for a PG in African Studies at the University of Cologne, followed by a Design-study stint at the University of Applied Sciences Duesseldorf. After a traineeship at the West German Broadcasting Corporation, WDR, Ebele Okoye furthered in Animation at the International Film School Cologne. Upon graduation in 2004, she worked as a studio animator before going independent with own films as well heading international Co-productions one of which is “Anna Blume” winner of numerous awards including the Robert Bosch Foundation Promotional Prize for Animation and the Ritter Prize of the Zebra Poetry Film Festival Berlin Also a two time winner of the African Movie Academy Awards (AMAA) in the category Animation, Ebele does a lot of mentoring for young Animators and animation enthusiasts from the sub Saharan African region. Aside running the Facebook group and online community “The Animation Club Africa”, she is the founder and co-ordinator of Shrinkfish Media Lab (smedLAB), a very young audiovisual training initiative focusing on young artistic talents in the West African region. She is also fully active as a Web designer, Media and branding expert, while painting occasionally still. Some of her works can be seen at http://www.ebeleokoye.com/

„The Throne“ | CG  | 14 minutes | Nigeria 2015 | Jibril Mailafia | English
In Africa it is common place for Leaders to want to clinch to power against laid down law and also against the will of the people, THE THRONE is one of such tales. A story of a Prince’s greed and desire to satisfy His thirst for power at the expense of His people. “The Throne” has won many awards including a nomination in the Best animation category for the 2015 Africa Movie Academy Awards (AMAA) as well as the 2015 Africa Magic Viewer’s Choice Awards (AMVCA)

„The Legacy of Rubies“ | 2D | 28 minutes | Nigeria / Germany 2015 | Ebele Okoye | English
Inspired by an African folk tale, the film tells the story of Mfalme, a young forest boy who is kidnapped and brought to a strange kindgdom with the claim that he is the blood son of the dying King. Against his will, and under the evil intrigues of Iyanla, the Queen, Mfalme has to carry our some difficult assignments in order to either take the throne or regain his freedom. Prizes won include the 2015 Africa Movie Academy Awards (AMAA) Africa International Film Festival, Silicon Valley African film festival, Out of Africa International Film festival amongst others.

„Imagine“ | 2D | 01.36 minutes | Ghana 2016 |  Comfort Arthur | English
On April 14th 2014 over 200 schoolgirls were abducted against their will in Nigeria. Imagine is a short animated spoken poem that poses several questions to the audience as to how they would feel if they their child was abducted.
“Imagine” has won best Animation at the 2016 Golden Movie Awards, Ghana.

„Edem Saved me“ | 2D | 9 Minutes | Ghana 2016 | Zenock Amponsah
Two friends Edem and Kwesi were warriors to a King. Their friendship is threatened when Edem is accused of stealing from the King. His friend Kwesi risks embarking on a dangerous journey to seek an enchanted stone that ends up resolving the truth behind Edem’s accusation.

“EXO_ The Legend of Wale Williams” | 2D & 3D |8 minutes |  Nigeria 2015 | Roye Okupe | English
Featured on CNN, FORBES, BBC and more, E.X.O. – The Legend of Wale Williams is a superhero animated short, set in a futuristic, 2025 Africa! The 8 minute animated short serves as a pilot episode for the hit graphic novel of the same name. The story follows the journey of Wale Williams (aka EXO), an impetuous young man who inherits a suit with super powers after his father goes missing. After a scary attack on the famous 3rd mainland bridge, EXO rushes to the scene to investigate. Only to find a group of menacing robots causing chaos and attacking innocent civilians. The animated short contains laughter, action, suspense, drama and much more!

„Lost Dreams“ | 2D | 04:41 Minutes | Nigeria 2016 | Ayodele Elegba | English
Auwa a teenage victim of child trafficking is trapped ,just like hundreds of thousands like her across Africa who are forced to abandon their dreams. She has no hope of rescue , she can’t run and can’t hide from her enslavers. How far can they go with this evil? How much longer will Auwa wait for a rescue? From where will this help come? Who is the next innocent girl to be trapped? Only God knows…