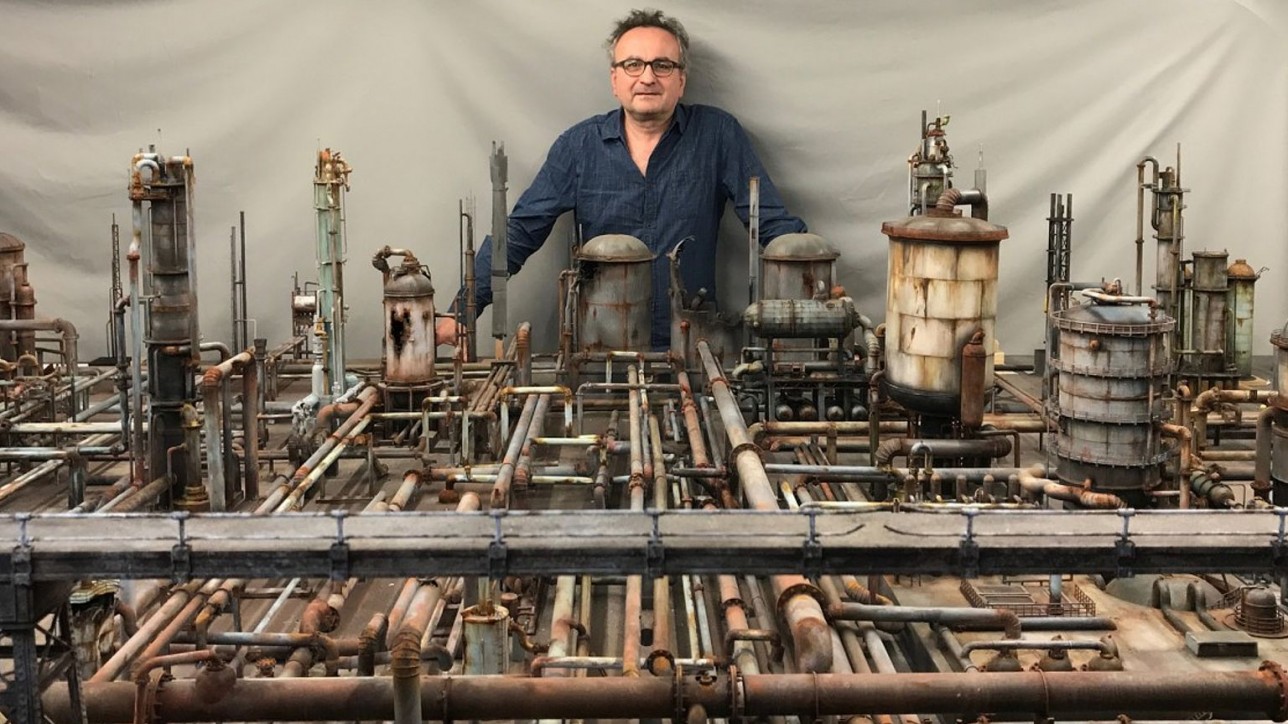 Prop and model maker Simon Weisse steps out of his Berlin-based workshop and onto the Berlinale Talents stage to share the joys and errors that surround his niche craft. Simon has built up a distinguished career working alongside production designers and detail-obsessed directors, creating model luxury hotels for Wes Anderson and strange objects for the Wachowski sisters. In a digital age dominated by special effects and a let’s fix- it-in-post mentality, Simon’s models stand out even against the green screens on a set. Providing examples from the brainstorming phase to the actual drawing and sawing in the workshop, Simon lays bare his entire creative process and keeps an eye out for any devils lurking.

The prop maker, production designer and model builder Simon Weisse will present an increasingly rare profession in the world of film production – the craft of miniature stage construction. Using Wes Anderson’s two latest films, THE GRAND BUDAPEST HOTEL and ISLE OF DOGS, as his examples, he will explain numerous techniques and methods of his craft, from the design stage through to shooting on set.
simon weisse