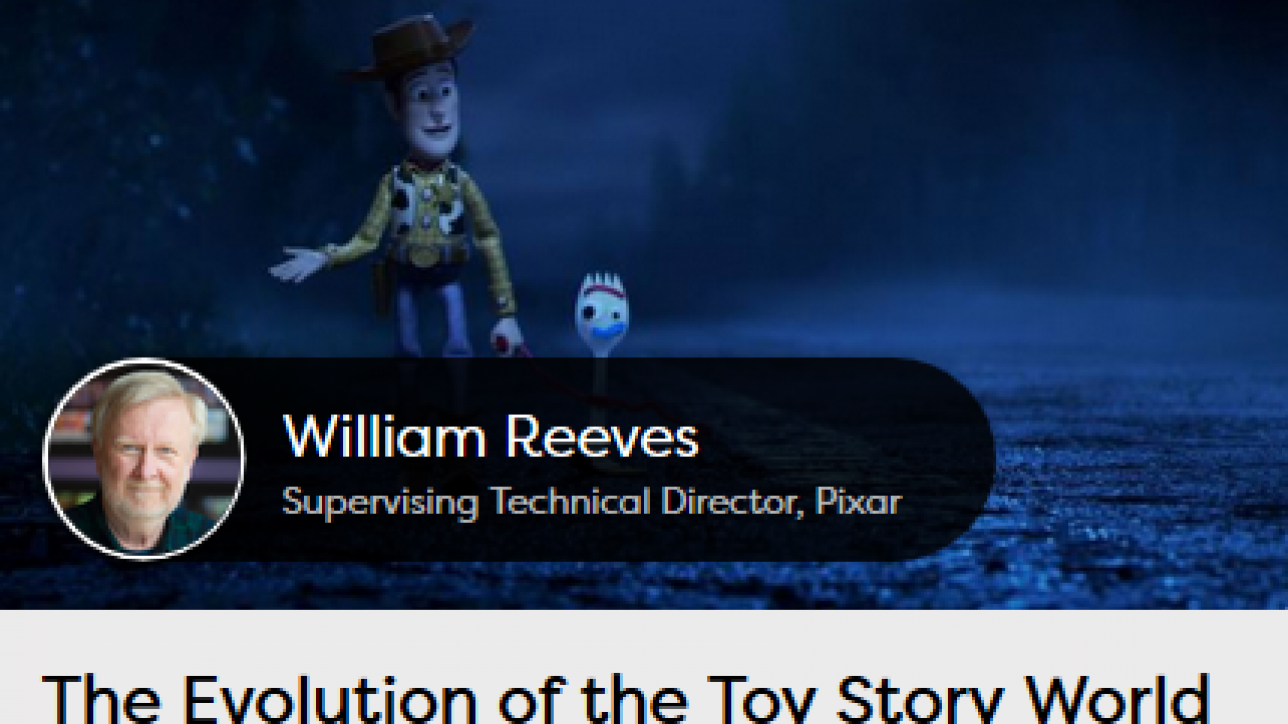 William T. Reeves joined the computer division of Lucasfilm in September 1980 as project leader of the systems group and a member of the computer graphics group. In 1982, Reeves moved on to work full time in the graphics division as project leader of the modeling and animation group. During this time, Reeves invented a new image synthesis technique called Particle Systems that has been used to model fire, fireworks, trees, grass and flowers. This research was used in the feature film “Star Trek II: The Wrath of Kahn” and published by ACM SIGGRAPH in 1983 and 1985.

In 1986, Reeves left Lucasfilm, along with the majority of the computer division, to join Pixar Animation Studios as head of animation research and development. Between 1986 and 1991, he devoted his time to enhancing Pixar’s computer animation software to raise it to the level where it could be used to create a full-length feature animated film.

Reeves’ early credits at Pixar include “The Adventures of Andre and Wally B,” “Red’s Dream,” Academy Award®-nominated “Luxo Jr.” and “Knick Knack.” In 1988, he received an Academy Award for best Animated short film for his work as technical director on “Tin Toy.”

In addition to his contributions to the studio’s short films, Reeves served as supervising technical director on a number of Pixar’s feature films, including “Toy Story,” “A Bug’s Life” and the Academy Award®-winning “Finding Nemo.” He led the preproduction teams for “Cars” and “The Incredibles,” and was the global technical supervisor on Oscar® winners “Ratatouille,” “Toy Story 3” and “Inside Out.”  Most recently, he served as Supervising Technical Director and Global Technology Supervisor on Pixar’s upcoming feature film, “Toy Story 4,” releasing in theaters June 21, 2019.

In 1997, Reeves was awarded a Technical Academy Award® for his invention of Particle Systems. In 1998, he garnered another Technical Academy Award, along with three others, for their development of the Marionette animation system—the body of software Pixar has used for modeling and animation since 1988. In 2009, Reeves received the Ub Iwerks award at the 37th Annie Awards for his development of technical advancements that made a significant impact on the art or industry of animation. In 1918, Reeves was awarded the first-ever SIGGRAPH Practitioner Award for his outstanding contribution to the practice and advancement of computer graphics and interactive techniques.

Reeves studied mathematics at the University of Waterloo in Canada and received a Bachelor of Science in Math in 1974.  He then went to the University of Toronto and received a Master’s in Computer Science in 1976, and a PhD in 1980.  In 1986, Reeves published with Alain Fournier a paper presenting a simple computer graphics model of ocean waves which led to some very realistic images.  With co-authors, David Salesin and Rob Cook, Reeves published a paper in 1987 detailing a new shadow algorithm to efficiently compute anti-aliased shadows.