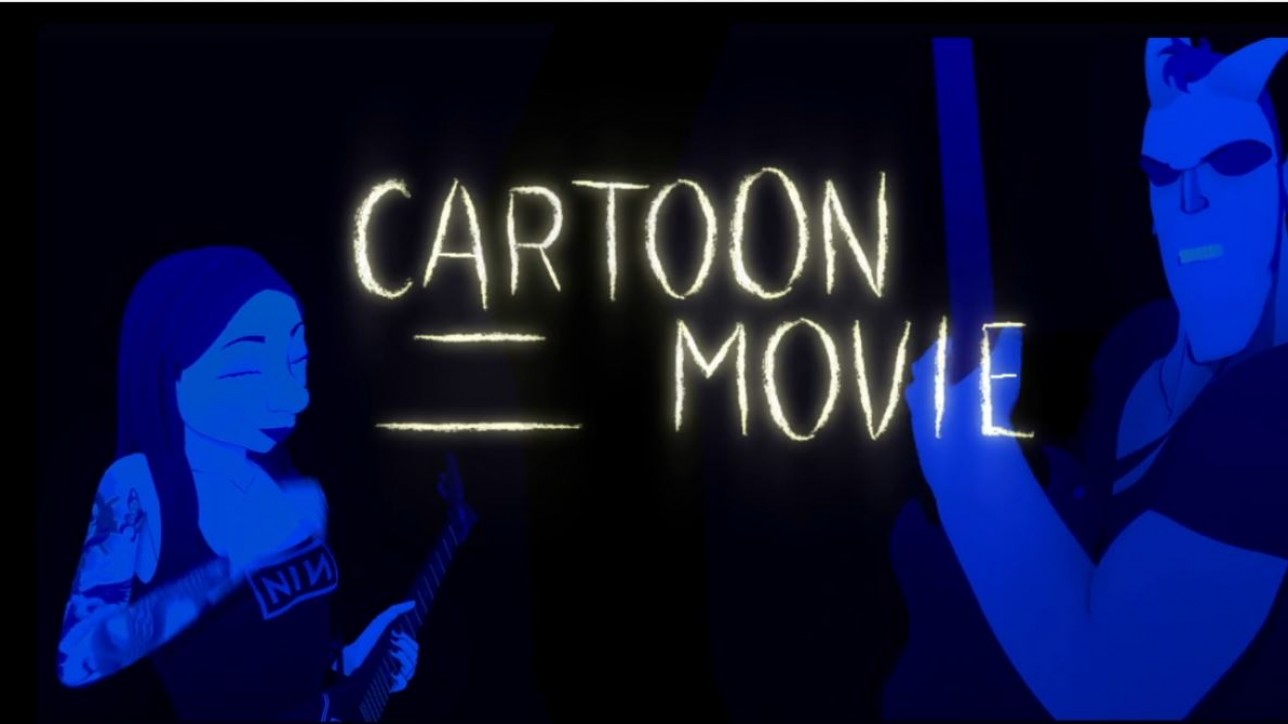 In a village on the edge of the desert, 12-year-old Ahmed is destined to take over his father’s forge but he dreams only of adventures, wilderness and freedom.
With 2 young nomads that he befriends, Slimane and Mançoura, he will learn the secrets of the desert. Together they will discover the mine that just opened. Despite the gold that it seems to promise, they will face its darkness. Exhausted bodies, polluted springs, destruction of the village social structure.
Confronted with the hopelessness of his own people, the hell of the mines and Mançoura’s forced marriage, Ahmed will work up the courage to assert himself. And as he struggles he will shape a future for his land and his people.

While stressing out over her final exams, Antonia the Cow meets the night watchman, Kurt the Lion.
They fall in love, but their relationship is met with great skepticism by the world around them. Antonia‘s farm animal roommates have little time for these predatory posers from the wild, while Kurt‘s pride still view themselves as the kings of the jungle and can‘t understand why he‘d choose a cow as a partner.
When a sheep goes missing, suspicion falls on the carnivorous Kurt…

Sorya, a young Cambodian woman aged 17 years old, arrives in Phnom Penh to work in a textile factory with her best friend, Lida. With a hellish pace of work and no talking allowed, Sorya is not a natural at sewing, unlike her friend who rapidly works her way up the corporate ladder. Sorya prefers the nightlife and city living of the capital. One night, she is singing karaoke in Lucky bar. Everybody there is captivated by her voice. It’s the beginning of her path to stardom but between love affairs, friendships that are broken and then mended, desire and frustration, more trouble lies ahead for Sorya as she tries to find her path in life!

Granada, 1922. Brilliant composer Manuel de Falla is living in Granada. Plagued by ailments and hypochondria, he’s losing sleep over what is happening to the Cante Jondo (true flamenco song) pushed off stages by new commercial music, and considered by some as marginal, this purest of art forms is in serious danger of dying with the artists that know it.
With the help of fellow lovers of flamenco Lorca and Cerón, Falla thinks of a way to bring it back into the spotlight and help preserve it, the first Cante Jondo competition. Bringing amateur singers (from a shabby old man to a cheeky, truly talented kid) to Granada for two unforgettable nights of song that will put Flamenco back on the map.

At the end of the Spanish Civil War, almost half a million people moved by fear of reprisals to France. A hundred thousand of them were children. The French Government overflowed by the human avalanche, put them in improvised refugee camps. Chilean poet Pablo Neruda, former consul in Spain before the war, convinced the President of Chile to save more than two thousand refugees. The film tells the story of Julia, a little girl that escapes Barcelona with his father, a young widower. They embarked on the Winnipeg, a ship chartered by Neruda. That saved them from a dark future in Europe. Now, she is “a daughter of Neruda”, as the descendants of the 2,200 refugees call themselves.

“Uncanny Stories” is a horror anthology of short stories from famous writers adapted in animation by directors who are mad about genre films. The works of Laura Kasischke, H.P. Lovecraft and Jean Ray alongside the Brothers Grimm, William Tenn and Edgar Allan Poe all haunt the screen in a world of horror, fear and angst.
You’ll encounter a young girl who hates her stepmother so much she wants her dead, two young hikers who cross paths with a strange old woman, an explorer trapped by terrifying forces from a distant past, a man driving down a country lane on a rainy night, an endless nightmare, a lighthouse in a storm.
Transgressive and poignant stories that tap into your innermost fears.

Adaptation from If a stranger approaches you by Laura Kasischke

“Flee” is the true story about a man’s need to confront his past in order to truly have a future. Amin arrived as an unaccompanied minor in Denmark from Afghanistan. Today, at 36, he is a successful academic and is getting married to his long-time boyfriend. A secret he has been hiding for over 20 years threatens to ruin the life he has built for himself. For the first time he is

Young city cow Klara is excited to spend her first Christmas on her father’s farm but is disappointed that he is not the type to celebrate holidays. When her father is unexpectedly called away to help a neighbour who is snowed in, Klara sees it as an opportunity to bring some Christmas feel to Cattle Hill with the help of a cheeky elf who lives on the farm. Klara finds out that what is really important about Christmas is being together.

The story of Anna Yueh takes place between China and Italy in the ‘50s. Special years for both countries. Years of big changes and development. Anna is an Italian girl with Chinese origins, who has a Panda as a companion. A very special Panda that symbolizes wisdom, ability to do and moral values. They will live a great adventure that bring out in a decisive way life lessons and ethical indications. A long journey that will bring Anna from Italy to China to arrive in the magical Tibet, where she will meet her destiny.
It’s a story that offers different levels of teaching with the aim of contributing to the growth and well-being of the public as well as entertainment.

Balor Of The Evil Eye is a big, bad, ugly monster thingy.
Balor’s evil eye does just what it says on the tin. It reduces anything within range to cinders before you can say, Ow that hurts…
But behind Balor’s fiery glare there’s a gentle soul waiting to be released from the tyranny of a power he can’t live with, can’t live without.
Enter the twins Ifa and Shifra, 6-year-old girls who solve Balor’s eye problem and help him to find the goodness hidden deep within him.
There’s a snag though: Balor’s new-found good nature leaves him open to treason within his kingdom and invasion from without….

In a school in Zimbabwe there is Geekisde, a somewhat different little girl, isolated, having the appearance of an African albino. Bullied by other children but empowered by the love of her mother, Geekisde feels she is different and starts to believe that she resembles white people that live on other continents. One day, Geekisde has a weird encounter in the forest with a spaceship. The albino girl enters a telepathic conversation with the space beings which let her know that she is one of them and has been sent to Earth to test the planet.
When everything seems lost, the love of Geekisde for her mother covers the Earth with a translucent bubble and she eventually comes to save the planet.

In the post-war Spanish times, Pepino is a kid dreaming on playing his accordion. As he grows up, he masters the instrument and starts playing for big audiences. But things are tough in his town and he is forced into Paris to bring some money home. There he will need to learn the Parisian ways of music, work and, even harder, to live away from the love of his life.

“A door to the woods” is a Polish idiom, describing something absurd, something that has no reason to exist. And yet it’s those stubborn, sometimes irrational, convictions that help us overcome seemingly unsurmountable adversity and come out the other side, stronger, wiser and, most importantly, alive.
Two young men and a girl, whose lives are intertwined, are forced to fight for survival, each in their own unique way, against three oppressive regimes: Fascism, Stalinism, and Communism.
They can only win by finding their own “door to the woods” and by holding on to human values – hope, love and loyalty – as well as to their artistic creativity.