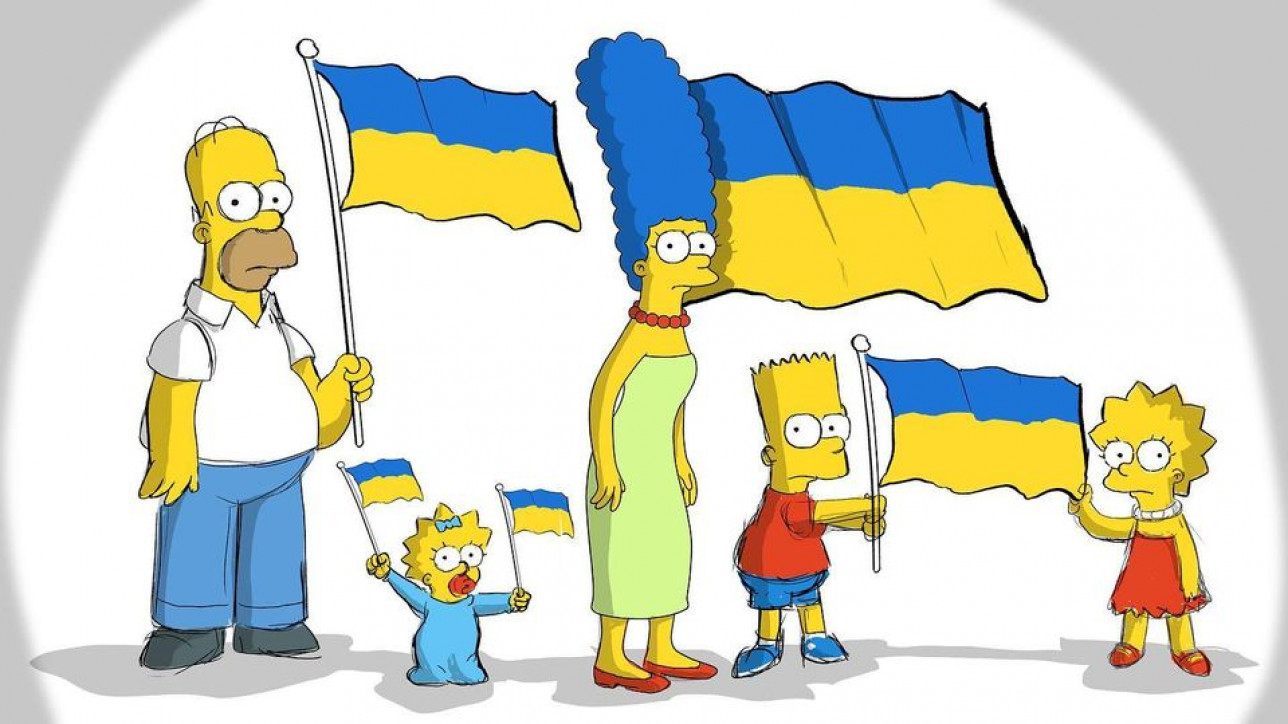 The producers of the long-running cartoon released a quickly-commissioned cartoon late Friday amid the Russian invasion into Ukraine.

In the still, drawn by long-time animator and director David Silverman, Homer holds one flag, Bart and Lisa together hold another, baby Maggie waves two small flags and Marge waves one that appears to grow out of her iconic blue bee hive.

Executive producer, Al Jean, told The Daily Mail that it’s not typical for the show to create a politically poignant image so quickly.

“We don’t do this very often, only very rarely when there’s something … extremely important for a cause that could not be bigger,” he said.

“It’s meant to show we care about what’s going on and have enormous sympathy for the people of Ukraine and want this to stop,” Jean continued. “The future of democracy in the world is at stake.”