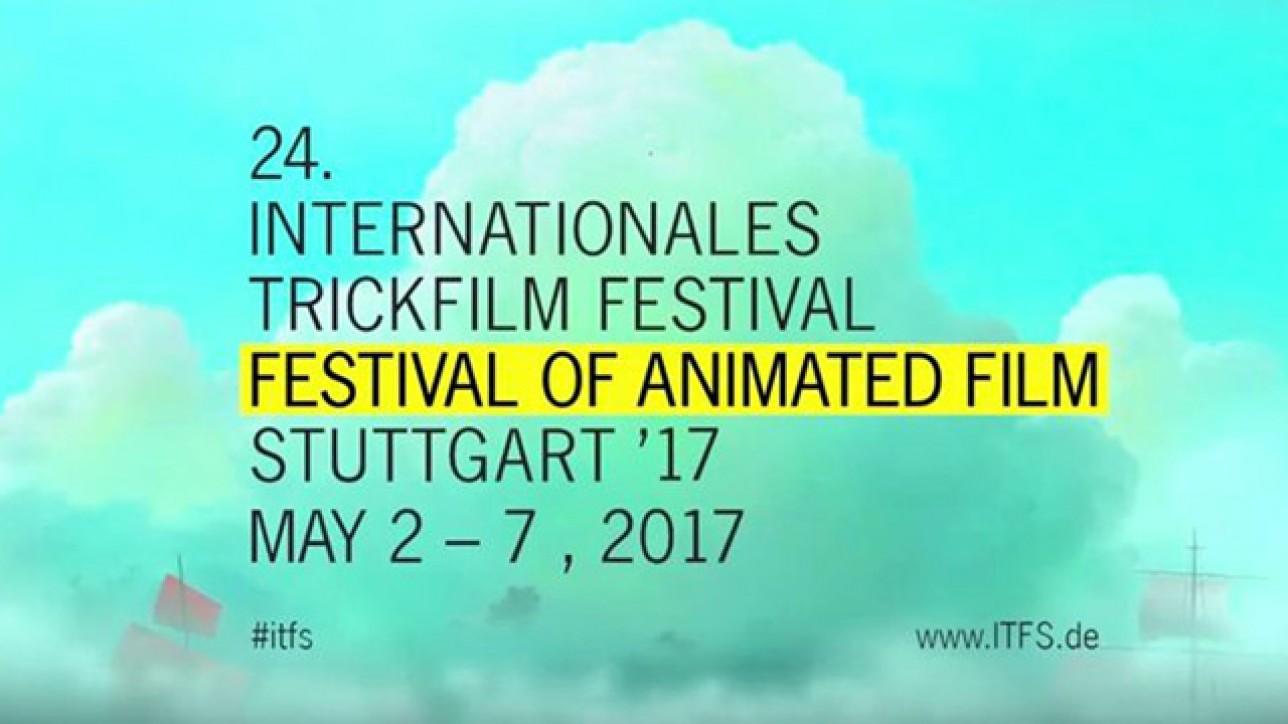 Stuttgart, May 8, 2017 – The 24th International Festival of Animated Film (ITFS) ended on 7th May with a  festive award ceremony. The program motto „Animation Without Borders“ has confirmed itself: this year’s program with connections of animated films, games, music, as well as virtual and augmented reality, inspired the audience and industry. The motto also made it clear that animation across borders can tell stories that reach and touch people.
„About 90,000 visitors were present in the cinemas, the open air on the Schlossplatz, the GameZone in the Kunstgebäude and the numerous other venues of the ITFS“, summarizes Dittmar Lumpp, ITFS Managing Director Organisation and Finance. This is an increase of 13% vompared to the previous year. „Especially on Fridays and Saturdays, the Open Air was very well attended. The many other guest venues such as the Mercedes Benz Museum, the Breuninger „Wall of Animation 2“, the Wilhelma or the Trickfilmlounge in the Gerber, were well attended and this shows that the ITFS also shows a radiation effect beyond the cinemas.

The GameZone as a symbol of this connection took place for the first time in the Kunstgebäude on 2,000 sqm. „The GameZone in the Kunstgebäude is a milestone. We want to set the example for the fact that the games area belongs to today’s art and culture scene. In conjunction with high-quality animations and future-oriented projects, it is a laboratory of the future. And best of all, everyone is welcome „, says Prof. Ulrich Wegenast, Managing Directore Programme of ITFS. And thus closes the arch to the popular open air. But the quality of the ITFS is also evident in the film program. „Sold out cinemas show us that the audience knows that there is a high-quality film programme to see. Trust in us has developed and consolidated over many years, „explains Dittmar Lumpp.

But also on the part of business and politics, it becomes clear what significance and synergies the different event formats ITFS and Animation Production Day (APD), FMX and spotlight have for national and international perception for the economic center of Stuttgart and the state of Baden-Württemberg. Through the introduction of the Animation Germany initiative, which is committed to the international competitiveness of the German animation industry and the first award of the Trickstar Business Award, this becomes clear. It is the world’s first prize with an economic focus on innovative business models or projects.

For the first time the Animated Games Award was awarded, which won the best and most innovative computer game from Germany. The honorary trickster went to the Italian animation artist and creator of the famous figure „Signor Rossi“: Bruno Bozzetto. A detailed press release will follow on May 8th.

The next International Festival of Animated Film in Stuttgart will take place from April 24 to 29, 2018

Grand Prix
15,000 euros funded by the state of Baden-Württemberg and the city of Stuttgart

The jury’s statement: For extraodinary design and cinematic  construction and for excellence in animation and powerful concept, the jury awards the Grand Award for Animated Film  to Impossible  Figures and other Stories II by Marta Pajek from Poland.

The jury’s statement: The Lotte Reiniger Promotion Award to Untamed by Juliette Viger. For its atmospheric, complex portrayal of a daughter dealing with the threat of violence, and a musician father dealing with his own depression.

The Jury’s statement: The film „Happy End“, the winner of the Young Animation Award, by Jan Saska brought us a joyful vision of a rather sad situation. By its unique graphic style, its black humor, its perfect timing, its clear and well-structured storytelling, it appears to us that in the end we were very happy to distinguish it!

The FANtastic Prize
1,000 euros, funded by the Animation Family, the most loyal fans of ITFS

The jury’s statement: The film we chose pushes the boundaries between generations and nations in straightforward lines. The cultural identity of a family changes constantly to shape the individual concept of home. We congratulate our laureate to become a member of our Animation family tonight.

The statement of the children’s jury: We chose the film because
„… because the film explains a current topic and makes one think about how hard such a war is for children.“ (Nika)
„… because one should learn how people really go in the war.“ (Tammik)
„Because the film is beautifully drawn.“ (Yvette)
„… because it is a real and stirring film.“ (Carlotta)
„… because it is important that children understand what war means.“ (Charlotte)
„…. Because he communicates an acute topic in a comprehensible and easy way. „(Grik)
„… because you can show with this film how strong people have to be when they escape from their home.“ (Annika)
„… because alone thinking about this topic can inspire people to help and change something in the world.“ (Arne)

The Jury’s statement: This movie is not only a brave production with a brave subject, it’s an open window on emotion, identity , different cultures and poetry crossing any border. Thank you Ann Marie, you have touched our hearts.

We would also like to highlight the film Kono Sekai No Katasumi Ni (In This Corner of the World) for its beautiful style and history.

Jury: At „The Shadows“, Dorota Kobiela and Hugh Welchman implement a very unusual but obvious business model and reach completely new, art-interested target groups for the animation project. The key reason for the award to the production company Break Thru Films is, however, that the concept can be derived from a generally valid, economically successful model for artistic-painterly animation film, the cinema evaluation, digital social media campaigns with the aura of a Original painting. “ 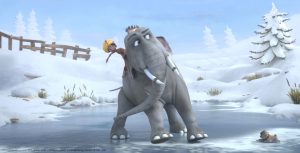 German Voice Actor Award
Alexandra Maria Lara for the role of Rosita in the film „Sing“.

Learn more about the film on the website from Studio AKA!

Arab Animation Forum
Winner in Pitching competition in cooperation with Roboert Bosch Stiftung
Testimonial of My Grandmother’s Transformation into a Chair
Nicolas Fattough, Libanon
The Jury would first like to congratulate all of the participants in this forum. As you can imagine, the decision was not an easy one. Nicolas’ story of a life fading out and the transformative nature of memory and its effects on the people involded was particularly compelling.