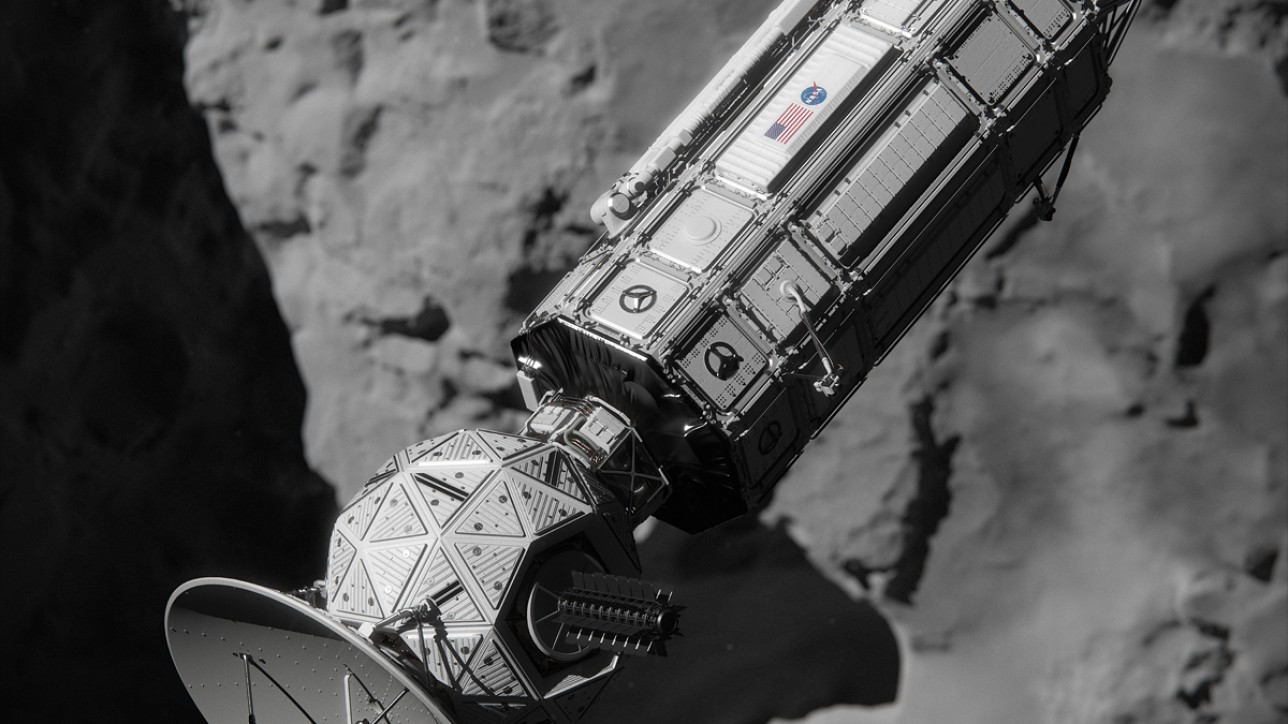 This is a concept I created with Dr. Masahiro Ono from the NASA Jet Propulsion Laboratory for this years (2015) NIAC Symposium, in cooperation with the Museum of Science Fiction ( http://www.museumofsciencefiction.org/jpl-hitchhiker/ ). It’s a spacecraft that can fire a 1000km (around 620 miles) long tether with a warhead into a comet (a Kuiper Belt Object) and use it’s kinetic energy to travel into deep space.

Mission details:
http://www.nasa.gov/…/comet-hitchhiker-harvesting-kinetic…/…
I spent much time building both hitchhiker and comet and I learned alot about spacecrafts and how they are designed. My goal was to create something between the highly complex prototype-like designs that these incredible smart people at the JPL are building and my own taste of science fiction. I tried somehow to extend the NASA look that I’m used to, into a future driven by 3d printed objects and tools. 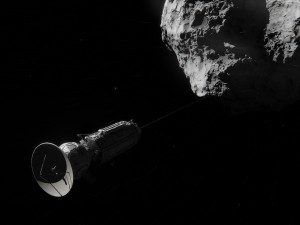 On the 3D side:
It needed time getting used to the fact that there is not much surface that would bounce light around for me, like it would on earth – Global Illumination was more a task than a helper. The design of the spacecraft is mostly built with subdivision surface modelling in Cinema 4D and rendered with Vray. The comet was hand sculpted in zBrush and has 9 million polygons.