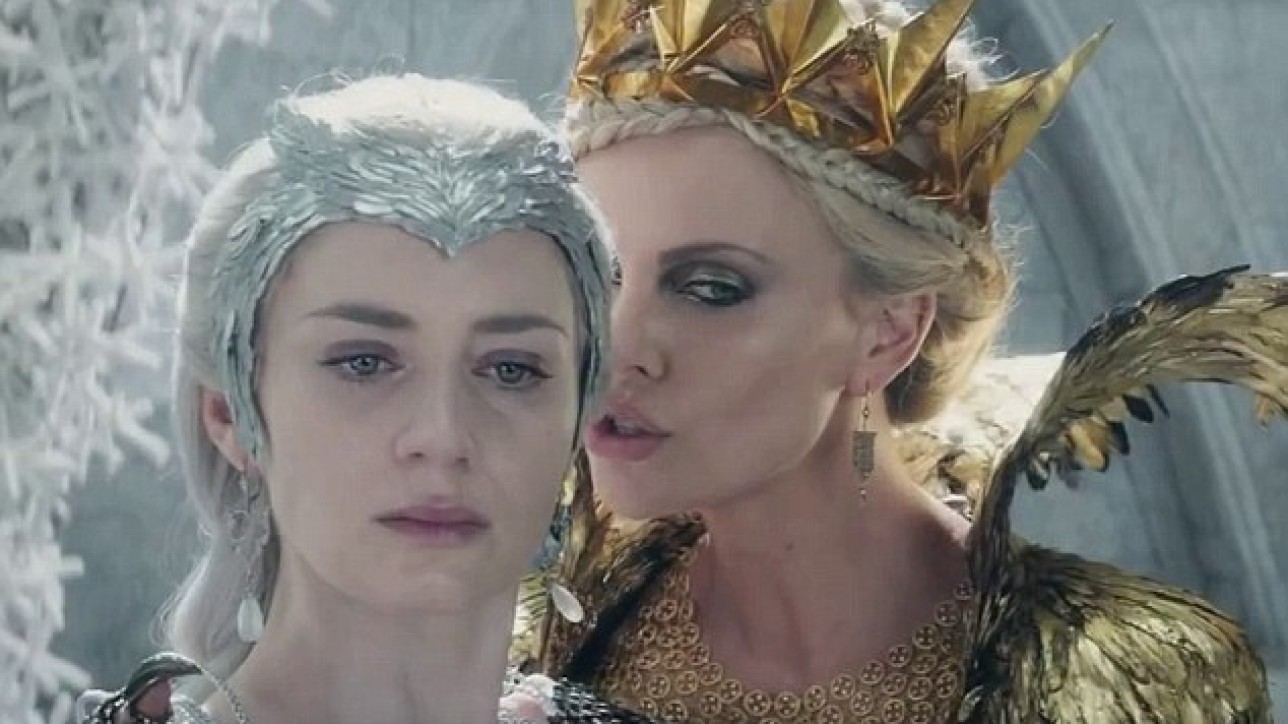 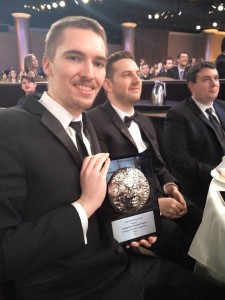 So, I just saw „The Huntsman: Winter’s War“, and to sum up the experience… it felt like a badly mixed drink. Surely you can mix together some maple syrup, a bit of iced tea, a slice of golden apple juice & a handful of Smarties and water everything down in

the end, and some actually consider it tasty, but don’t let it stand in the sun for too long afterwards or it all ends up becoming a bit stale.

It’s probably not the best choice for a movie sequel, considering that the „first in the series“, in which Bella took a little break from smooching vampires and werewolves, was released 4 years ago and not the brightest movie to remember, while the aforementioned lead’s co-stars were all attacked by aliens with different shapes and sizes in far less forgettable releases around the same period of time. Better to be seen as a piece of evening entertainment, grab a few buddies & some beverages to enjoy yourselves and poke at the plot holes until you run out of fingers.
It’s as if the studio executives or one of the producers, or both, was walking around the house thinking about how to make more money, then tripped over the casing of the original „Snow White and the Huntsman“, caught the teenage son playing Skyrim with one eye and the daughter watching Frozen with the other, and the first words uttered while rubbing the forehead concussion were: „I MAKE S-PREQUEL NOW“, but I digress.

First of all there are a few positives to note, even though not enough as for me to stand up clapping with wild foam in my mouth: Everybody doing who was doing practical work in this film did a good job, indeed. The costumes were fine and I didn’t assume once, while watching, that they were just waiting in line to start their next LARP session, but halfway through the film, the choice of clothing ended up reminding me of the selectable options in an RPG – hey, I’m here to watch a movie about Snow Whi- I mean Huntsman, not to see my original characters from Dragon Age to suddenly walk around on screen! And those Kleenex tissues over there in the corner are just a coincidence…
The effects work was alright, but any more words out of my mouth might sound hypocritical in either direction, so I’ll just shut up. The camerawork, editing and the direction was all pretty much decent and expected for this type of movie, no complaint there, and props to the director who, as this turns out to be his debut, didn’t turn this into a personal experimental type of Swiss cheese, and stuck to what is well known and safe, and in return doing a good job.

Now with me talking on and on, what is this all about, what is the story behind all of it? And this is the point where I slowly started to sink back into my seat in a mixture of rolling my eyes and fumes of entertainment being slowly dragged down by boredom-oxide:
Turns out that Miss Evil Queen Theron has a sister – while her brother is nowhere to be found, probably because his haircut took a little bit to long this time. Anyway, Sister Elsa has a child that dies, and Miss Evil had absolutely nothing do with it… nothing at all, trust me…nothing… Her reaction is a bit frosty – Miss-Evil-Queen-Theron-had-nothing-to-with-it – so she heads towards the Arctic circle, builds the world’s largest popsicle in Valhalla, and vows to turn every boy into Thor & every girl into Matthew McConaughy’s daughter. Talk about a cold shoulder… *cough*
Turns out that two of them start falling in love – what a shock, given the variables – but since she can’t have any for 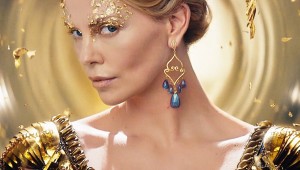 herself, she starts acting like the playground bully and separates them using Donald Trump’s wet dream of a Mexican border On Ice.
Years later, she decides it’s now her turn to have her sister’s mirror, because apparantly she wasn’t good at sharing, but turns out that the actual Thor and 1/7th of the original dwarves stretched into two might stand in her way; and that’s about all I can say without spoiling the ending where Miss Evil Queen Theron returns.
Interestingly she’s only there to bookend the film which apparantly earns her higher credit billing than all the actors, and despite the fact that the „and“-credit at the end of the list sometimes feels like the prestigious predule to the Special Guest Famous Actor Awards, it doesn’t explain how the the puppy-eyed (now) king from the first movie receives a higher screen credit than the protagonist’s love interest, despite the fact that percentage-wise his screentime compared to her is like a few seeds to two melons.
Somewhere in here, there are actually some very nice ingredients hidden, but it doesn’t help that it’s all cooked up using the standart formula. Pretty much everything is told by the book – oh I’m sorry, did I say book? I rather meant those cardboard paperweights from Fisher Price teaching kids how to spell.
And it doesn’t help that every single plot twist or development is telegraphed from miles away. Sorry, but that’s the same reason why dangerous roads end up being boring – how are you supposed to get only a little bit of adrenaline pumping with all those road signs warning in advance?
At points you almost start hopping in your seat as you wait for characters to come to the same conclusion as the audience did 30 to 90 minutes ago. This is probably what comes closer to what being a deity feels like: All-knowing and all-powerful, but doesn’t seem able to intervene when it should be necessary.
And don’t get me started on the romance- oh wait, I already did:
You start with one man and two male dwarves, who are at some point saved by his former love, and she states over and over she doesn’t love him, after which they all get captured by two female dwarves who don’t like anything with a pair either. I swear I could almost hear some executive looking down at the audience and whispering: „Don’t worry, we just start with the spelling book, let’s see how long it takes until they figured out basic math.“
And then, there be monkeys; tainted, naked monkeys with horns on their heads who like to cover themselves in wealthy objects and might start a flame war if you hit on them inappropriately. Do I smell a little bit of a self-referential cameo, in there, anyone, tee-hee?
I will give the movie this, though: While I was busy thinking that I had already uncovered the next plot twist halfway through, it instead revealed that it had a different twist up its sleeve; equally lazy and predictable, but nevertheless it caught me off-guard. Okay, good job movie, you fooled me once, you can be proud of youself for that. Congratulations, you’ve earned yourself a golden sticker in your empty report card.
Everything ends happily every after, leaving me pondering if fairytales were actually a little more exploitive in their tropes, right before the court swings over in favor for films with a nibble of sequel-baiting for dessert.

And so at the end, I stayed to watch the credits as the names flew by and I saluted to my fellow brothers in arms, or professions, but stood up, took a glance at the empty seats behind me and left before the credits ended on the distributors, grateful that the cinemas hadn’t already locked all their doors & I was lucky to be only charged half the price this weekend.
Yet, it’s funny when the first real & humorous surprise of a night at the movies is the drunken pedestrian on the other side of the street, exclaiming to be the infamous „Road-Crosser“ like a Batman villian, while you’re leaving the building to go home

the huntsman & the ice queen