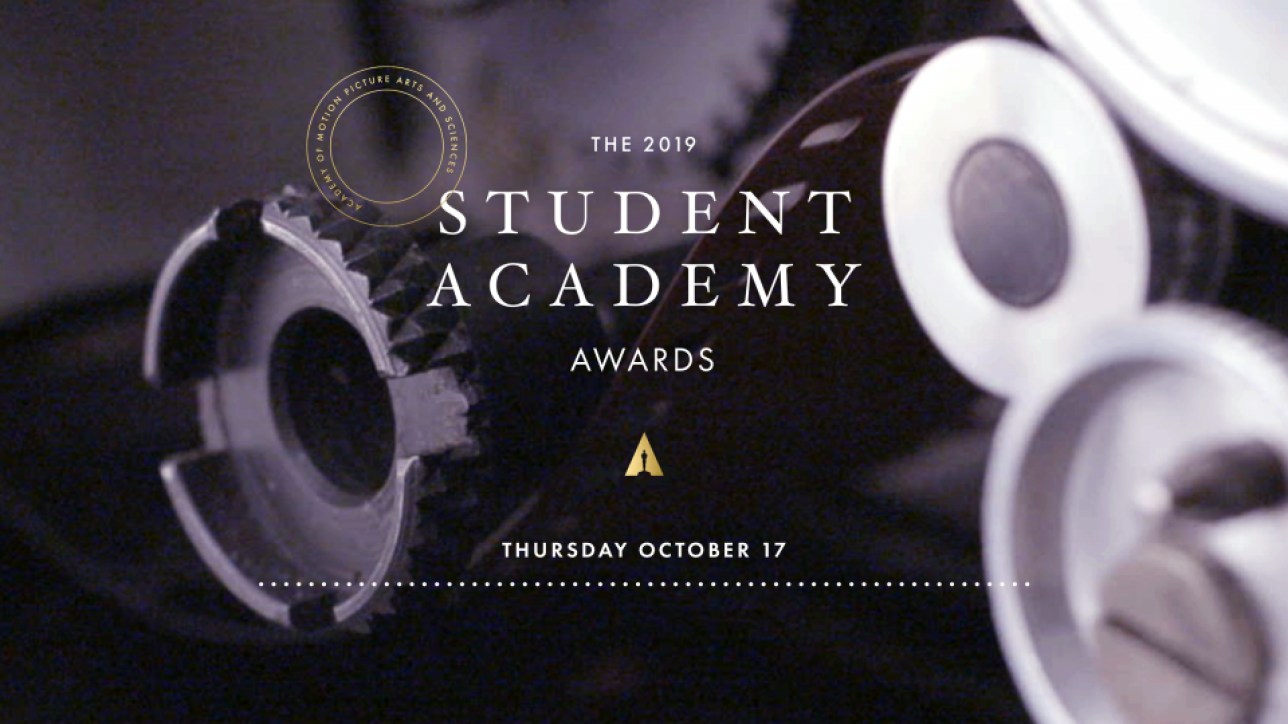 Love Me, Fear Me – Trailer from Veronica Solomon on Vimeo.

The winners are (listed alphabetically by film title):

All Student Academy Award-winning films are eligible to compete for 2019 Oscars® in the Animated Short Film, Live Action Short Film or Documentary Short Subject category.  Past winners have gone on to receive 62 Oscar nominations and have won or shared 12 awards.  Students will arrive in Los Angeles for a week of industry activities that will culminate in the awards ceremony on Thursday, October 17, at 7:30 p.m., at the Samuel Goldwyn Theater in Beverly Hills.  The medal placements – gold, silver and bronze – in the seven award categories will be announced at the ceremony.

The 46th Student Academy Awards ceremony on Thursday, October 17 is free and open to the public, but advance tickets are required.  Tickets may be obtained online at oscars.org starting today.  Any remaining tickets will be made available at the door on the evening of the event.  The Samuel Goldwyn Theater is located at 8949 Wilshire Boulevard in Beverly Hills.

The Student Academy Awards were established in 1972 to provide a platform for emerging global talent by creating opportunities within the industry to showcase their work.