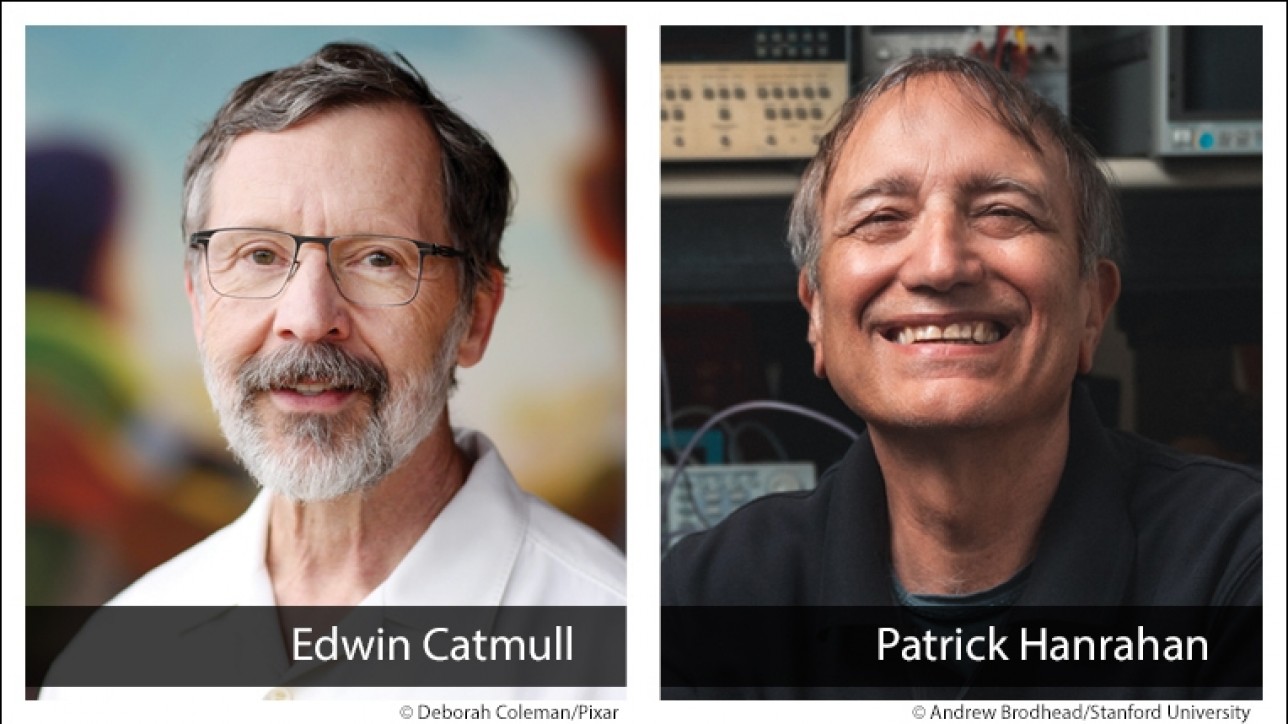 ACM named Patrick M. (Pat) Hanrahan and Edwin E. (Ed) Catmull recipients of the 2019 ACM A.M. Turing Award for fundamental contributions to 3-D computer graphics, and the revolutionary impact of these techniques on computer-generated imagery (CGI) in filmmaking and other applications. Catmull is a computer scientist and former president of Pixar and Disney Animation Studios. Hanrahan, a founding employee at Pixar, is a professor in the Computer Graphics Laboratory at Stanford University.

Ed Catmull and Pat Hanrahan have fundamentally influenced the field of computer graphics through conceptual innovation and contributions to both software and hardware. Their work has had a revolutionary impact on filmmaking, leading to a new genre of entirely computer-animated feature films beginning 25 years ago with Toy Story and continuing to the present day.
.
The ACM A.M. Turing Award, often referred to as the „Nobel Prize of Computing,“ carries a $1 million prize, with financial support provided by Google, Inc. It is named for Alan M. Turing, the British mathematician who articulated the mathematical foundation and limits of computing.
https://amturing.acm.org/