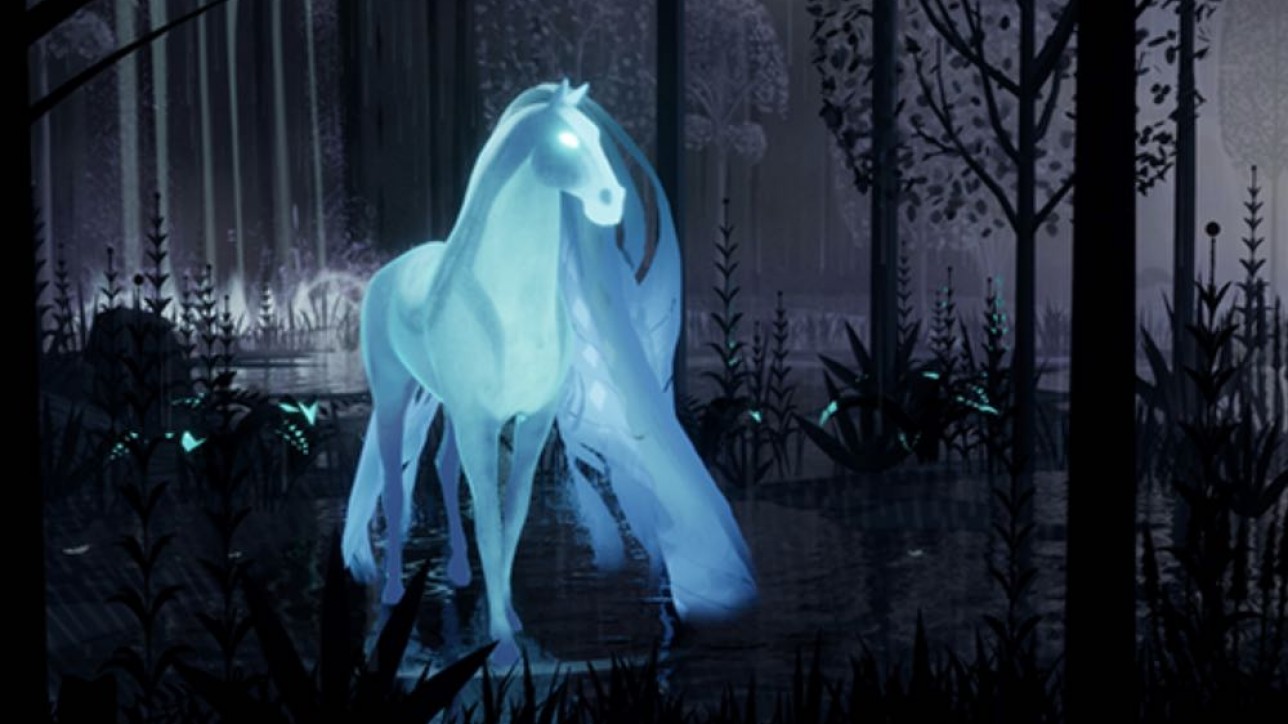 Experience the world of Disney’s Frozen as never before with Walt Disney Animation Studios’ animated short film, Myth: A Frozen Tale. Just as you settle in and enjoy a bedtime story with an Arendellian family, the home suddenly shifts around you, as you are transported into an enchanted forest. Things are not as they first appear, as the elemental spirits of air, fire, water and earth make their presence known.

The combination of traditional hand-drawn & CG animation are choreographed to an original score resulting in a visual poem where the audience is front and center.

Take a behind-the-scenes look at the music of „“Myth: A Frozen Tale,““ the virtual reality short from Walt Disney Animation Studios. See how the original score, production design, and VR technology harmoniously tell a bedtime story inspired by the elemental spirits of Frozen 2.

Myth: A Frozen Tale is available now only on Oculus Quest: http://di.sn/6003GHf4B

Listen to the sounds of the elemental spirits in this exclusive clip from „“Myth: A Frozen Tale,” the virtual reality short film from Walt Disney Animation Studios inspired by the world of Frozen 2.