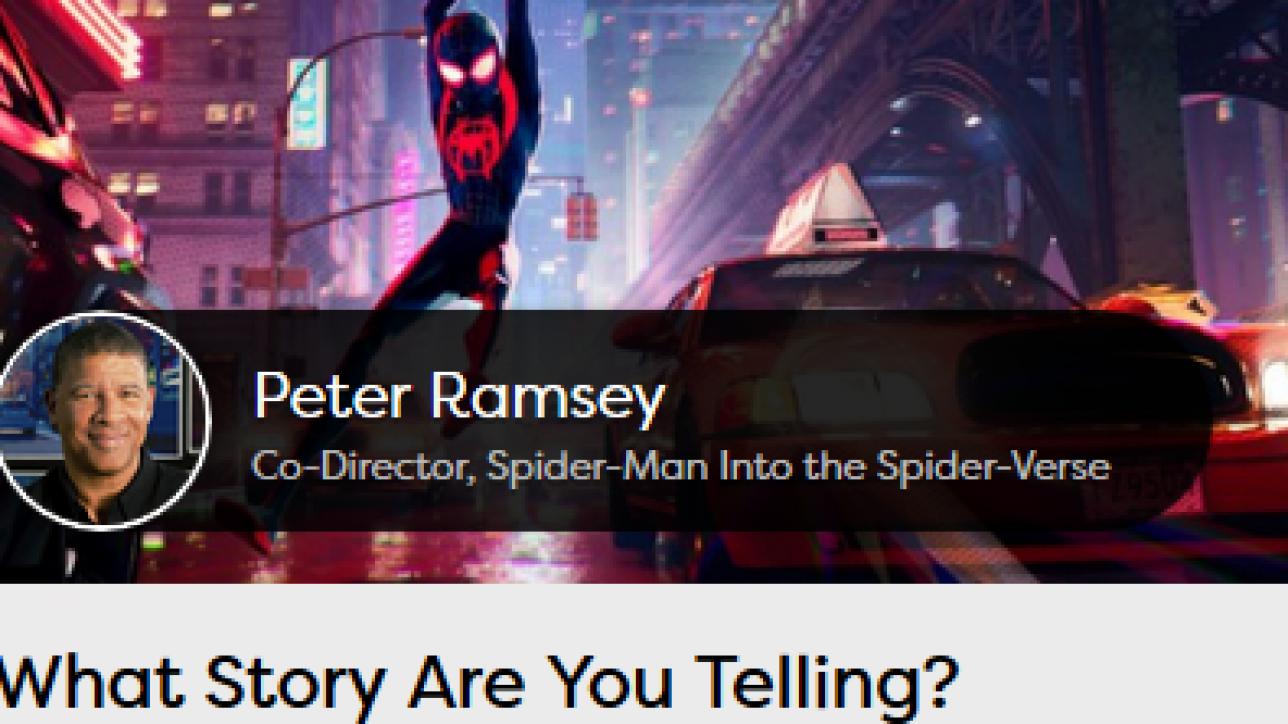 The talk will center around the filmmakers’ creative process, exploring the ways in which the demands of the story dictated the creative choices made, from the approach to the characters and world to the visuals and design elements, illustrated by clips and images from SPIDER-MAN INTO THE SPIDERVERSE.

Peter Ramsey most recently directed with Bob Persichetti and Rodney Rothman Sony Pictures Animation’s latest feature film, the Academy Award® winner “Spider-Man: Into the Spider-Verse.” For his work on the film, he has received an Annie Award from ASIFA-Hollywood for Outstanding Achievement for Directing in an Animated Feature Production.

Prior to joining DreamWorks, he worked as a storyboard artist on a notable number of live action feature films, including “Backdraft,” “Boyz n the Hood,” “Bram Stoker’s Dracula,” “Minority Report,” “Cast Away,” “Independence Day,” “Being John Malkovich,” “Fight Club” and “Hulk,” among many others. Ramsey’s directing skills were honed early, as Second Unit Director on live action feature films including “Godzilla,” “Tank Girl,” “Higher Learning,” and “Poetic Justice.” A lifelong resident of Los Angeles, California, Peter grew up in the Crenshaw area, and graduated from Palisades High School before attending UCLA. 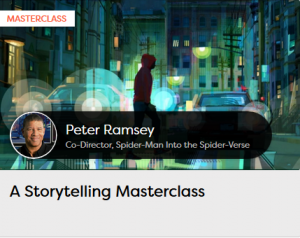