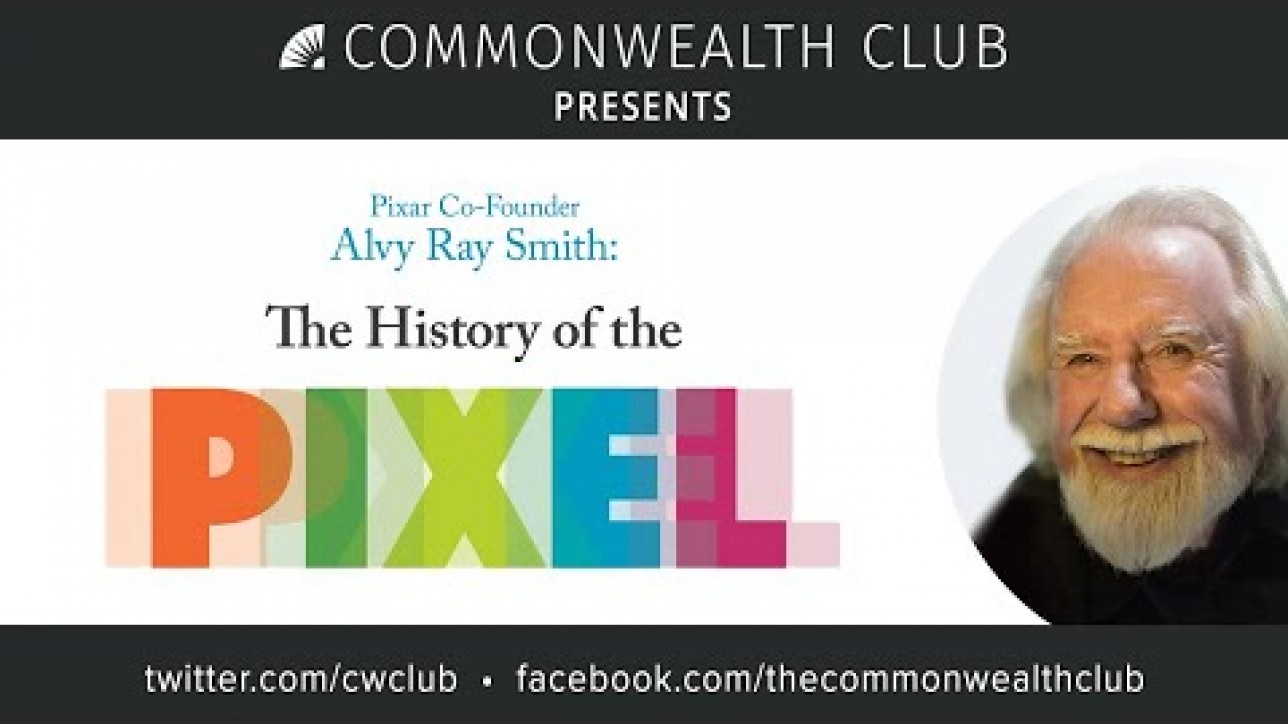 The pixel, the smallest element of a picture, has, with little fanfare, helped push forward the digital revolution to new heights over the past 2 decades. Today, nearly every picture in the world is composed of pixels—cell phone pictures, app interfaces, Mars Rover transmissions, book illustrations, video games—and these digital images drive our understanding of the world around us. But where did pixels come from, and why are they so important? Alvy Ray Smith, the co-founder of Pixar, has a some answers to these increasingly important questions.

In his his timely book A Biography of the Pixel, Ray Smith notes that the pixel is the organizing principle of most modern media. Smith’s story of the pixel’s development—which touches upon technology, entertainment, business and history—begins with Fourier waves, proceeds through Turing machines and ends with the first digital movies from Pixar. For anyone who has watched a video on a cell phone, played a video game, or streamed a television show or movie at home, this important discussion with one of digital media’s pioneers who made it all possible is not to be missed.