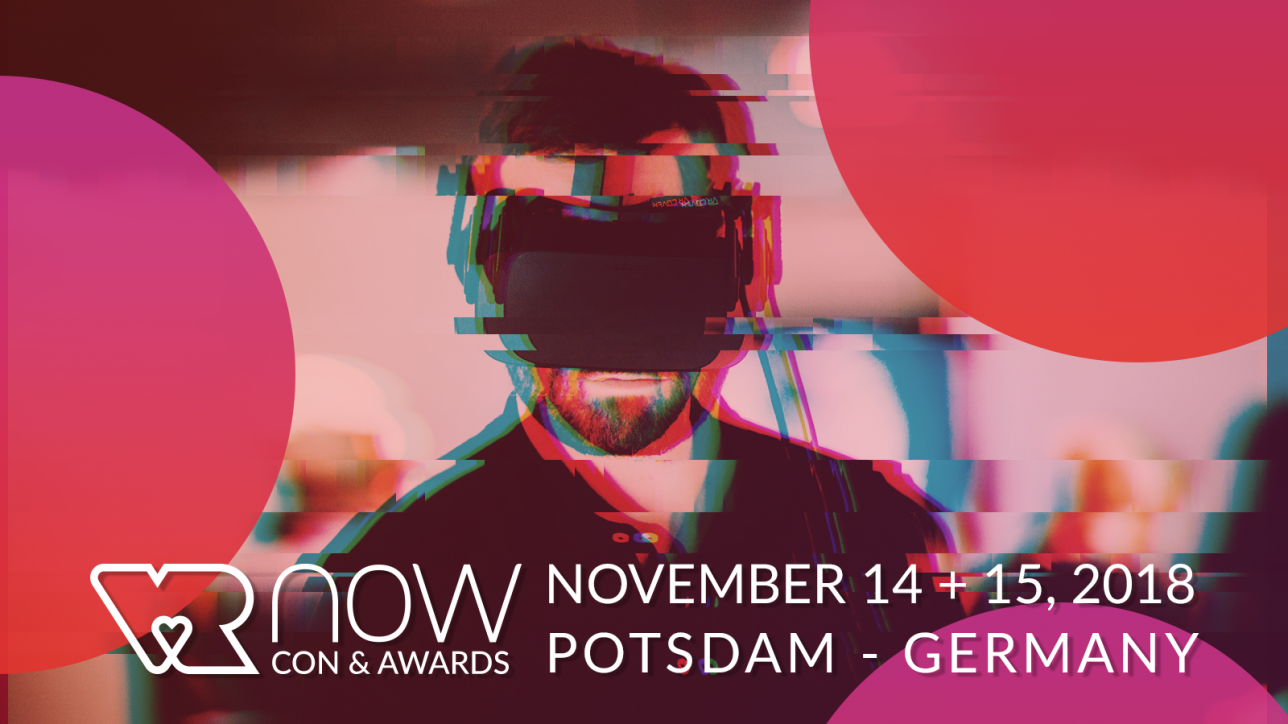 VR NOW Con & Awards – Europe’s premiere conference for Immersive Media. Started in 2016 as a way to bring the international community of VR creatives, business developers, and technological masterminds to Berlin and Potsdam, the most exciting region in the world. Forgive us for the bias.

In 2018, the VR NOW Con & Awards becomes part of something even bigger – the MediaTech Con.  MediaTech Con is the key convention for future media technologies and the business behind entertainment. Together with VR NOW CON & Awards  and  Changing the Picture (CTPiX), MediaTech Con offers a common platform with pioneering talks and workshops within a two-day program in Potsdam-Babelsberg.