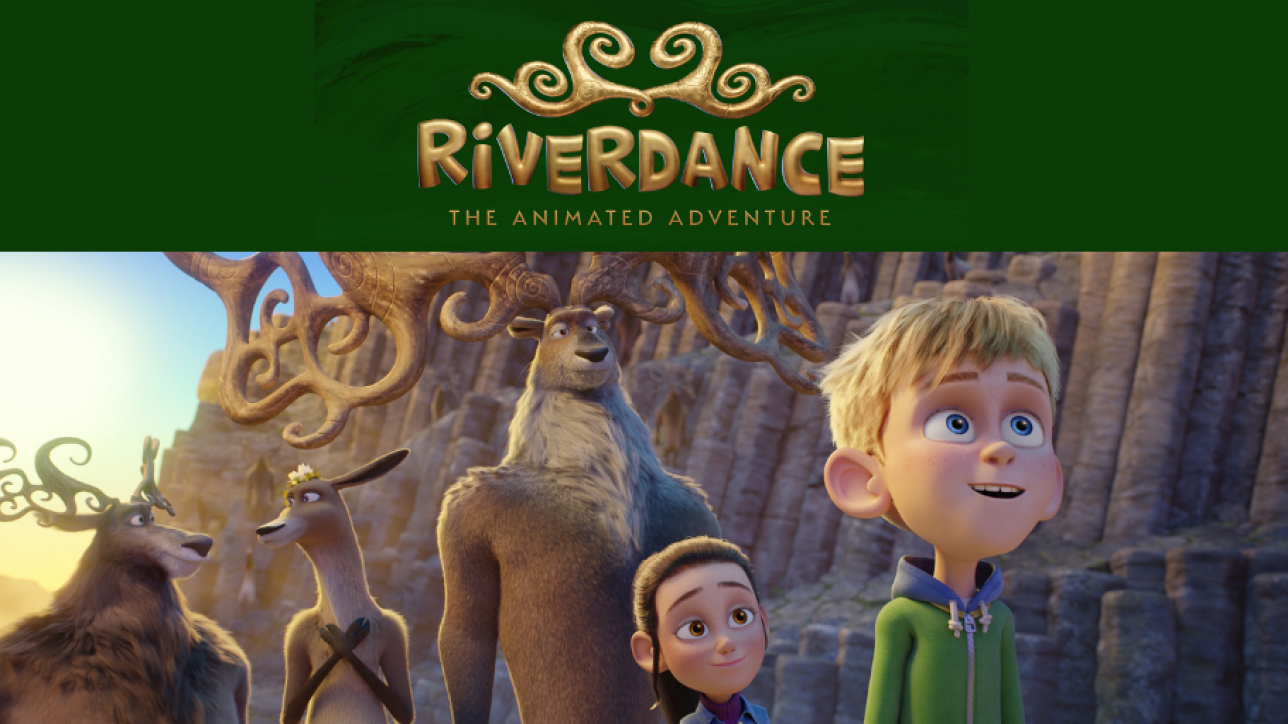 Riverdance: The Animated Adventure is a musical extravaganza featuring spectacular Irish dancing and a new score by Grammy winner Bill Whelan, as well as dancing deer, flying sheep, exploding frogs, raucous hurling, fiery flamenco and lots of fun! It’s the first release from Cinesite’s production output deal with content and IP production company, Aniventure. It is being screened as a Sky Original in the UK and Ireland from 28th May, 2021.

A young Irish boy, Keegan, and his Spanish friend, Moya, journey into the mythical world of the Megaloceros Giganteus, who teach them to appreciate Riverdance as a celebration of life. Inspired by the global stage sensation, Riverdance: The Animated Adventure features new music from Grammy-winning Bill Whelan, and an all-star cast. Riverdance – The Animated Adventure is co-produced by Aniventure and River Productions.

A Sky Cinema Original film #Riverdance, coming this May on #SkyCinema.