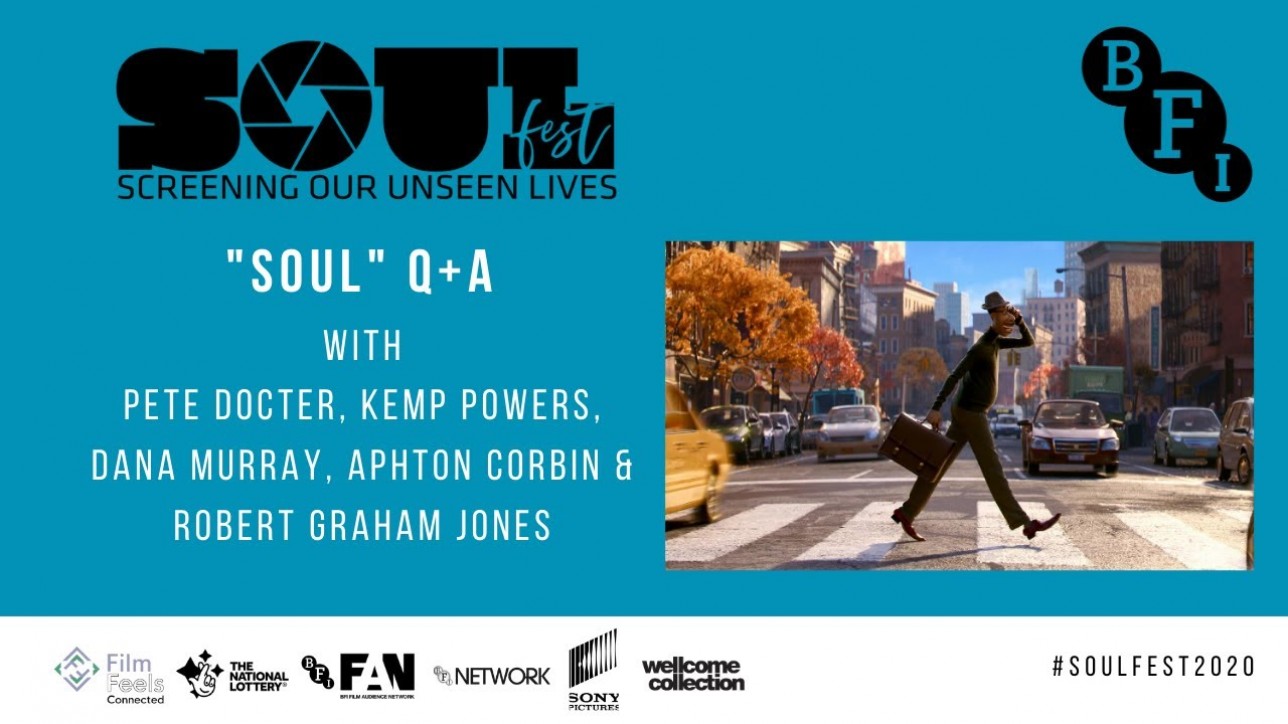 In a festival exclusive, S.O.U.L Fest have teamed up with Disney and Pixar ahead of Soul releasing on the big screen later this year (November 2020), their new feature starring Academy Award® winner Jamie Foxx, as they host a special panel discussion with filmmakers Pete Docter, Kemp Powers, producer Dana Murray and more. This exclusive discussion will be broadcast on BFI YouTube on Friday 14th August at 7pm.
You can see a selection of shorts from #SOULFest2020 on the BFI Player bit.ly/2C5PUuu Use the code: PARABLE20 to trial BFI Player for free.
Take a look at the S.O.U.L. YouTube channel: https://bit.ly/SOULYouTube2020
Check out the entire S.O.U.L Fest 2020 schedule at: https://www.soulfilmfest.co.uk