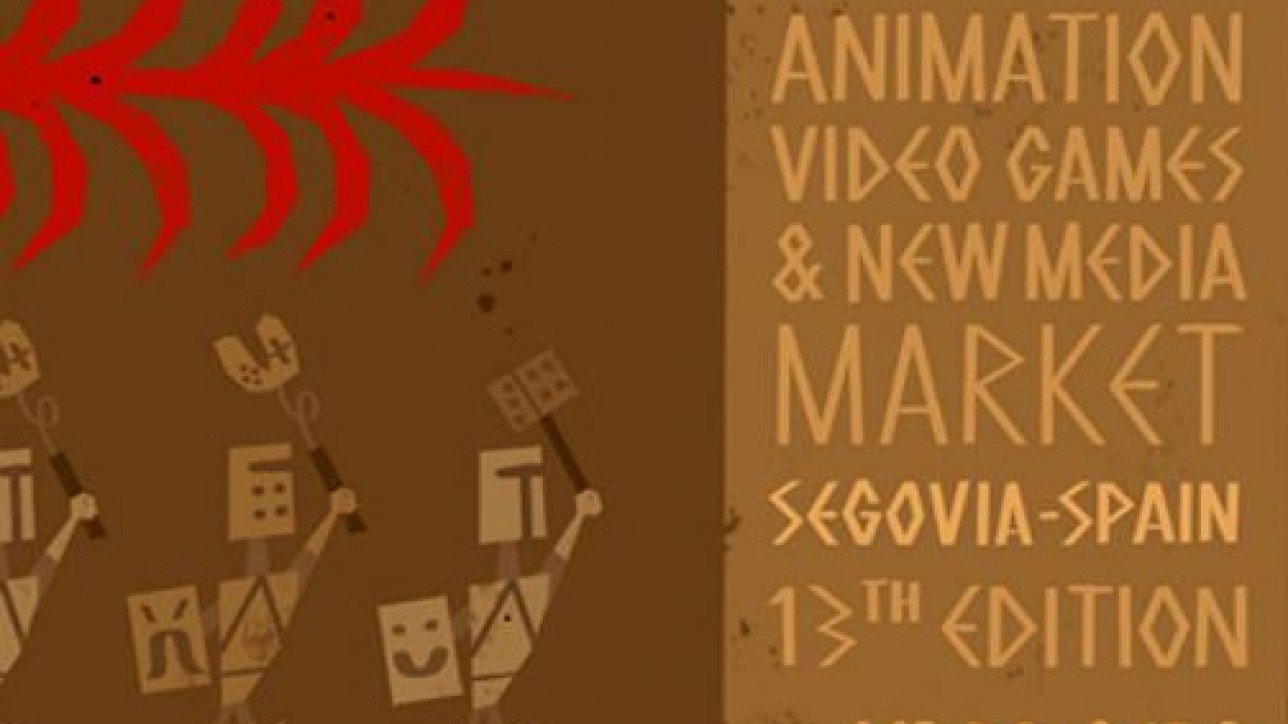 who will exclusively present the short film Leopoldo el del bar, are some of the names that are added to a luxurious panel

The jury of the 3D Wire Fest will be integrated by the Polish Katarzyna Grodmadzka, the Portuguese Andrea Basílio, the French Alexis Laffaille and the Spanish José Luis Ucha

Segovia, September 2nd, 2021 Weird Market, International Animation, Videogames and New Media Market and 3D Wire Fest, International Animation Festival, advance news about the content and format of its 13th edition. The event will have a new headquarters in 2021, which will be La Cárcel_Segovia Centro de Creación; In addition, important names are announced within the program of talks and presentations: José Luis Ucha and Graham Gallagher, Isabel Tallos and Diego Porral will be some of the protagonists of this edition that will be held between September 24th and October 3rd. On the other hand, the 3D Wire Fest jury will be made up of four international professionals from Poland, Portugal, France and Spain.

The old provincial prison of Segovia will be the reference point for this cultural event. A rehabilitated and multidisciplinary space dedicated to promoting artistic creation and enhance creative industries. The Julio Michel room together with the Ex.presa 2 room, cells and patios will harbor all the activities and screenings.

A program that will once again be a reference point to learn about the projects that the animation industry is preparing both nationally and internationally. A cast of personalities that is expanded with global references in the sector such as José Luis Ucha (Director of My Little Pony: A New Generation), Graham Gallagher (Animator in Guardians of the Galaxy, Paddington or The Jungle Book), Isabel Tallos (co-founder of Everguild) or Diego Porral (A Day in the Park).

Director José Luis Ucha will be in Segovia together with Graham Gallagher (Animation Director and Head of Character) to talk about the film My Little Pony: A New Generation and how the entire creation process has been, how to adapt the popular toys from “My little Pony”, a famous IP, to an animated feature film. This international co-production by Hasbro, Entertainment One and Boulder Media premieres on Netflix on September 24th and features the voices of Vanessa Hudgens (High School Musical), Kimiko Glenn (Orange is the New Black), James Marsden (X-Men, Westworld, Enchanted) or Sofia Carson (Descendants). Gallagher also has a great professional background as an animator, with a filmography featuring Oscar-winning titles such as the animated film Tarzan or Gravity by Alfonso Cuarón, as well as great blockbusters such as Guardians of the Galaxy, The Jungle Book or Paddington.

Another of the main names will be Isabel Tallos, the co-founder of Everguild, an ambitious video game studio that operates from the United Kingdom and Spain (specialized in digital collectible card games) that includes titles such as The Horus Heresy: Legions, based on the Warhammer 40,000 universe from Games Workshop. Tallos will talk about the relationship between strategy games and video games and more specifically how to get from a board game IP to a video game.

Finally, a long-awaited premiere, the short film Leopoldo el del bar by Diego Porral, winner of the Movistar + Short Film Project Award of the eleventh edition. It will be its own director, the nominee for a Goya award for his previous work A Day in the Park, together with the producer and screenwriter Joaquín Garralda and Guadalupe Arensburg, Director of the Movistar + Short Films Department, who will present this new work exclusively in Segovia.

3D Wire Fest 2021 will have an international jury from Poland, Portugal, France and Spain; four top professionals in the animation industry. The producer Katarzyna Gromadzka, the Head of the Children’s and Youth Department of the RTP chain Andrea Basílio, the creator and producer Alex Laffaille and the director and screenwriter José Luis Ucha will be in charge of elucidating the list of winners of this edition.

The Polish Katarzyna Grodmadzka is an executive producer (Kids of Courage, dir. Matthias Zirzow, 2019 Emmy Kids Award nominee) and co-founder of Momakin. In addition, she is the coordinator of the Polish Quality project, a member of the Polish Association of Filmmakers (SFP) and a member of the Polish Association of Animation Producers (SPPA). With a background in Film and TV Production at the Lodz Film School, Katarzyna has worked as a production manager for film festivals (CAMERIMAGE, SE-MA-FOR Film Festival), and is co-founder of ANIMARKT Stop Motion Forum, an international event dedicated exclusively for professionals in stop motion animation.

On the other hand, the Portuguese Andrea Basílio is since 2015 the head of the Children’s and Youth Department of the RTP (the public radio and television service in Portugal). From her position she coordinates acquisitions, programming, commissioned works and own projects for preschool, children and teen audiences for RTP’s ZIG ZAG space. In her professional background she has also developed animation series for various production companies.

The third member of the jury is the French Alexis Laffaille. Although he started in the world of journalism, Laffaille soon turned to animation. His arrival as a producer at the Parisian animation studio Kawanimation, marks the beginning of projects in development that become successful webseries and short films, such as IL LE FAUT!, Batz or Le Bien Chasser (Special mention to best TV series project at the 2011 Annecy Festival). These humorous and crazy projects represent Kawa’s editorial approach and are part of a new generation of audiovisual content.

Finally, the director and screenwriter José Luis Ucha. This man from Cádiz has more than 20 years of experience in the animation industry creating, developing, writing, directing and producing more than 900 episodes of 20 completed projects; Together with studios and artists from all over the world, he has directed series such as Bernard (Best Animation in Anima Mundi 2004 and Finalist for Best TV Series in Annecy 2005), The Secret Life of Suckers (Kids‘ Jury Best Series Mipcom 2009), Canimals (Kids‘ Jury Best Series Mipcom 2010), or Invizimals are some of these works. In 2021 he made his feature film debut with My Little Pony: A New Generation for Hasbro / eOne / Boulder Media.

The 13th edition of Weird Market and 3D Wire Fest is held this 2021 in a one hundred percent onsite way, but with reduced capacity due to the current epidemiological situation. The organizers will strictly implement the Plan of Prevention and Control Measures of the Junta de Castilla y León to face the health crisis caused by COVID-19. All activities will be under capacity control, use of a mask, hand washing and disinfection, as well as social distancing.

The hybrid format, online and onsite, will only remain present in the viewing of the catalog of short films, international short films, international music videos and all national works. Between September 27th and October 10th, programmers, distributors and buyers of short films will be able to view the works through the digital platform Festhome.tv; the screening booths will also be enabled for professional attending on October 1st and 2nd.

Due to the capacity restriction, the number of accreditations for this Weird Market edition will be very limited. The opening of accreditations will take place next Monday, September 6th. As for the 3D Wire Fest screenings, they will be like last year, free and until full capacity is reached.