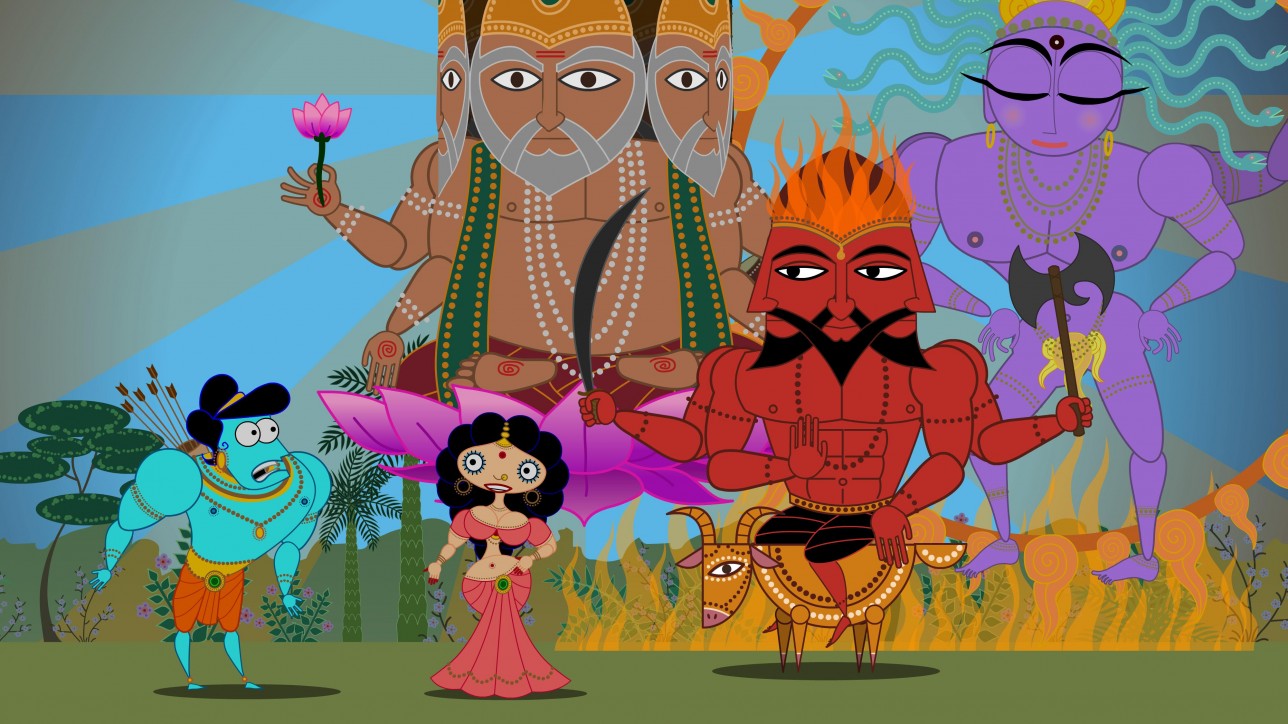 „Sita Sings the Blues“ is based on the Hindu epic „The Ramayana“. Sita is a goddess separated from her beloved Lord and husband Rama. Nina Paley is an animator whose husband moves to India, then dumps her by email. Three hilarious shadow puppets narrate both ancient tragedy and modern comedy in this beautifully animated interpretation of the Ramayana. Set to the 1920’s jazz vocals of torch singer Annette Hanshaw, Sita Sings the Blues earns its tagline as „the Greatest Break-Up Story Ever Told.“ It is written, directed, produced and animated by American artist Nina Paley. „Sita Sings the Blues“ was released in 2008 only after long negotiations with the copyright holders of the 80-year-old songs recorded by Annette Hanshaw. Following the experience of almost having her film blocked from distribution, Nina Paley released it freely under a Creative Commons Attribution-ShareAlike license, and now devotes a significant portion of her time to free culture activism. She is Artist in Residence at the non-profit QuestionCopyright.org.

For more about the film and about Nina Paley’s other work, see http://sitasingstheblues.com