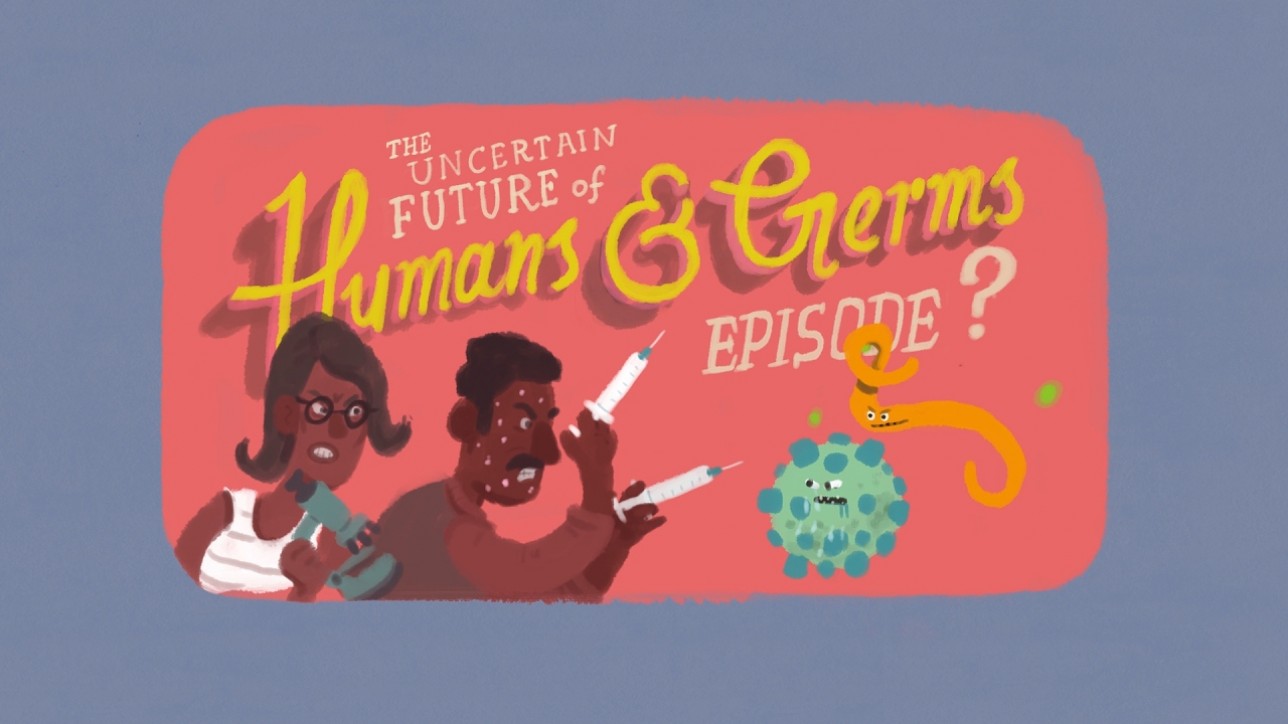 For most of human history, we had a lot of bad ideas about how we were getting sick: angry gods, misaligned planets, stinky fumes. We also had plenty of bad ideas about how to prevent it, like bloodletting, large holes in the head and drinking arsenic. Things started changing only about 200 years ago. An English doctor named Edward Jenner decided to take a closer look at a promising folk remedy. (We’ll leave the details for the video.) Eventually, he invented vaccination, our first safe and effective way to fight disease. About time! So what did that do for us? Consider that in 1900, the average person lived only about 30 years. Today, most of us live to seventy. We were so successful in such a short time, the U.S. Surgeon General reportedly exclaimed in 1967 that we had closed the book on infectious disease. If only! The history of humans and germs turns out to be way more complicated.