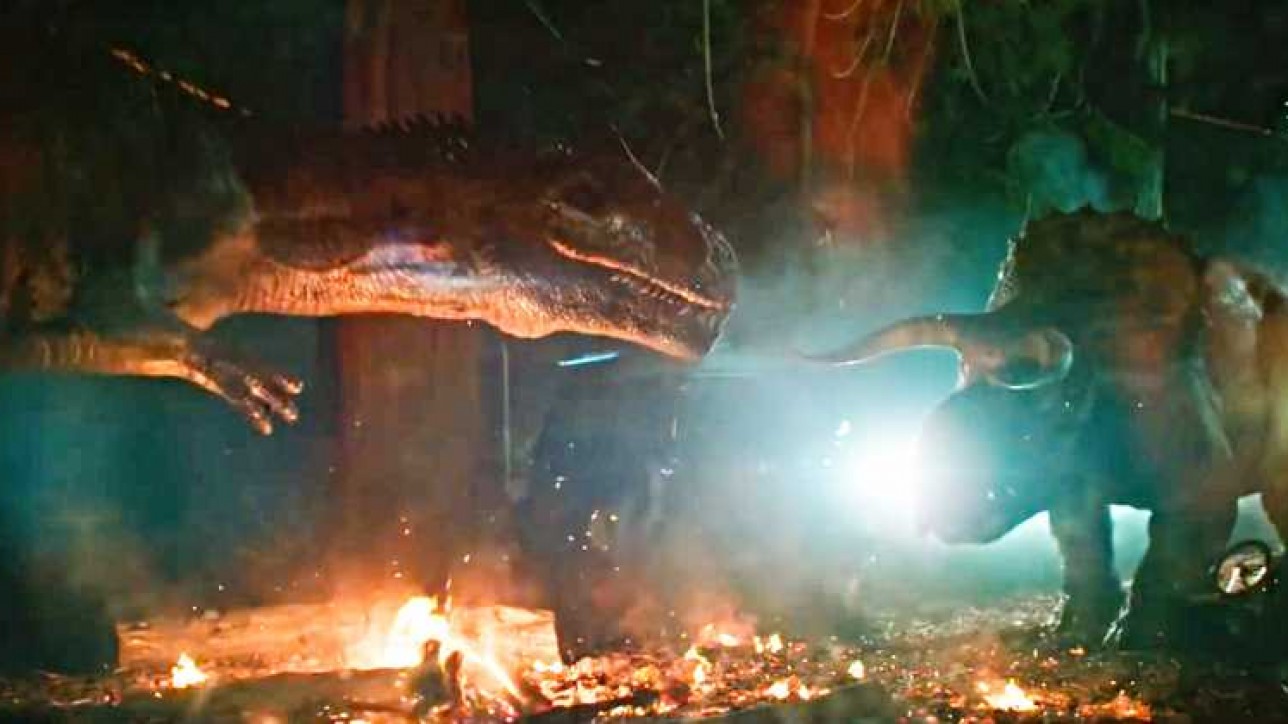 BATTLE AT BIG ROCK is an all-new short film directed by Colin Trevorrow, written by Trevorrow and Emily Carmichael.

The short takes place one year after the events of the last Jurassic World film in Big Rock National Park, where dinosaurs are now living in our world. The story follows a family of four whose encounter with these wild animals becomes a terrifying fight for survival.