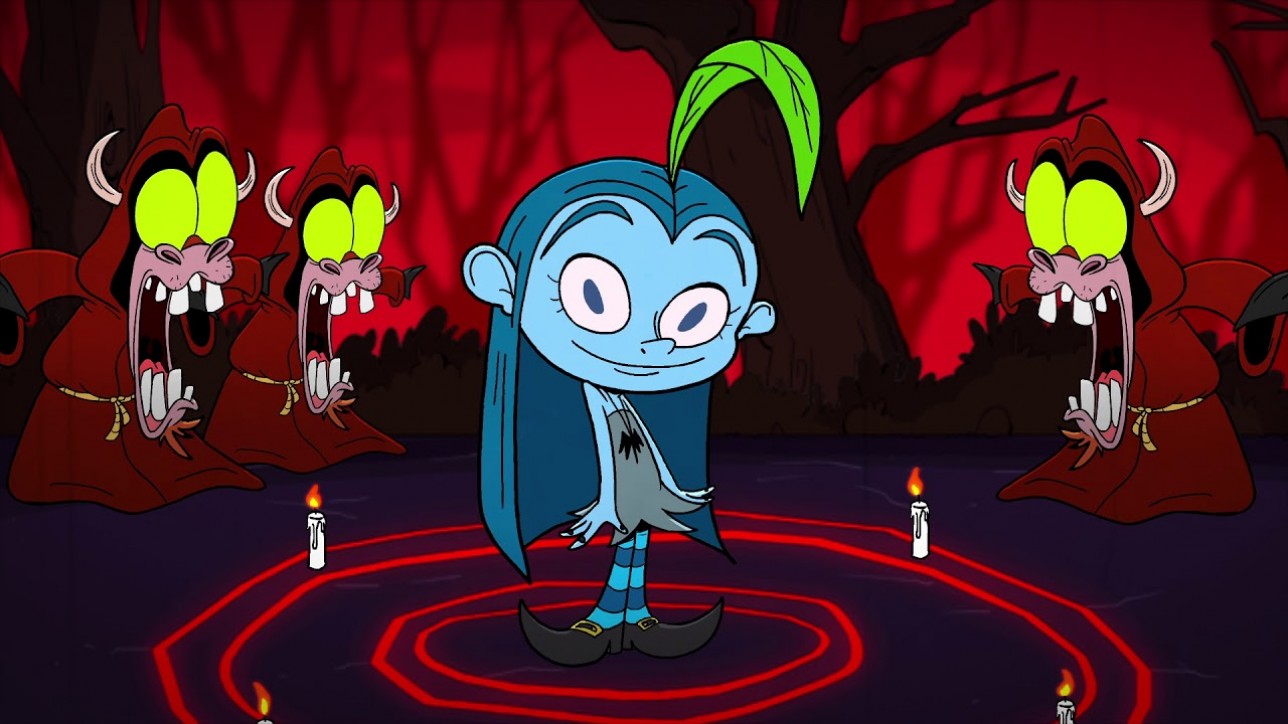 Bluehilda wants to go into the woods to catch the elusive Copperback Raboon for dinner. Her plans are side tracked when Francis flies off and gets caught by the Unbearables! Bluehilda puts her years of training to the test to save her beloved pet! The Bluehilda short started around 2014 and completed in early 2017. I hope in due time I can go further with Bluehilda, but until then, enjoy the stand alone short that was my first created idea in conjuction with Titmouse. Stay true blue! Bluehilda