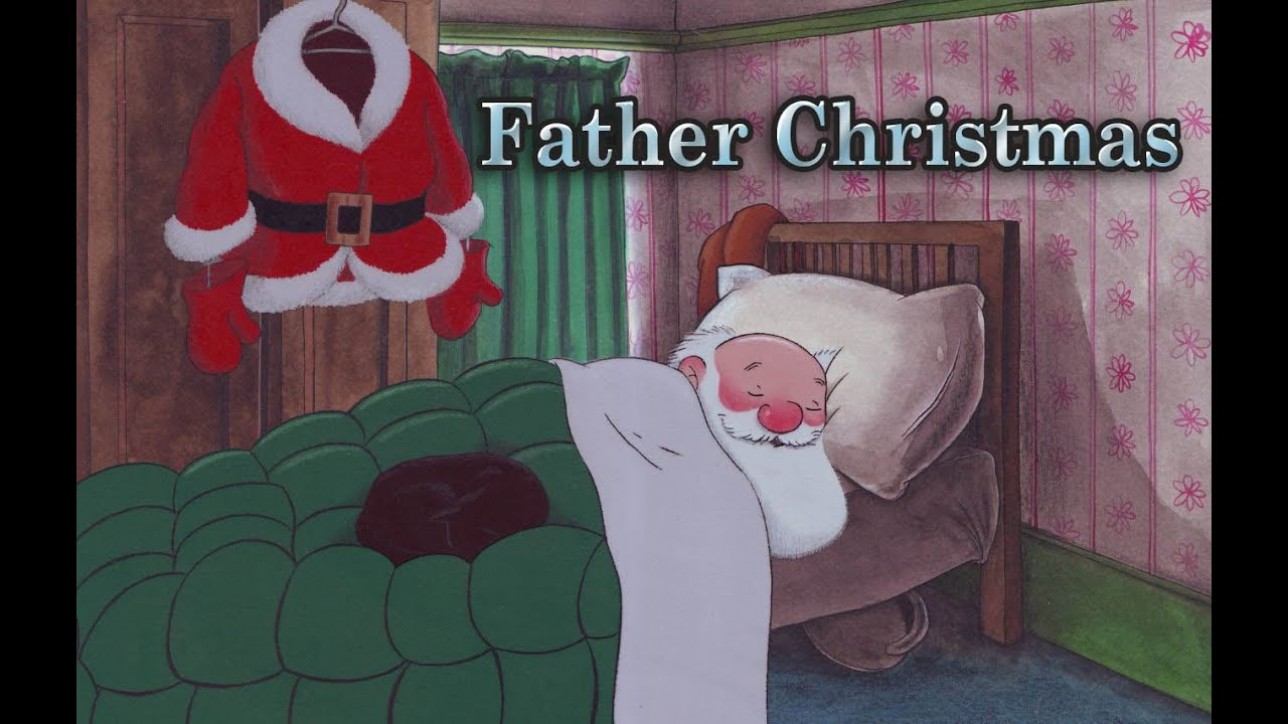 Father Christmas is an award winning animated special based on two books written by Raymond Briggs: Father Christmas and Father Christmas Goes on Holiday, and is a companion piece to The Snowman. This FC may physically resemble a stereotypical vision of Father Christmas, with a large white beard and red suit, but his mentality is slightly different. This FC is down-to-earth and, though rather grumpy as a defensive front, is in truth actually warm hearted, much as he hates to admit it! After a hard night’s work on Christmas Eve delivering presents to children all around the world, FC decides to go on a „blooming vacation“, converting his sledge into a caravan. He holidays in France, Scotland and Las Vegas before coming home and settling down, with a bit of grumbling, to answer the mail, get the presents ready, deliver them to one and all and get to the Snowmens‘ party on time. Unfortunately he discovers he has forgotten to deliver one rather important present – to a certain resident at Buckingham Palace.