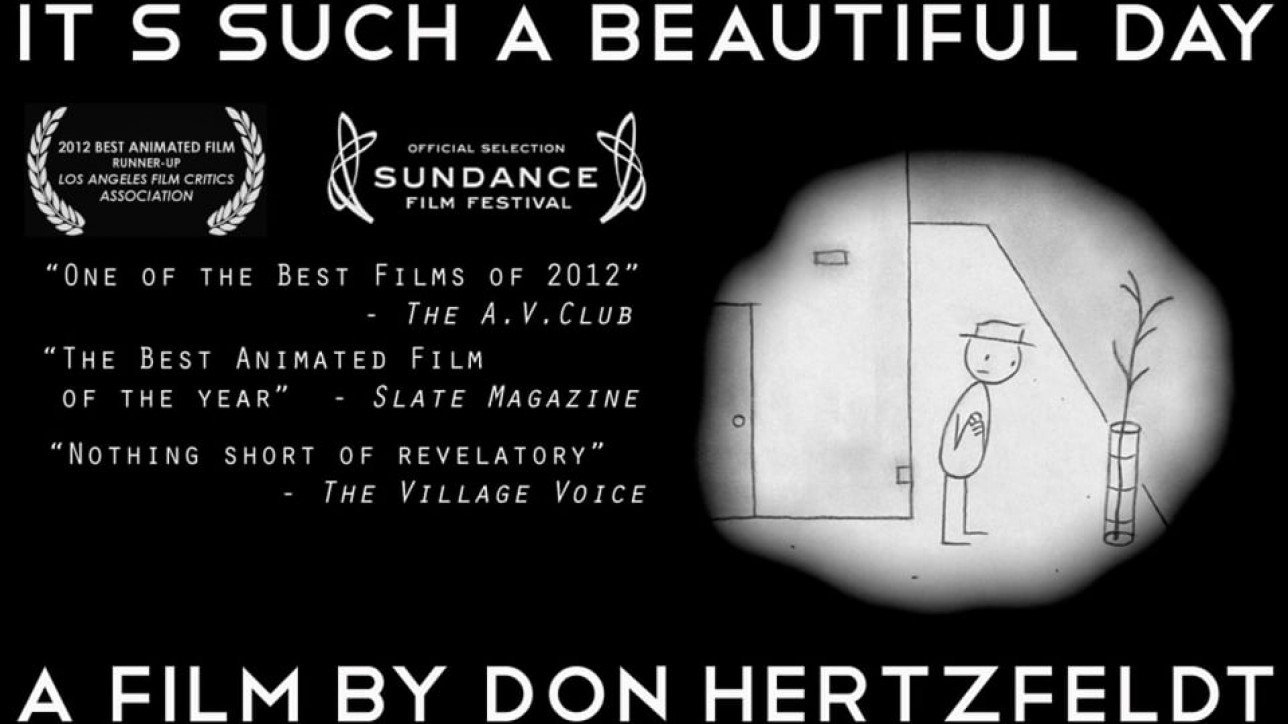 IT’S SUCH A BEAUTIFUL DAY from don hertzfeldt on Vimeo.

Independent animator and two-time Academy Award nominee Don Hertzfeldt has seamlessly combined his three short films about a man named Bill („Everything will be OK“ (2006), „I Am So Proud of You“ (2008), and „It’s Such a Beautiful Day“ (2011)), into a darkly comedic, beautiful new feature film.

Blending traditional animation, experimental optical effects, trick photography, and new digital hybrids printed out one frame at a time, all three chapters of the story were captured entirely on a 1940s-era 35mm animation stand, one of the last surviving cameras of its kind still operating in the world.

Upon their original releases, the short film trilogy received 90 awards, including the Grand Jury Prize in Short Filmmaking from the Sundance Film Festival and the Audience Award from the Ottawa International Animation Festival.

„It’s Such a Beautiful Day“ finally brings Bill’s entire story together, presented here for the first time in HD.