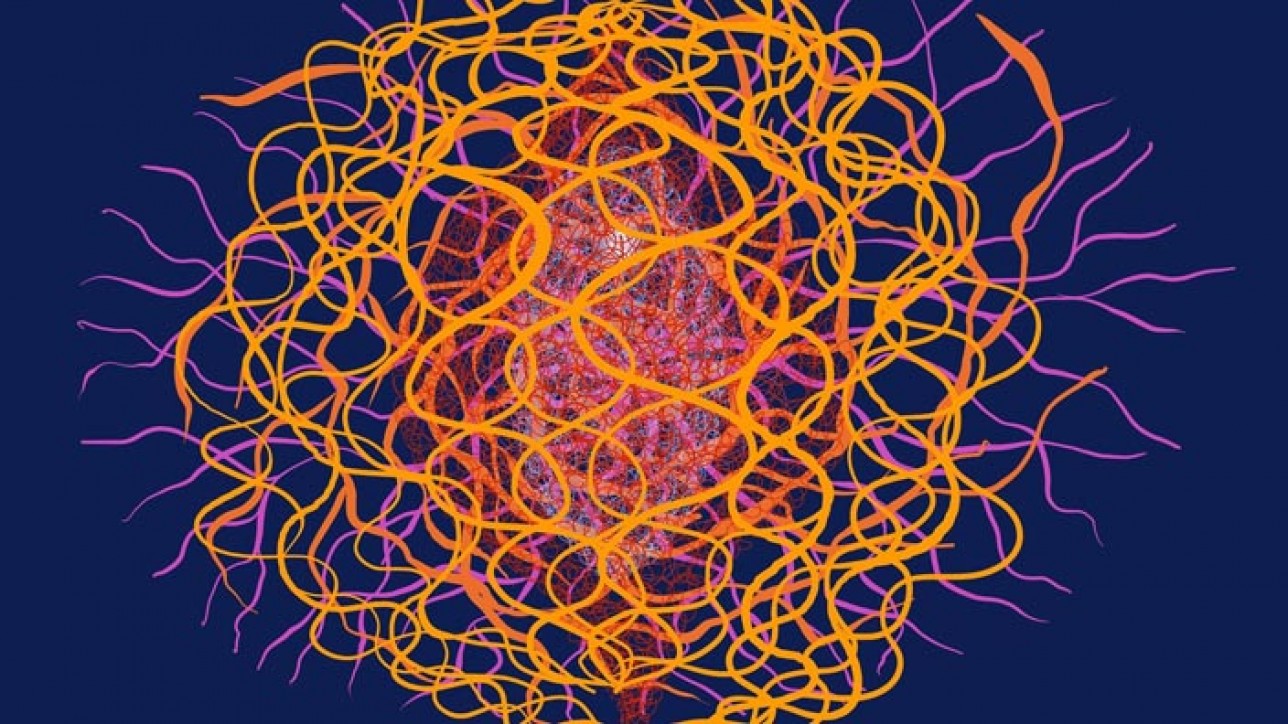 June, Munro Ferguson, provided by the National Film Board of Canada

Made in memory of Canadian artist and filmmaker Joyce June Wieland, June is a hand-drawn stereoscopic animation by NFB animator, Munro Ferguson. It is like a three-dimensional abstract painting that moves. June is Munro’s attempt to capture what it was like for him to know Joyce. Part 1, „Alzheimer’s“, is about the end of her life. Part 2, „Memory“, is about what she was like during the height of her creative powers.

In an interview by Aaron Pollard (multidisciplinary artist and researcher and head of OBORO’s multimedia sector), artist and NFB animator Munro Ferguson shares some of the magic behind June. Ferguson discusses the technology and the software used to create the piece, as well as the music that is featured, and his inspiration for the creation of the film, his friend and mentor, artist Joyce Wieland.

Born in New York City in 1960, Munro Ferguson studied painting and drawing at Banff and Philosophy at the University of Toronto. In 1984 Munro created Eureka!, a comic strip about science which was syndicated in over 30 newspapers internationally. In 1994, he joined the National Film Board English Program’s Animation Studio, where he wrote, directed and animated numerous films including Falling in Love Again, winner of the 2004 Genie Award for Best Animated Short. He has also created virtual reality experiences and dome films.

Aaron Pollard is a multidisciplinary artist from Montreal who has been producing and presenting video art and multimedia performances since the early 1990s. His works have been shown in Canada and abroad. He studied at the Emily Carr University of Art and Design and Concordia University, where he completed an MFA. He is the co-founder of 2boys.tv as well as researcher and head of OBORO’s multimedia sector. The exhibition at OBORO is presented in collaboration with the National Film Board of Canada and continues until October 23, 2021.