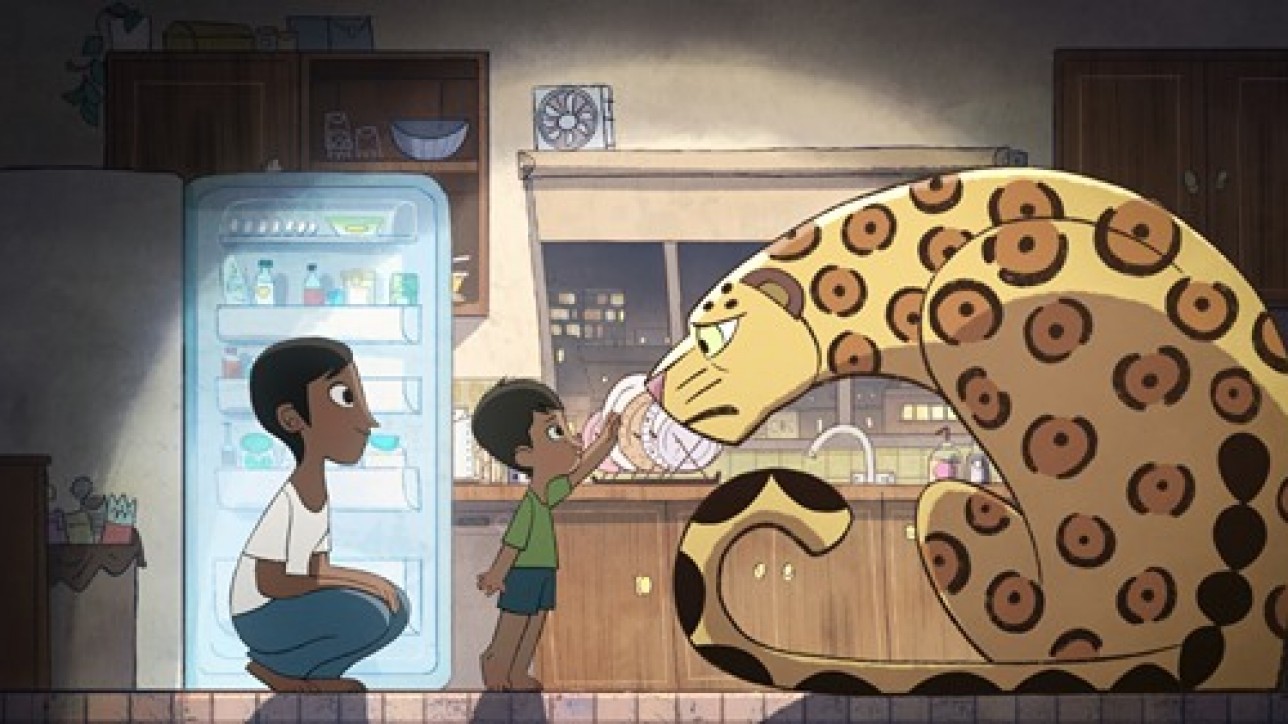 Sir Paul McCartney said:  „The world’s forests are truly irreplaceable. They’re home to Indigenous Peoples, amazing wildlife and are vital in our fight against the climate crisis. But, as Greenpeace’s ‘Monster’ animation so powerfully shows, these forests are being cleared at a shocking rate to farm more industrial meat and dairy. This is why reducing our meat is so important. But that alone isn’t enough. To solve this problem, we need supermarkets and fast food restaurants to clean up their supply chains and make the switch to less destructive, plant-based alternatives. Our forests – and all our futures – depend on it.“

Tomm schrieb auf Facebook: „I’m so proud of this film that I codirected with Fabian Erlinghauser and worked with the amazing team of Artists from Wolfwalkers on for three months this summer – amazingly everyone worked from Home , whether that was Switzerland , Kilkenny , France , Italy , Spain , the Canary Islands or elsewhere and it was a dream project with a dreamTeam about an extremely important cause ..“

Jag-wah’s forest home is being burnt down to graze cattle and grow animal feed for meat. If we don’t act, more precious habitats will be ruined, Indigenous Peoples could lose their homes, and we’ll lose the fight against climate change. Monster, the sequel to Rang-Tan, a new short film from Greenpeace made with four-time Academy Award®, Golden Globe®, BAFTA and Emmy nominated animation studio Cartoon Saloon and independent creative agency Mother, to support our mission to end the role of industrial meat in deforestation and climate change, and to challenge the companies who are responsible.

Fabian Erlinghäuser, greenpeace, there is a monster in my kitchen, tomm moore