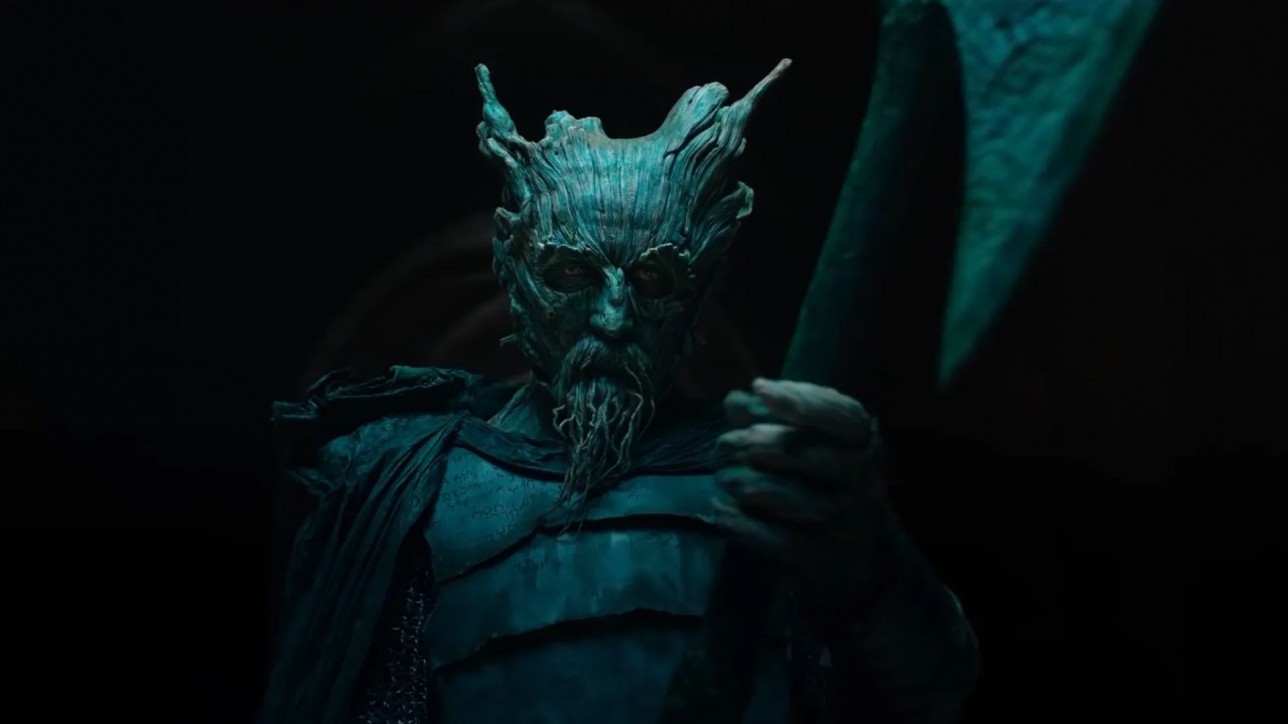 The director David Lowery drew inspiration from the cosmos, Hammer horror films and an Ewoks TV movie to build this ethereal scene in “The Green Knight.” Dev Patel stars as Gawain in this adaptation of the 14th-century poem that sends its protagonist on a long, deadly quest. Gawain has several intriguing encounters along the way, including this one at a cottage, where he comes across a spirit named Saint Winifred (Erin Kellyman). She implores him to help retrieve her head, which was decapitated and thrown into a spring. The scene, which was shot at night, has a haunting quality, and while Lowery and his crew shot in a real location in Ireland, he said he wanted the atmosphere to mimic the gothic, soundstage look of a horror film from the British company Hammer. And he said an underwater portion of the scene was inspired by the made-for-TV movie “Caravan of Courage: An Ewok Adventure,” in which a character gets pulled into a magical pond. “That terrified me as a child,” he said, “and that’s directly what this is pulled from.”
Read the New York Times review: https://nyti.ms/2Wuh5ce
Subscribe: http://bit.ly/U8Ys7n
More from The New York Times Video: http://nytimes.com/video
———-
Whether it’s reporting on conflicts abroad and political divisions at home, or covering the latest style trends and scientific developments, New York Times video journalists provide a revealing and unforgettable view of the world. It’s all the news that’s fit to watch.
david lowery, dev patel, the green knight