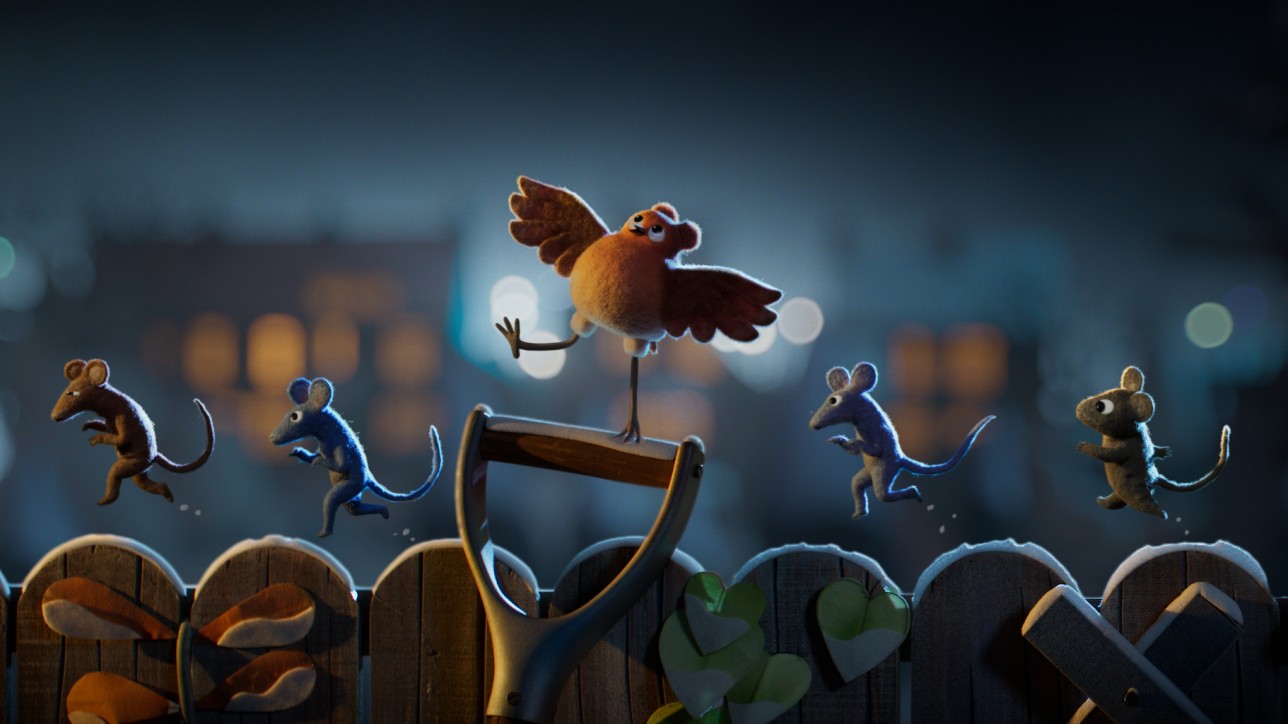 When her egg fortuitously rolls into a rubbish dump, Robin is raised by a loving family of mice. As she grows up, her differences become more apparent. Robin sets off on the heist to end all heists to prove to her family that she can be a really good mouse – but ends up discovering who she really is.

Netflix is the world’s leading streaming entertainment service with 208 million paid memberships in over 190 countries enjoying TV series, documentaries and feature films across a wide variety of genres and languages. Members can watch as much as they want, anytime, anywhere, on any internet-connected screen. Members can play, pause and resume watching, all without commercials or commitments.

A number of Aardman’s beloved films, such as Wallace & Gromit: The Curse of the Were-Rabbit, Flushed Away, and Shaun the Sheep Movie are currently available for members to enjoy on Netflix in most countries.

Aardman, based in Bristol (UK) and co-founded in 1976 by Peter Lord and David Sproxton, is an independent and multi-award-winning studio. It produces feature films, series, advertising, games and interactive entertainment – such as the ‘visually astonishing’ (Guardian), BAFTA® nominated console game, 11-11: Memories Retold, and the four-times Gold Cannes Lions-winning StorySign app – and innovative attractions for both the domestic and international market, including a new 4D theatre attraction at Efteling in the Netherlands.

Its productions are global in appeal, novel, entertaining, brilliantly characterised and full of charm reflecting the unique talent, energy and personal commitment of the Aardman team. The studio’s work – which includes the creation of much-loved characters including Wallace & Gromit, Shaun the Sheep and Morph – is often imitated, and yet the company continues to lead the field producing a rare brand of visually stunning content for cinema, broadcasters, digital platforms and live experiences around the world.

The studio runs the Aardman Academy, which is committed to nurturing talent by delivering excellence in film and animation training and mentoring. . The Aardman Academy offers a variety of courses from intensive one-day workshops teaching production skills and storyboarding, to comprehensive twelve-week courses for professionals in craft based subjects from model making to animation.

In November 2018 it became an Employee Owned Organisation, to ensure Aardman remains independent and to secure the creative legacy and culture of the company for many decades to come. www.aardman.com