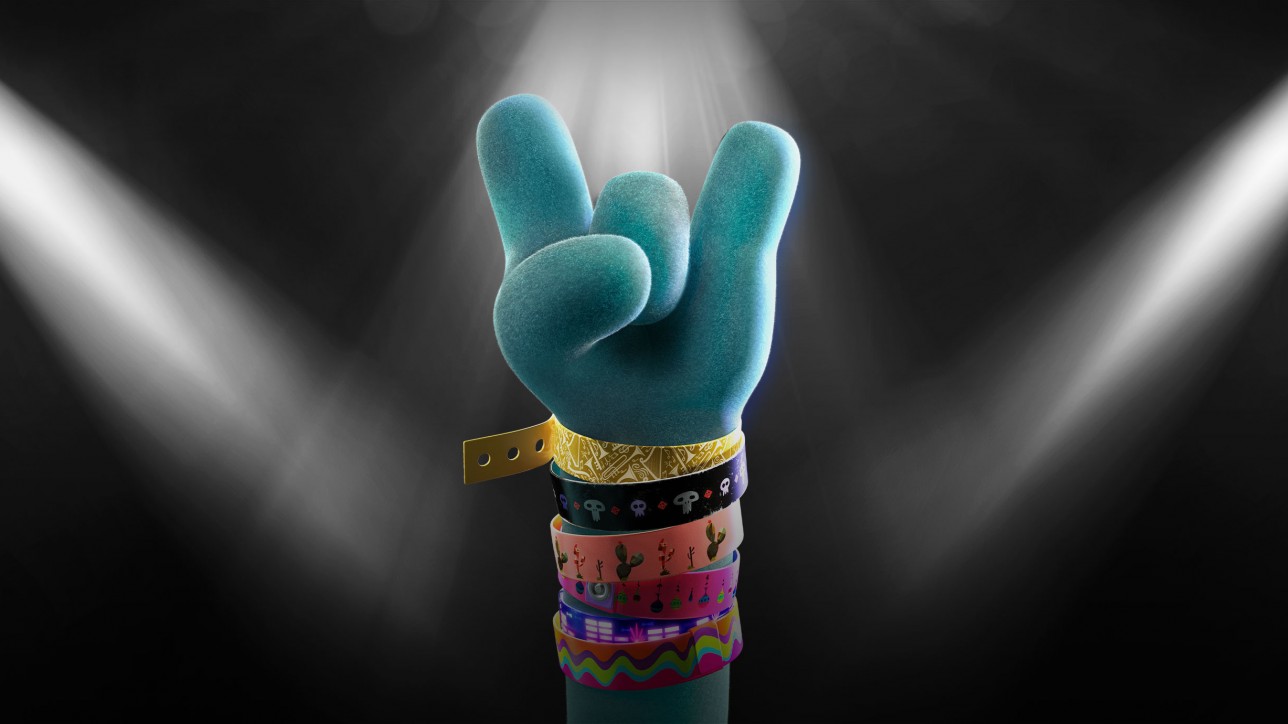 Walt Dohrn (born December 5, 1970) is an American writer, animator, musician, and voice actor. who is currently codirecting the Dreamworks animation feature „ Trolls World Tour“, the sequel to „Trolls „ (2016) also directed by Walt Dohrn and Mike Mitchell. The sequel is co-directed by David Smith. The film is set to be released April 17th, 2020 in the United States. (In Germany the film will be released March 26th 2020)

The Interview was done over the phone and was limited to ten minutes! The occasion was the release of the new trailer!

Johannes Wolters: Walt!!! Nice to meet you! I am very honored that you take your time and talk to me!

WD: Of course, yeah! I love to talk about the film!

WD: We are so excited about this. I mean it is better then we ever could imagine it could be!

JW: Having seen the new trailer its like „We meet all of the beloved characters – and then some!!!!“ What do you think is the most interesting thing about doing a sequel?

WD: I think the most interesting thing is a chance, as you just said, to meet new characters and go to worlds, that we have not seen before! But working on a sequel like the Trolls movie the really most exciting thing for me is working on all the new music!

WD: For sure! There is almost no limit of what the technology can do! Of course there are budgetary restrains! But there is no limit creatively of what we can accomplish! So once we have that tool, those tools with all of our team, there is no stopping us! And my Co-director Dave Smith and I, we said: „Hey! Maybe we only get to make this one movie for the rest of our lives… So let us throw everything we want to see in a movie in this one movie!“ That´s perhaps what you might be picking up on.

JW: In what way would you describe the essence of animation? And how did you put that into your film?

WD: You know, I think the essence of animation… and that line is getting more blurred as you have seen in modern films using more and more animation… But for us, being big fans of animation and students of animation , I think what animation can do more then any other artform is transport you to a place you have never been before. So I think, that was our number one priority! You know, like you said, what you have seen in the trailer I do not think anyone has ever seen anything like the worlds that the team has created here.

JW: The first Trolls movie had many wonderful moments, I think the „Sound of Silence“ sequence is outstanding, but I have to say, what I liked most was that in a time where many animated characters in different films by different studios started to look a little bit the same, in this regard Trolls was an extraordinary change in style. It was something different! You did that on purpose I assume and not by accident?

WD: Yeah for sure (laughing) Well, there is always a little bit of things happening on accident but there was a real intent from the first movie and especially in this one was to create a world and a look and a feel unlike anything else because as you said there are so many movies out there, so many more animated movies specifically then there ever has been. So what is the way of kinda stand out? And it all kind of naturally came out of the original troll doll! They had this kind of felted clothes and this look and this feel. So it came from there and working with our production designer Kendal Cronkhite and our art director Tim Lamb – they came up with that look I feel like that does not look like any other animated movie. .. So it was definetely an intent film! (laughing!)

JW: I was hooked on animation when at a very young age I saw „The Old Mill“, Disney´s Silly Symphony from 1937. Since then the combination of animation and music is for me the most enchanting way to tell a story. How did you work with he music in your film? Did you had the music first? How did you incorporate the music into the story as a stordriving element?

WD: Ahh, yes! First I love that you are a fan of animation! Yeah, I loved „the Old Mill“. I mean, I could not be a bigger fan of animation like yourself and of the history of animationl. Yes, the music is happening at the same time as we are coming up with the story! So we also need music which is complicated in a movie with a sonic identity that we have, which is some of the songs are known songs and some of them are original. There is a lot of kind of pop music. So, we still, like a traditional musical want to use the music to push the narrative forward. So we are always taking this into consideration but it is happening at the exact same time as we are coming up with the story. Does this answer your question?

JW: Michael Giacchino a few weeks ago at the View conference told us, that normally the music is coming after the film is animated, you are having the songs already while making the film.

WD: Well, what he is talking about is more about the score of a film, that is a big character in a film itself. And that does come later in the process. But the songs themselves are integrated into the storyprocess and then we would use our composer, Theodore Shapiro, …he was part of the process too, he has been coming to the screenings, we have been talking about the sonic identity of the score and how it kind of will add a cohesiveness to all the disparate genres that we have. And he also works on the same studio as our music producer Ludwig Göransson. So everyone is working collaboratively, so that what we are gonna do with the music is happening all at the same time.

JW: I almost died laughing, when I saw the first trailer, we see the antagonist emerging from the earth playing a guitar and the camera is moving around her. What a clever shot! And then we see three hands on the guitar and we do not know where the third hand is coming from. Wonderful! So, now my expectations are very high!

WD: laughing Oh good! I don´t think you will be disappointed. Not to toot our own horn, but we are very, very excited about the movie! And the team here just did an exceptional job in delivering this thing! But that teaser and now with the new trailer – it is still only a taste of what you are gonna experience. This movie is psychedelic and manic and wild and unexpected. But it has also a lot of real honest emotion in it as well – which was important to us.

WD: Yeah, really… of course I am gonna say all of it! Especially as you start to finish it… „Woo, we did it! Pheww!“ But I have grown up as an story artist. I was a story artist first! And so I feel always being attracted to that first six months to a year when you are really finding the characters, finding the story, working with the story artists, kind of roughing it out, putting it up, tearing it down, putting it back up. I think this is the most fun and the most kind of energetic… but now that I have to direct a movie working with all the other departments is just as satisfiying.

JW: This is exactly the only part of the pipeline you somehow can´t do faster. This always takes such a lot of time! To come up with the right idea, the right story! How many iterations you had to go through? Is there any recipe you can throw into the pot and thereby finishing the movie two years earlier?

WD: (laughing and sighing) I wish there was in a way! Even, you know, I like the job security (laughing) I like the friendships forming over such a long marathon of making a movie. There is not a science or a recipe. I think, what is great about animation is that you have – because it takes so long-, you have the time to work on the story over time. And we were constantly finding… I can´t even think about how many iterations there are… I think with this film more than any other I worked on, we had the foundation pretty early on and pretty quickly. All the nuances and the jokes, that all grew over a period of the course of the whole film, over three years …

JW: I met Sergio Pablos a week ago for „Klaus“ and I will ask you the same question: „When do you know, you have the best version of your story?“ I myself would be in constant doubt. I would never be able to decide, „that´s it!“

WD: (laughing) Sergio and I, we went to school together many, many years ago at CalArts. It is a very small community! We all cross paths. Yeah, but that is a tough thing, when to know! Sometimes the sketchual dictates it.

WD: Yeah! Or it is your friend! Because you can work something to death and it is nice that it does not get to overworked. „Okay, it is time to put it into layout, let´s refine it there!“ „Now it is time to animate it, okay we will refine it there!“ I think you are constantly refining it, even in lighting: „Okay, let´s make sure we change the tone of this by lighting it up or let´s directly eye over here to tell that story more clearly.“ So I think it is in constant flux, you never go „yeah, we did it!“ Until it is in the theatres I guess…

JW: But your constant companion is „doubt“?

WD: Yeah, it is! And I think that it is healthy. And that is why we have a such a big team over here! Why I have a Co-director and such a great team! That you can constantly bounce the ideas of each other and encourage each other when it is working or agree that it is not. So I think to fight that doubt is the strenght of your team!

JW: Thank you very much for your time!!!!

Walt Dorhn: Thank you Johann, that was fun!