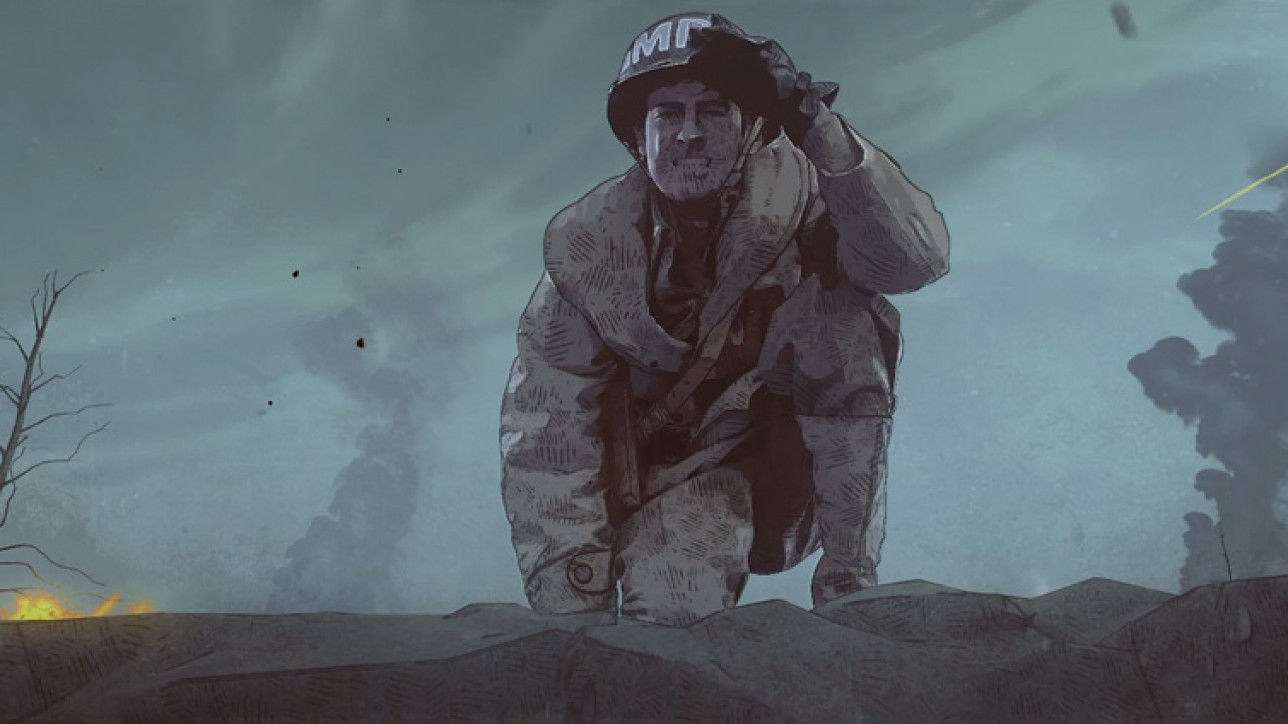 Alex Kershaw’s acclaimed WWII nonfiction book The Liberator is now a bold new animated project. Follow the 157th regiment from Sicily to the heart of Germany when The Liberator premieres this Veteran’s Day. Premieres November 11 only on Netflix

Netflix has ordered World War II drama series The Liberator, which tells the riveting true story of the bloodiest and most dramatic march to victory of the Second World War: the battlefield odyssey of maverick U.S. Army officer Felix Sparks and his infantry unit as they fought for over five hundred days to liberate Europe. Based on the book “The Liberator: One World War II Soldier’s 500-Day Odyssey” by Alex Kershaw, the series was created by Jeb Stuart (Die Hard, The Fugitive).

The combat drama will follow Sparks and the 157th Infantry Regiment from Oklahoma, a National Guard unit comprised primarily of cowboys, Native Americans and Mexican-Americans from the Invasion of Italy to the liberation of the concentration camp of Dachau.

The four-part series will be the first ever produced in Trioscope™ Enhanced Hybrid Animation, a new patent-pending technology combining state-of-the-art CGI with live-action performance, bringing an unprecedented level of emotion and fidelity to the animated drama experience. Grzegorz Jonkajtys developed the Trioscope™ technology together with School of Humans‘ L.C. Crowley.

A+E Studios is the studio unit of the award-winning global media company A+E Networks, LLC. A+E Studios creates, produces and distributes high-quality scripted programming across all networks and platforms in the A+E Networks portfolio, including Lifetime®, HISTORY®, Lifetime Movie®, and A&E IndieFilms®, as well as outside buyers. A+E Studios’ slate of programming consists of scripted series, event series and movies, including the Peabody Award-winning “UnREAL;” the event miniseries “ROOTS,” the action drama “SIX,” the breakout series “Knightfall,” and the forthcoming series “Project Blue Book” for HISTORY; and “YOU” from Greg Berlanti as well as and the upcoming Jenji Kohan-produced series „American Princess“ for Lifetime, among others.