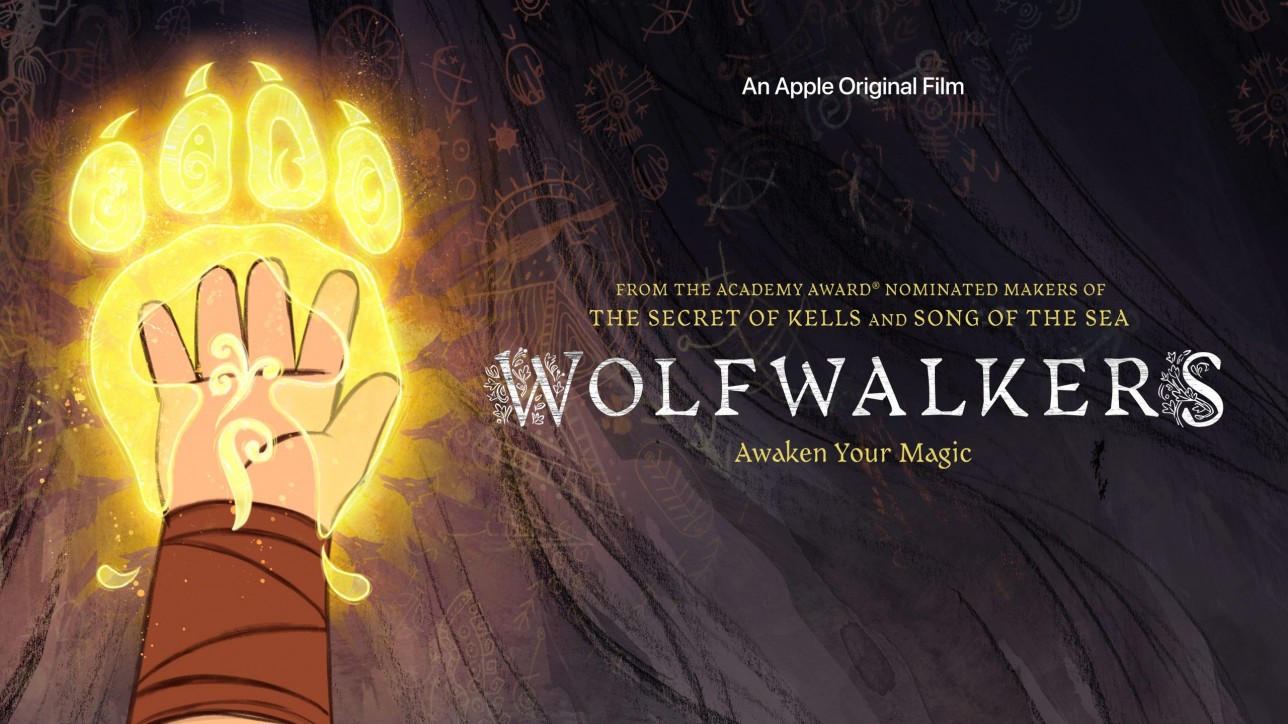 Directors Tomm Moore and Ross Stewart in conversation with TIFF in advance of WOLFWALKERS‘ premiere at the 2020 Toronto International Film Festival. In WOLFWALKERS, the Oscar-nominated animation studio behind THE SECRET OF THE KELLS returns with the tale of a magical, unlikely friendship between two girls in 17th-century Ireland.
The 45th Toronto International Film Festival runs September 10 to 19, 2020. For more, visit http://tiff.net.
WOLFWALKERS opens during Oliver Cromwell’s brutal colonization of Ireland, in the county of Kilkenny, which has fallen to English settlers after a bloody siege. On Cromwell’s orders, a young apprentice hunter, Robyn Goodfellowe (voiced by Honor Kneafsey), and her father, Bill (Game of Thrones’ Sean Bean), are sent from England to track and kill the last of the wolves that live in woods outside the city walls. Adventurous and rebellious, Robyn sneaks into the woods and discovers a world unlike any she’s ever known. There she meets Mebh (Eva Whittaker), a wild girl who was raised by wolves, and through her unique new friend begins to realize it’s not the forest that should be feared, but the “townies.” But, as she grows closer to the forest world, her relationship with her father is put to the test, as Robyn herself becomes one of the very things he is ordered to obliterate. The final instalment in directors Tomm Moore and Ross Stewart’s “Irish folklore trilogy” is a stunning testament to their singular animation style and storytelling skills. With visual references to pre-Celtic imagery and Studio Ghibli alike — and some catchy songs —
WOLFWALKERS is an instant classic for all ages.
http://tiff.net