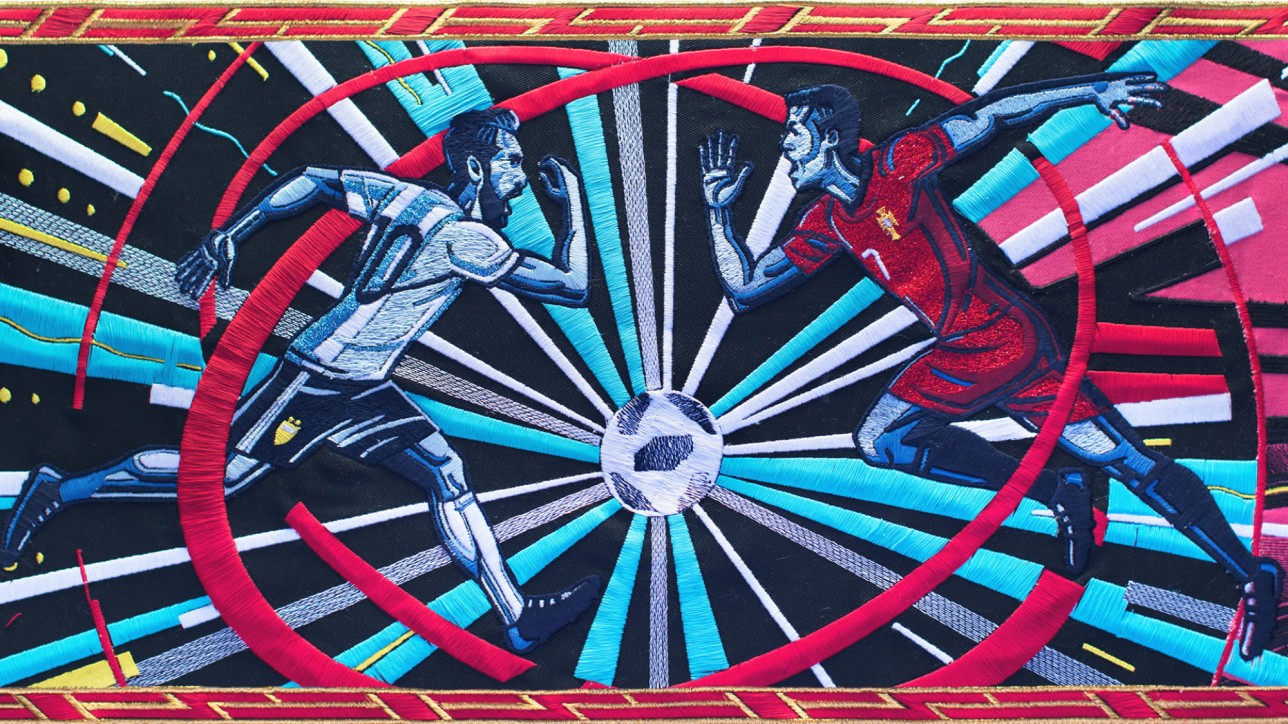 The Tapestry, directed by Nicos Livesey, features iconic World Cup memories that have been rendered entirely in embroidery. From the skill of Maradona to the heartbreak of Gascoigne, every single frame has been individually embroidered, with more than 227,000 metres of thread used to create over 600 unique frames of tapestry.

The film’s accompanying soundtrack is a piece titled Ochi Cheryne – a fitting traditional Russian Folk song which was recorded in Studio One. Specially rearranged by the talented Alex Baranowski, it features the recognisable voice of Sir John Tomlinson and the forty-piece London Metropolitan Orchestra. The lyrics portray the theme of togetherness and friendship which coincides with the aspiration of the World Cup itself.