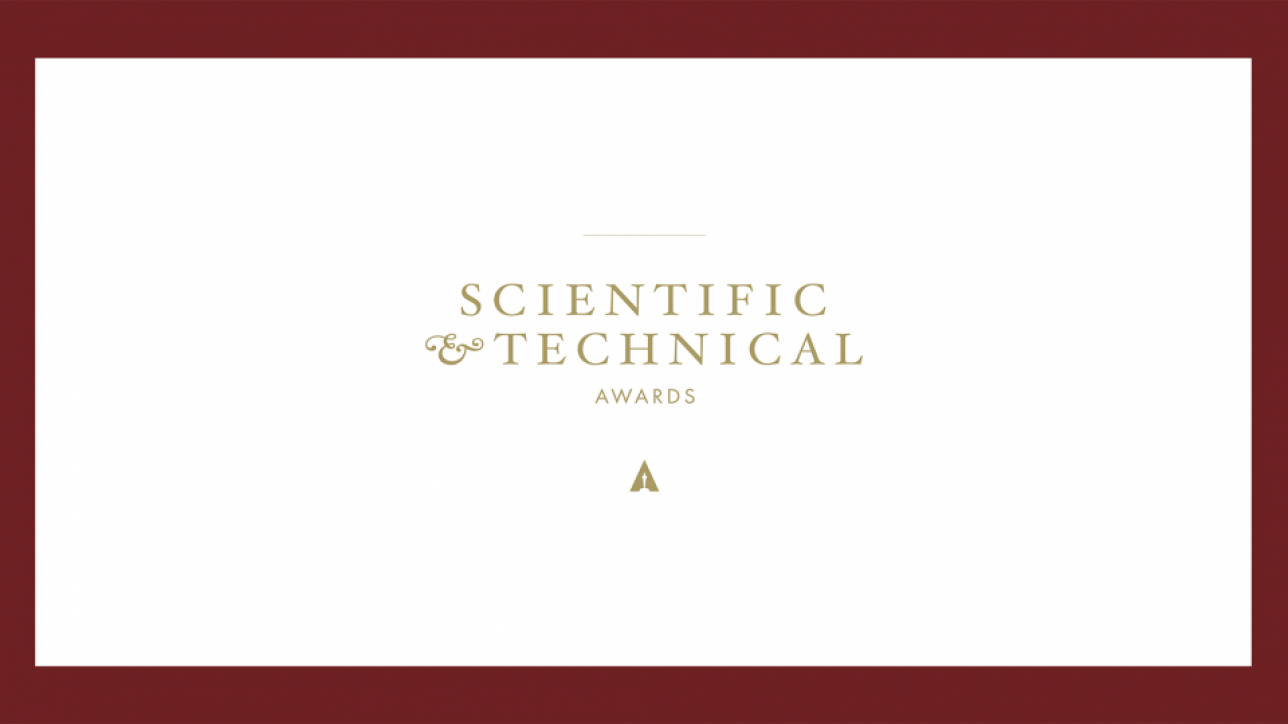 The Academy of Motion Picture Arts and Sciences announced today that 10 scientific and technical achievements represented by 34 individual award recipients, as well as one organization, will be honored at its annual Scientific and Technical Awards Presentation on Saturday, February 10, at the Beverly Wilshire in Beverly Hills.

In addition, visual effects technologist Jonathan Erland will receive the Gordon E. Sawyer Award (an Oscar® statuette) for technological contributions that have brought credit to the industry.

“This year we are happy to honor a very international group of technologists for their innovative and outstanding accomplishments,” said Ray Feeney, Academy Award® recipient and chair of the Scientific and Technical Awards Committee.  “These individuals have significantly contributed to the ongoing evolution of motion pictures, and their efforts continue to empower the creativity of our industry.”

Unlike other Academy Awards to be presented this year, achievements receiving Scientific and Technical Awards need not have been developed and introduced during 2017.  Rather, the achievements must demonstrate a proven record of contributing significant value to the process of making motion pictures.

To Jason Smith and Jeff White for the original design, and to Rachel Rose and Mike Jutan for the architecture and engineering, of the BlockParty procedural rigging system at Industrial Light & Magic.

To Joe Mancewicz, Matt Derksen and Hans Rijpkema for the design, architecture and implementation of the Rhythm & Hues Construction Kit rigging system.

To Alex Powell for the design and engineering, to Jason Reisig for the interaction design, and to Martin Watt and Alex Wells for the high-performance execution engine of the Premo character animation system at DreamWorks Animation.

To Rob Jensen for the foundational design and continued development, to Thomas Hahn for the animation toolset, and to George ElKoura, Adam Woodbury and Dirk Van Gelder for the high-performance execution engine of the Presto Animation System at Pixar Animation Studios.

Presto allows artists to work interactively in scene context with full-resolution geometric models and sophisticated rig controls, and has significantly increased the productivity of character animators at Pixar.

To John Coyle, Brad Hurndell, Vikas Sathaye and Shane Buckham for the concept, design, engineering and implementation of the Shotover K1 Camera System.

To Jeff Lait, Mark Tucker, Cristin Barghiel and John Lynch for their contributions to the design and architecture of the Houdini visual effects and animation system.

Houdini’s dynamics framework and workflow management tools have helped it become the industry standard for bringing natural phenomena, destruction and other digital effects to the screen.

To Bill Spitzak and Jonathan Egstad for the visionary design, development and stewardship of the Nuke compositing system.

Built for production at Digital Domain, Nuke has become a ubiquitous and flexible tool used across the motion picture industry, enabling novel and sophisticated workflows at an unprecedented scale.

To Abigail Brady, Jon Wadelton and Jerry Huxtable for their significant contributions to the architecture and extensibility of the Nuke compositing system.

Expanded as a commercial product at The Foundry, Nuke is a comprehensive, versatile and stable system that has established itself as the backbone of compositing and image processing pipelines across the motion picture industry.

To Leonard Chapman for the overall concept, design and development, to Stanislav Gorbatov for the electronic system design, and to David Gasparian and Souhail Issa for the mechanical design and integration of the Hydrascope telescoping camera crane systems.

With its fully waterproof construction, the Hydrascope has greatly advanced crane technology and versatility by enabling precise long-travel multi-axis camera movement in, out of and through fresh or salt water.

To Mark Elendt and Side Effects Software for the creation and development of the Houdini visual effects and animation system.

With more than twenty years of continual innovation, Houdini has delivered the power of procedural methods to visual effects artists, making it the industry standard for bringing natural phenomena, destruction and other digital effects to the screen.

Presented to an individual in the motion picture industry whose technological contributions have brought credit to the industry.