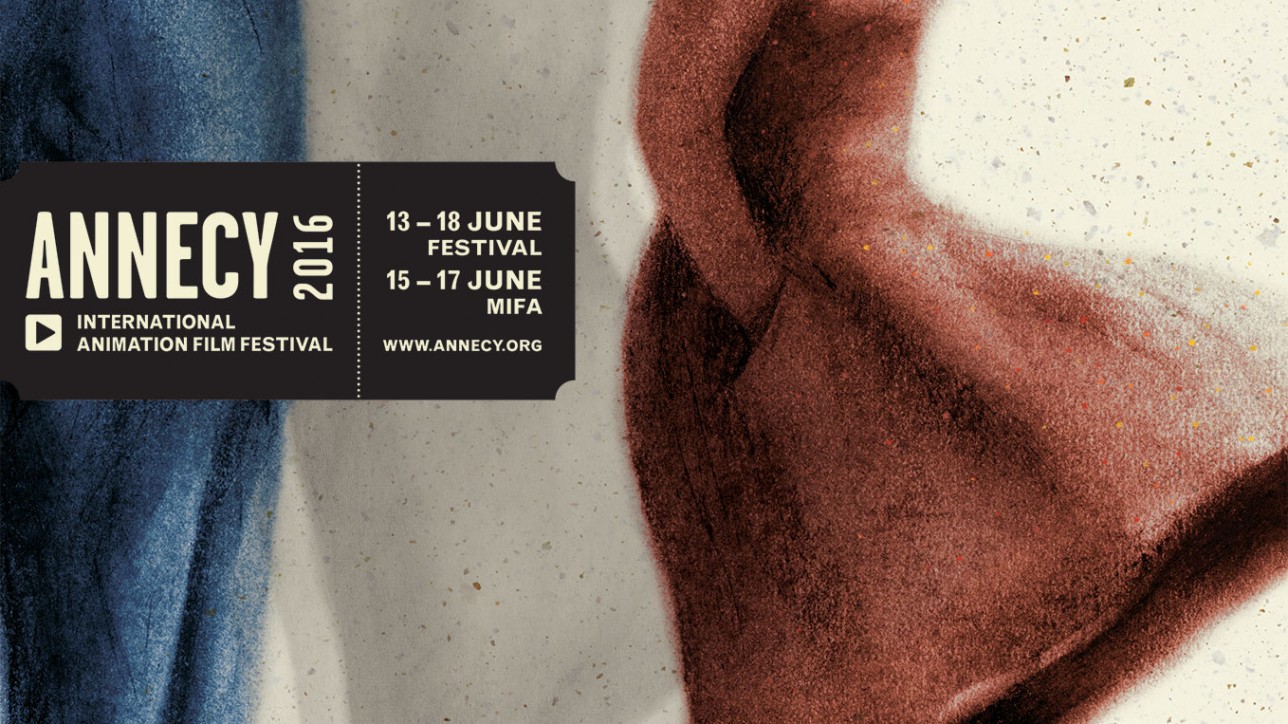 This year, the poster has been created by French Canadian illustrator Michèle Lemieux, whose children’s books have received numerous prizes, including the Bologna Ragazzi Award, the highest international accolade in children’s literature, for Gewitternacht in 1997. 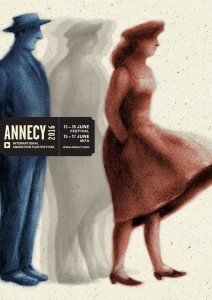 She started her career in animation by adapting this story into the short film Stormy Night (2003), which has also been awarded with a dozen prizes including the Crystal Bear at the Berlin Festival.

She then became acquainted with the Alexeieff-Parker pinscreen during a workshop given by Jacques Drouin at the NFB and was immediately enchanted by the device. So much so that she used it to make her second short, Here and the Great Elsewhere, which she finished in 2012.
The film went on to earn international acclaim at festivals in Brazil, Portugal, Poland and Estonia, and won the Grand Prix at the Wissembourg International Film Festival in 2012.

Michèle Lemieux is a drawing and illustration professor at the University of Quebec in Montreal. She is currently working on a third film, once again being made at the NFB on the pinscreen.

„France is in the spotlight at Annecy 2016, and I feel very privileged to have been asked to create the Festival poster. For this country that I love, I wanted to give a happy and timeless image, representing its perpetual movement.

For me, the magic of animation is expressed in the thousands of drawings known as intervals, which are barely noticeable to the viewer but provide a daily task for those working in the industry. These intervals are the ingredients for movement and the raw material for every conceivable transformation, from subtle gestures to visual prowess. Thanks to these drawings, life appears and comes into the world through the microscope of time in which we find ourselves when making an animated film. I wanted to portray this with two characters, a man and a woman, who represent two key drawings, connected by a series of transparent intervals that refer to their furtive appearance, but also the symbol of the bond established between human beings.“

Jessica Charbonneau from TagTeam Studio created the „signature“ for the poster.