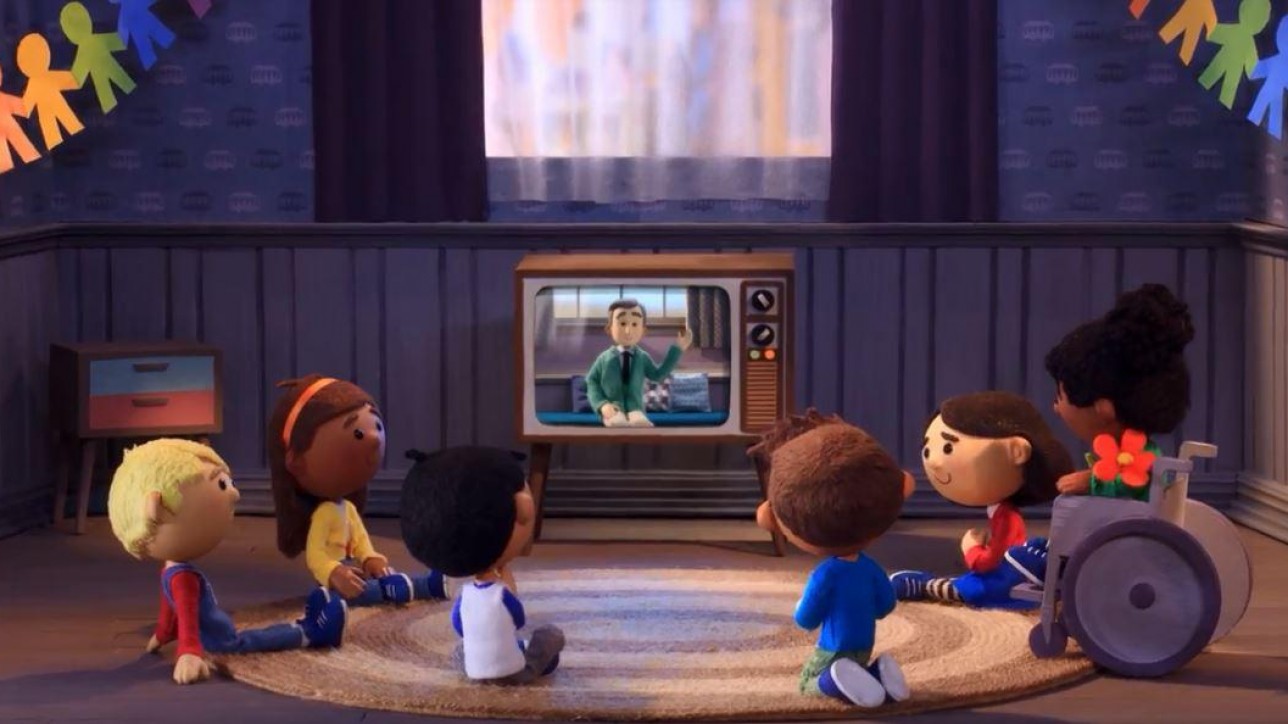 “Through television we have a great chance to show and tell our children that they really matter, even when they’re very little…We have a chance to communicate the fact that childhood lies at the very basis of who people are and who they become.”

On this date, September 21, 1967, 51 years ago, Fred Rogers walked into the television studio at WQED in Pittsburgh to tape the very first episode of Mister Rogers’ Neighborhood, which would premiere nationally on PBS in February 1968. He became known as Mister Rogers, nationally beloved, sweater wearing, “television neighbor,” whose groundbreaking children’s series inspired and educated generations of young viewers with warmth, sensitivity, and honesty. Today’s stop-motion, animated video Doodle celebrating Mister Rogers was created in collaboration with Fred Rogers Productions, The Fred Rogers Center, and BixPix Entertainment. Set to the iconic opening song of Mister Rogers’ Neighborhood (“Won’t You Be My Neighbor“), the Doodle aims to be a reminder of the nurturing, caring, and whimsy that made the show feel like a “television visit” between Mister Rogers and his young viewers.

From Academy Award® -winning filmmaker Morgan Neville (20 Feet from Stardom), Won’t You Be My Neighbor? takes an intimate look at America’s favorite neighbor: Mister Fred Rogers. A portrait of a man whom we all think we know, this emotional and moving film takes us beyond the zip-up cardigans and the land of make-believe, and into the heart of a creative genius who inspired generations of children with compassion and limitless imagination.

On May 1, 1969, Fred Rogers, host of the (then) recently nationally syndicated children’s television series, Mister Rogers‘ Neighborhood (named Misterogers‘ Neighborhood at the time), testified before the Senate Committee on Commerce Subcommittee on Communications to defend $20 million in federal funding proposed for the newly formed non-profit Corporation for Public Broadcasting, which was at risk of being reduced to $10 million. Subcommittee chairman, Senator John Pastore (D-RI), unfamiliar with Fred Rogers, is initially abrasive toward him. Over the course of Rogers‘ 6 minutes of testimony, Pastore’s demeanor gradually transitions to one of awe and admiration as Rogers speaks.