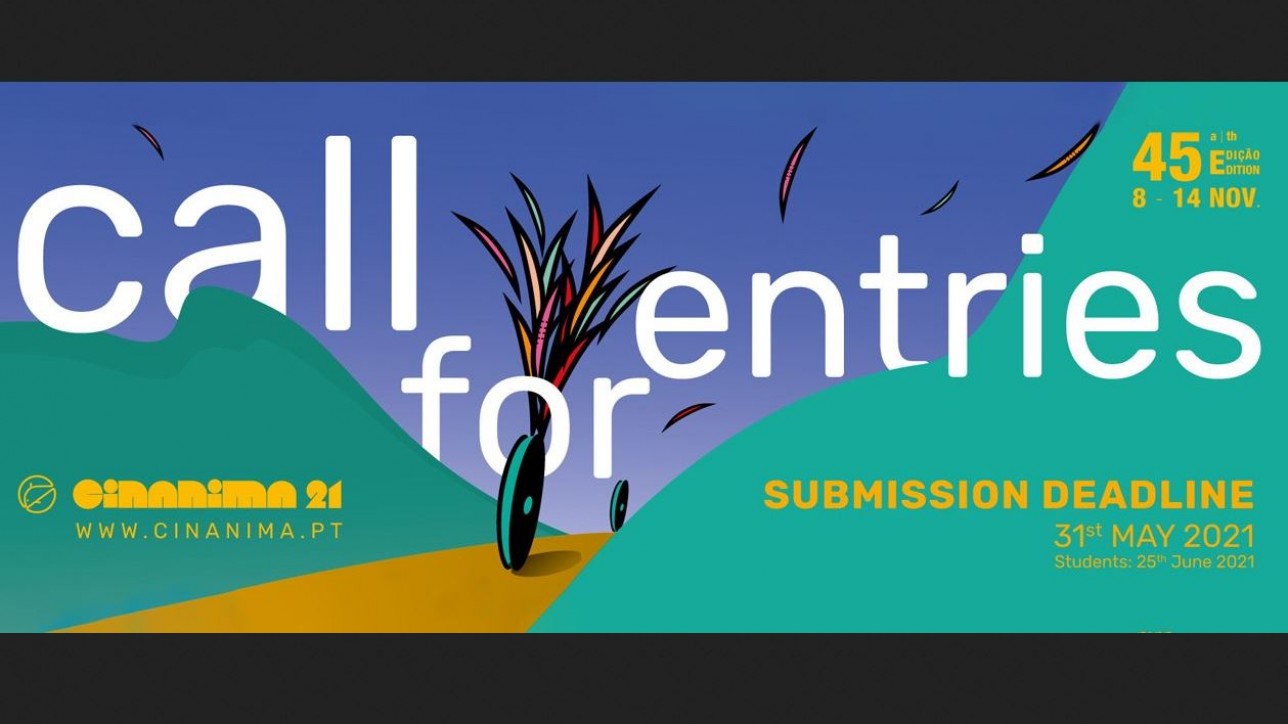 Welcome to the 45 years  edition of CINANIMA !

The 45th edition of the oldest Portuguese film festival (8th to 14th November) welcomes applications for films running for the five categories in competition this year, with two dates not to be missed: May 31st, for candidates in general, June 25th for students.

Entries are accepted only for films produced after January 1st, 2020 and the competitive categories are the following:

The submission of films is free and only available online, at www.cinanima.pt or at https://filmfreeway.com/CINANIMA_76. Please check for rules and regulations at https://www.cinanima.pt/regulamento-2021.

Since 1976 and every single year, CINANIMA welcomes and selects much of the best animated author cinema for competition and this year will be no exception. We are looking forward to receiving your film and ready to make this Festival the best stage for its promotion.

We are happy to remind you that CINANIMA is the only Portuguese festival that qualifies the winner of its Grand Prix for the OSCAR® list of  animated films, and this year, once again, two films shorts were awarded at CINANIMA 2020 and included in that list : Altötting, by Andreas Hykade, and Elo, by Alexandra Ramires. CINANIMA is also a partner of the EMILE Awards, promoted by the European Animation Awards Association.

So, we urge you to read the regulations, fill out the entry form and submit your film. You can trust that CINANIMA will know what to do with it! We’ll see you again in November, in Espinho, you and your film.