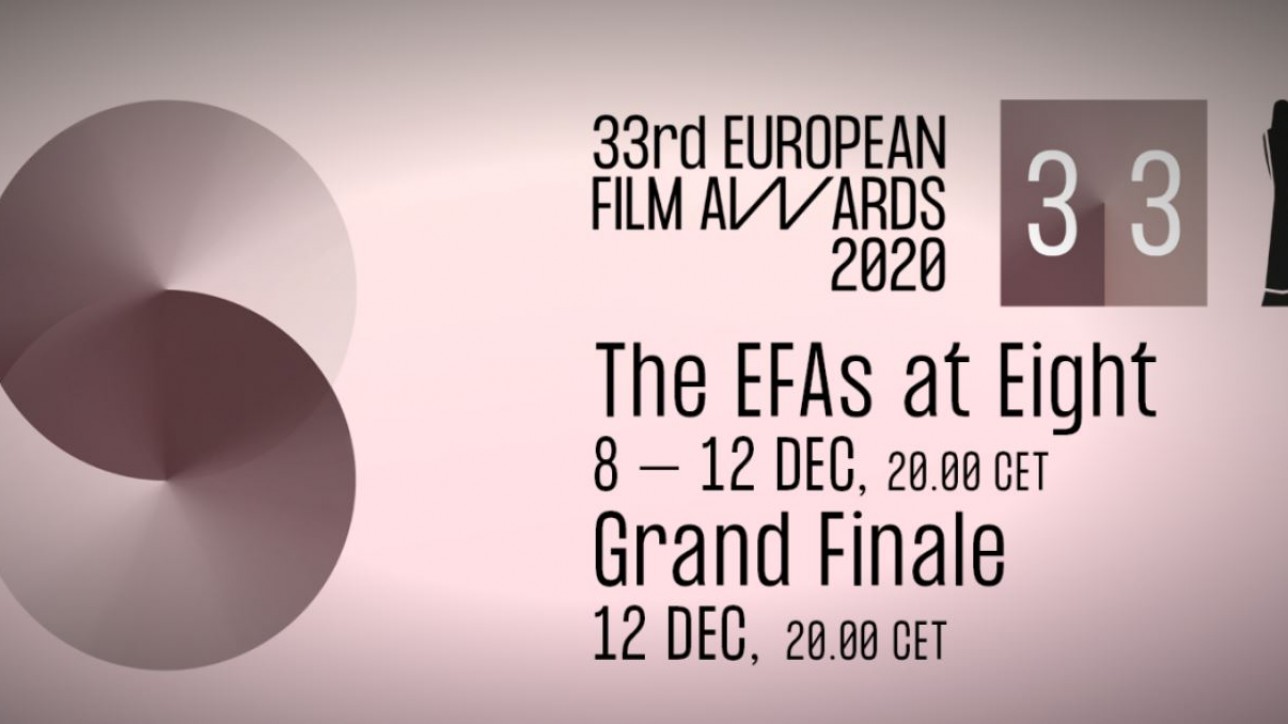 The 33rd European Film Awards are presented as a series of virtual events from 8 to 12 December 2020 and are transmitted live on www.europeanfilmawards.eu and by our international partners, see Broadcast Information.