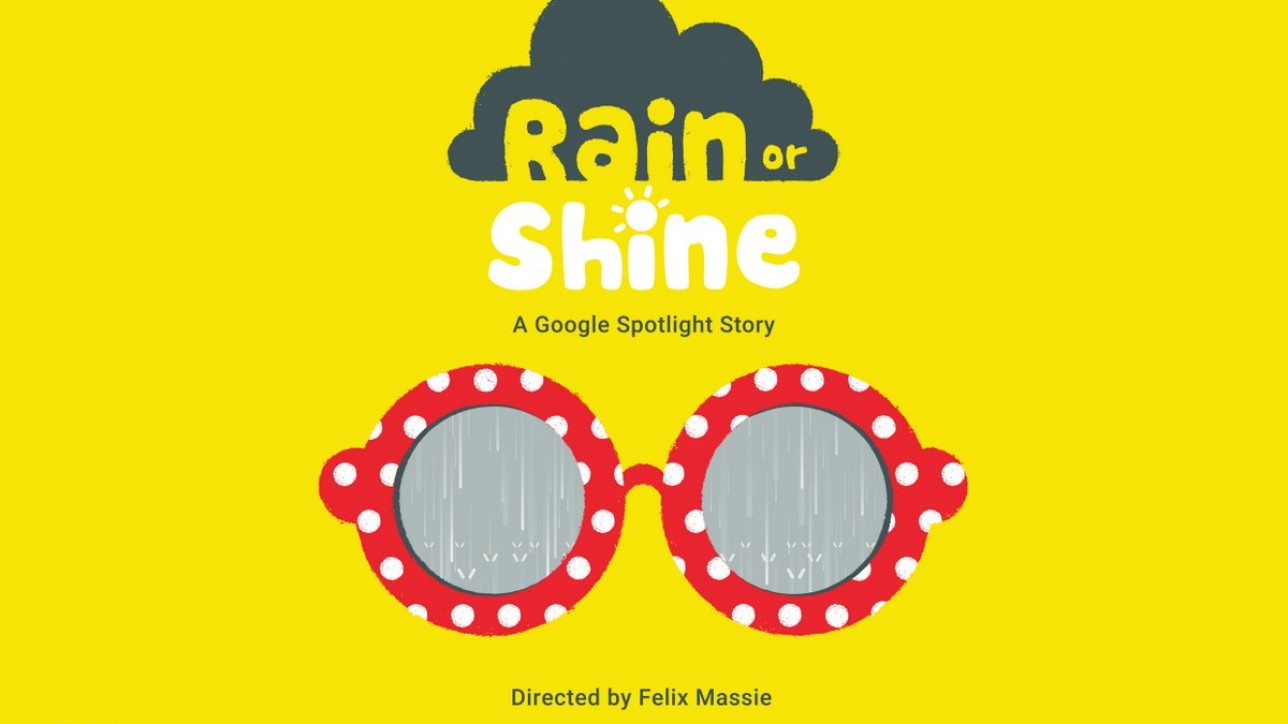 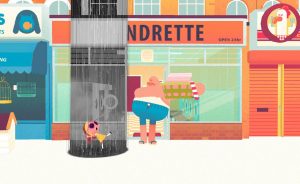 ABOUT “RAIN OR SHINE”

The sun is shining, the birds are singing, there’s a spring in everybody’s step. Everyone in London is enjoying a perfect summer’s day…Until Ella steps outside. Everywhere she goes it rains – is she going to ruin everyone’s day forever? Together with Nexus Studios, Google Spotlight Stories proudly presents RAIN OR SHINE, directed by Felix Massie. The studio’s most interactive short yet — as with other Spotlight Stories, the viewer can look around, and in doing so, can find subplots and surprises, in addition to hold for the viewer to return to main view before returning.

Felix Massie is an award winning animation director and published children’s book author based at the Nexus Studios in London. He studied animation 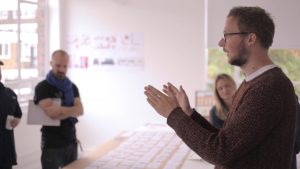 at the International Film School of Wales, Newport and graduated in 2007 after completing his graduation film, ‘Keith Reynolds Can’t Make It Tonight’. He moved to Bristol and worked at Aardman Animations, animating and directing commercials, broadcast and online content. He also made two more films there; ‘The Surprise Demise of Francis Cooper’s Mother’ (2008) and ‘The Ongoing Life of Peter Peel: Can, Can, Can’t ‘(2010) and he was animation director on the BAFTA Nominated TATE Movie Project website (2011). Felix moved to London in 2011 where he finished his fourth film at Nexus: ‘In The Air Is Christopher Gray’ (2013), which won the Grand Prix for Animation at Encounters Film Festival. He is currently developing ‘Super Special’, an animated comedy series for kids TV and web (selected for MIFA Pitch at Annecy and Cinekid 2016) and is the Author of recently published  ‘George Pearce and his Huge Massive Ears’, the second in his series of children’s picture books, published by Frances Lincoln in the UK.

Google Spotlight Stories is a new form of storytelling made specifically for mobile and VR. In these 360-degree, interactive stories, your phone becomes a window to a world all around you. The sensors on your phone allow the story to be interactive; when you move your phone to various scenes, you are able to unlock mini-stories within the story. 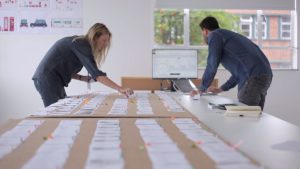 Nexus is an Academy Award nominated animation studio based in London with a worldwide reputation for creative storytelling across a range of media. Dedicated to the development of unique voices in filmmaking, Nexus hosts a roster of directing talent working with multi-disciplinary skills in animation, live-action and interactive media. Their work includes an Oscar nominated short, Grammy nominated and MTV Award winning music videos, Cannes Grand Prix & Gold Lions and Black D&AD pencil winning commercials. Nexus is at the forefront of exploring interactive storytelling.  Their extensive projects include interactive work for Google, The White House, Tate Modern and The New Yorker.  They are known for their innovative animated work in virtual reality and augmented reality. Nexus also produce original content and are the recipients of the BFI Vision Award for feature development and are developing a slate of original content in film, TV and VR.   www.nexusstudios.com

Jan joined PIXAR in 1993, directing several awardwinning commercials and, in 1997, the Academy Award®winning short film Geri’s Game , which broke new ground in the computer animation of crazy old men. After work on A Bug’s Life , Toy Story 2 and Monsters, Inc. Jan was invited by John Lasseter to develop a feature film. He came up with Ratatouille , the story of a cooking rat, for which he shared an Oscar® nomination for Best Original Screenplay in 2008. In 2012 Jan was asked to creatively lead a pioneering group of handpicked
animation and technical artists at Google’s ATAP group, creating a new form of interactive storytelling for mobile devices. After directing the first groundbreaking show, Windy Day , Jan has served as Creative Director of Google Spotlight Stories through numerous productions with awardwinning directors and studios, now coming to YouTube and a global audience. Jan lives in Portland, Oregon, with his wife and two sons. 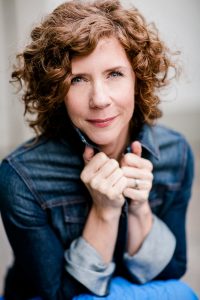 Rachid El Guerrab is a Technical Project Lead for Google Spotlight Stories at ATAP/Google, where he 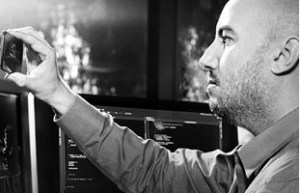 specializes in immersive and interactive storytelling for mobile. Prior to his company being acquired by Motorola Mobility, he was president of technology and co-founder of Human Engines Inc, focused on graphics engines and tools for mobile. Rachid had spent over 16 years creating award-winning rendering and interactive pipelines for every SONY console since the PlayStation, as well as Nintendo and Microsoft game systems, and has held leadership positions at numerous companies including Qualcomm, Ready at Dawn, Midway and Ubisoft.