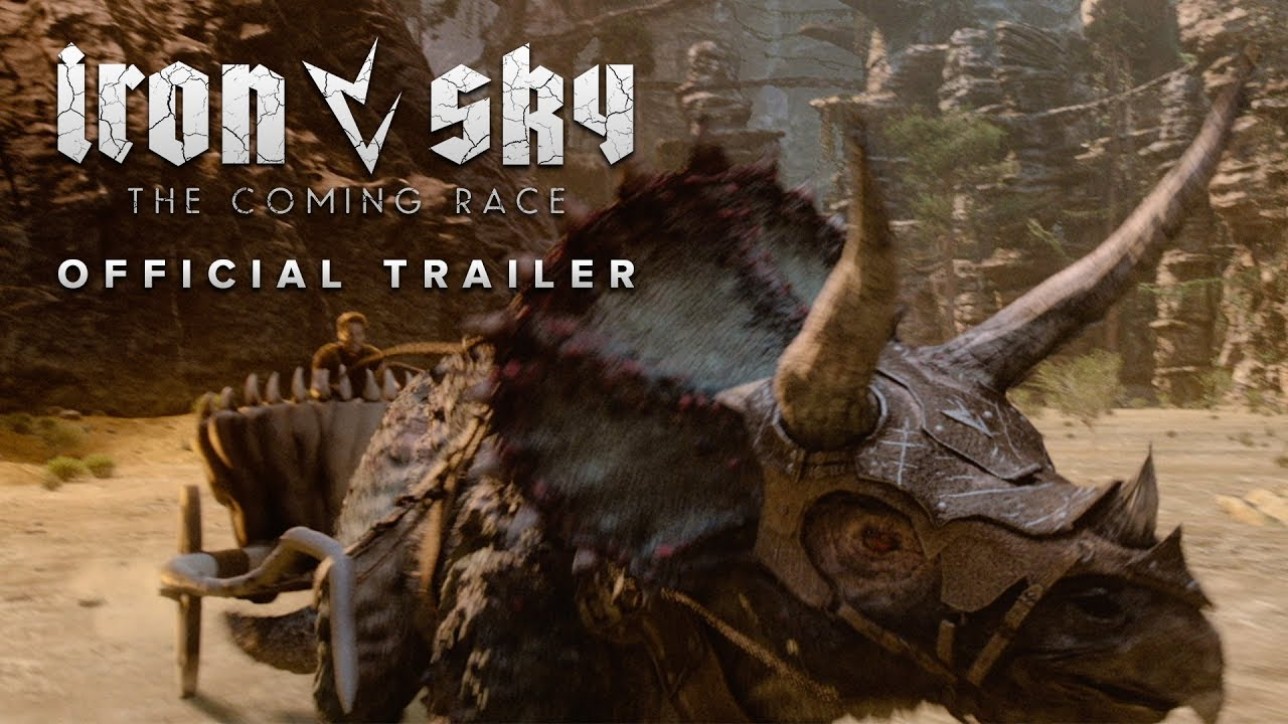 The Official Theatrical Trailer for Iron Sky The Coming Race is here and it’s got everything we promised. As the announcer in a 50s film trailer would put it: See spaceships, dinosaurs and reptilian shapeshifters! Marvel at the sun in the center of the Hollow Earth! Bear witness to the end of the world! The film will premiere on January 16th, 2019 in Finland. Together with our Scandinavian distributor SF Studios we’re also arranging exclusive preview screenings in Stockholm, Oslo and Copenhagen with a live stream from the world premiere event in Helsinki. For distribution in rest of the world, we’ve got quite a few dates nailed down already and you can find all the confirmed release dates on our site: http://ironsky.net/release If you don’t see your country listed yet, you can demand to see the film in your town. It helps us to show the distributors that people are lining up to see the film. If you live in Scandinavia, or if you’re able to come, we hope to see you at our premiere events! Get your tickets from http://ironsky.net/tickets