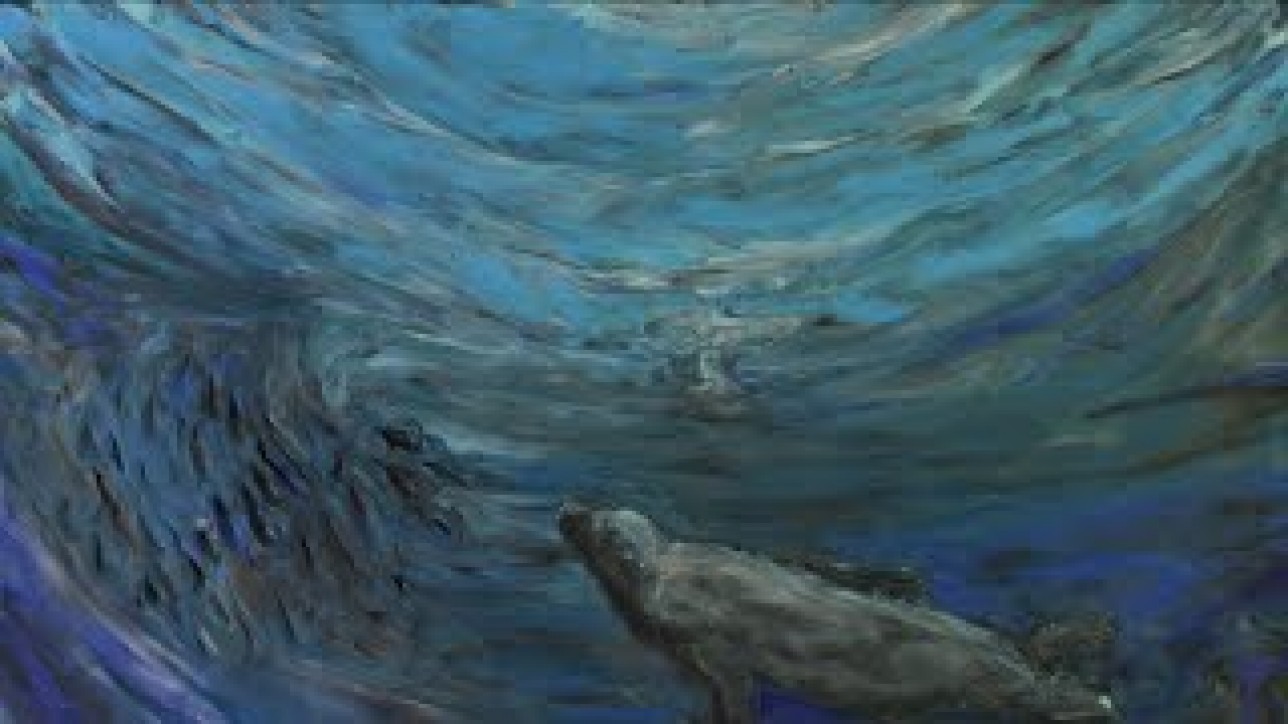 Here’s what Robert Macfarlane wrote about the project on Instagram today: „I came across Lynn’s work one day by chance last year, and was immediately amazed by the movement & lyricism of her clay-on-glass technique. When Johnny & I thought about who could make the film for the song, Lynn was the obvious choice. For clay runs as a motif through our album; there in the cover art by @beatrice_clapton_clay & because it formed the ancient tablets on which the Epic of Gilgamesh, one of the album’s inspirations, was first recorded nearly 4000 years ago; pressed as cuneiform script into soft clay using the end of a reed.
We were overjoyed when Lynn took on the making of the film, which involved hundreds of hours of work and thousands of separate frames in just a few months. She’s made a minor masterpiece, we think, which has become a free-standing artwork in its own right, as well as a brilliant accompaniment to the film.
The landscape & figures of the film are constantly in flux: clay becomes human becomes runner becomes deer becomes sea-lion becomes crow…and all the while the black dog, symbol of depression and worry, follows hard on the heels of its quarry. At last, though, in its closing scene, this film tells a human truth: which is that sorrow & worry are part of us, and that seeking always to outrun them in pursuit of a constant purity of happiness is, eventually, futile. Our sadnesses define us, as much as our joys — and learning to live with the black dog as a companion is part of being alive.“
johnny flynn, lynn tomlinson, official video, robert macfarlane, ten degrees of strange