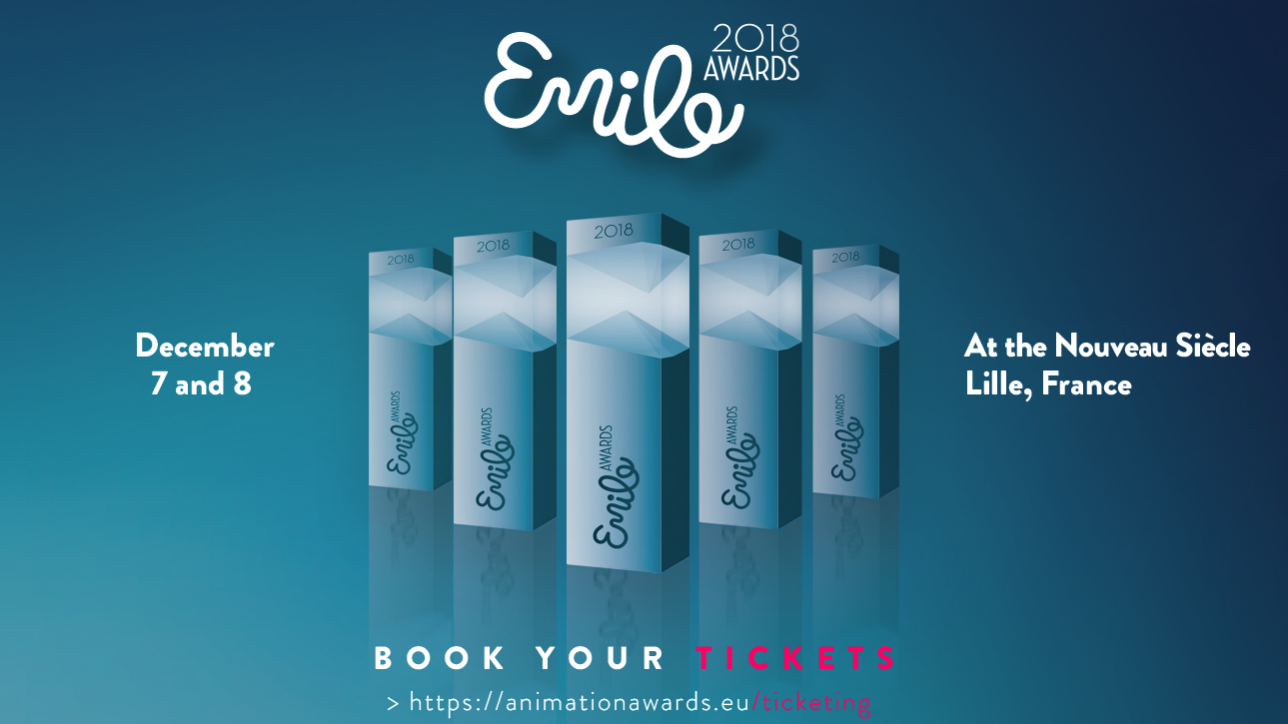 The Emile Awards 2018 is approaching, it’s now time to book your ticket to the Ceremony, and to plan your venue to celebrate animation and the winners of the 2018 edition

The 2018 Emile Awards Ceremony will take place in Lille, France on the 7th & 8th of December and will reward the excellence and the diversity of the European animation film industry through its 18 categories.

For this second edition, the European Animation Awards are delighted to invite you to celebrate animation during two days of events surrounding the Emile Awards, including conferences, masterclasses and round tables.

Joins us FRIDAY, December 7 for:
– A look of the Career of our Lotte Reneiger recipient 2018 Clare Kitson
– A conference with Animation Europe – AMS Directive and its implementation.
and SATURDAY, December 8 for:
– The French Screenwriter’s Guild on „Being a Screenwriter in Europe“
– A masterclass with Peter Lord – for Aardman’s 40 years.
– Followed by the Emile Awards Ceremony, Cocktail and After party.
(More information about the hours and locations on our website)
All those events are organized in partnership with Rencontres Audiovisuelles, host of La Fête de l’Anim’. La Fête de l’Anim’ is an event organized in Lille, Amiens and Arenberg, December 5-9. Find out more about it, its screenings, masterclasses and conferences here
– www.fete-anim.com
This year, the Emile Awards Ceremony will be followed by the screening of the animated feature „Yellow Submarine“ (1968) directed by George Dunning , celebrating its 50th Anniversary with a restored version. The movie screening is reserved to Emile Awards attendees and will start right after the ceremony ends. To attend the  screening of „Yellow Submarine“, make sure you have booked a ticket to the Emile Awards Ceremony! 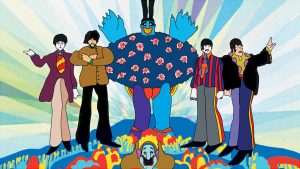