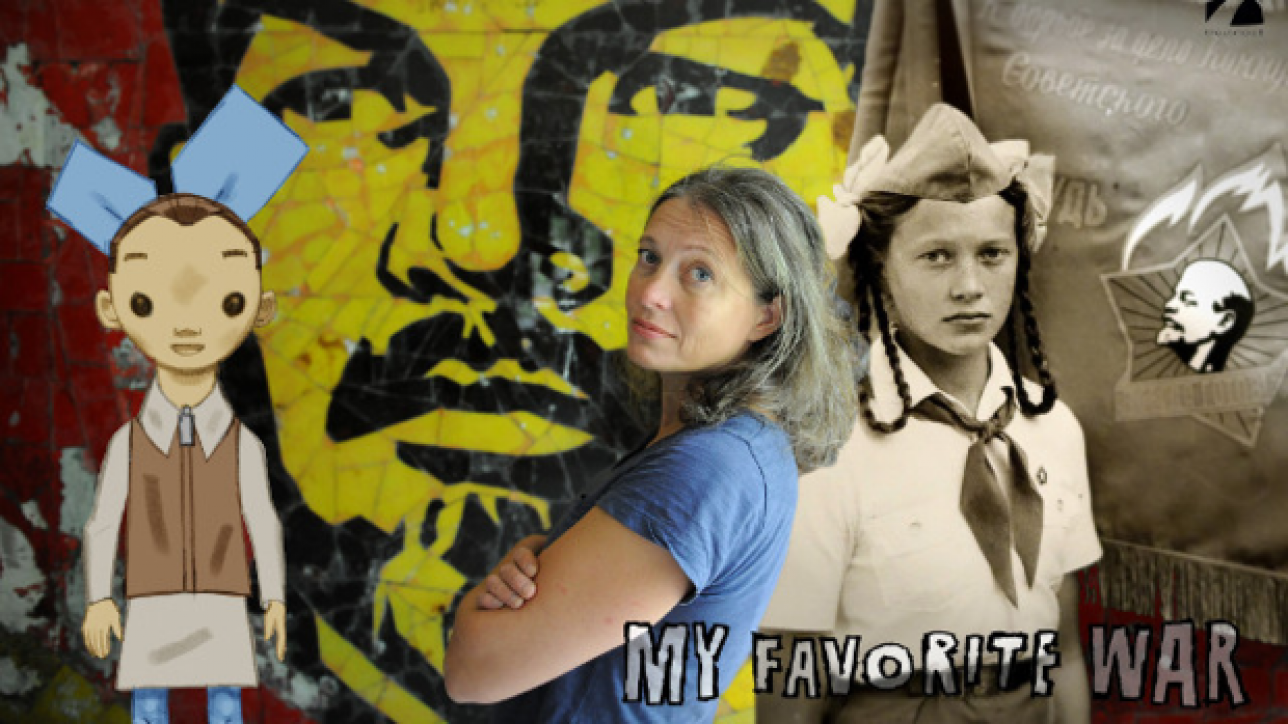 The award for My Favorite War is the Contrechamp Prize. Contrechamp in French is part of the shot (Champ) – reverse shot (Contrechamp) process in shooting a film. This cinematic expression now finds its festival equivalent. It is a feature film prize that was introduced at the festival in 2018. Due to the pandemic situation, this year’s festival went digital.

About the film
Directed by Ilze Burkovska Jacobsen, the Norwegian-Latvian award-winner My Favorite War is a personal, animated documentary that tells the story of the director’s upbringing in Latvia during the Soviet Union in the years 1970-1990. The regime of the Soviet Union used World War II as a significant ideological weapon to intimidate and oppress the population during the Cold War. When Ilze finds a bone from a German soldier in the sandbox, she begins to find other stories buried under propaganda. Finally, she has to decide about who she wants to be and what she believes in.

My Favorite War has received both development and production grants from the Norwegian Film Institute.

Nine years of tears turned into tears of joy
– Being invited to Annecy was the fulfillment of a dream now that the film is completed, says director Ilze Burkovska Jacobsen.
– After nine years of tears and toil, I now release tears of joy. I endured this long production time because I worked with many talented and kind people. Both in the staff and all who believed in the film and supported it, both in Norway and Latvia. The film now begins its journey into the world. I am happy. From head to toe. What a day. Then a new working day starts, says Jacobsen.

Great value internationally
-This is an important recognition and has great value in getting My Favorite War out to a large international audience. The Annecy award gives us the best imaginable starting point, says the producer Trond Jacobsen of Bivrost film.

Announcing Essay Competition
Bivrost Film will launch an essay competition for youth with the working title “Democracy and Me”. The starting point is the thoughts of today’s youth in Europe that our democracies are again under pressure from totalitarian leaders and nationalist movements.

– We hope the story of My Favorite War can inspire youth to manifest their attitudes. It has been our wish since we started working on the film, says producer Trond Jacobsen.