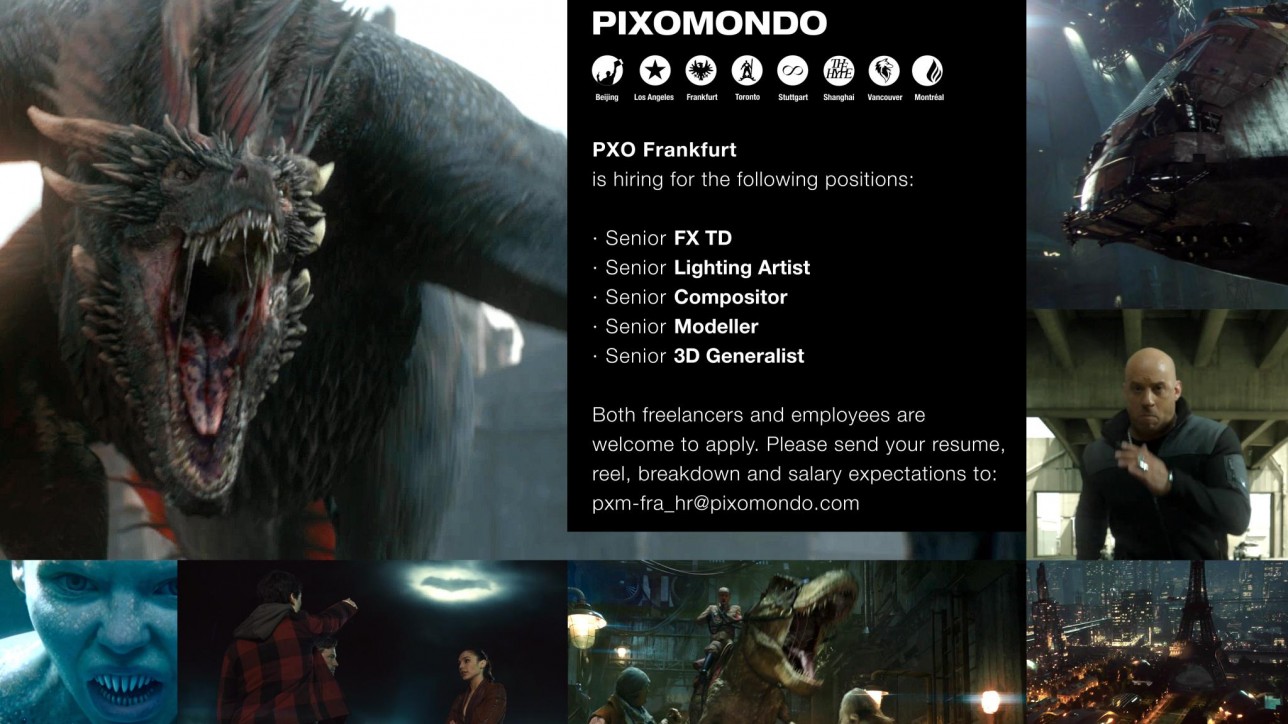 Pixomondo is an international visual effects company with a global network of studios in Los Angeles, Toronto, Stuttgart, Beijing, Frankfurt and Shanghai. We are driven by a passion for creativity and quality. For us, the real magic begins when extraordinary talent is given the freedom to explore the challenge of the new with a keen focus on extraordinary efficiency. With considerable, established international experience and a talented staff of artists from around the world, Pixomondo has positioned itself at the forefront of the changing world of visual effects with an efficient and collaborative workflow across datelines and time zones that has given rise to a 24/7 production cycle. Founded in 2001 by CEO and Executive Producer Thilo Kuther, Pixomondo offers 24/7 visual effects production and supervision, CG character creation, 3D animation and pre-visualization for the feature film, television and commercial industries.