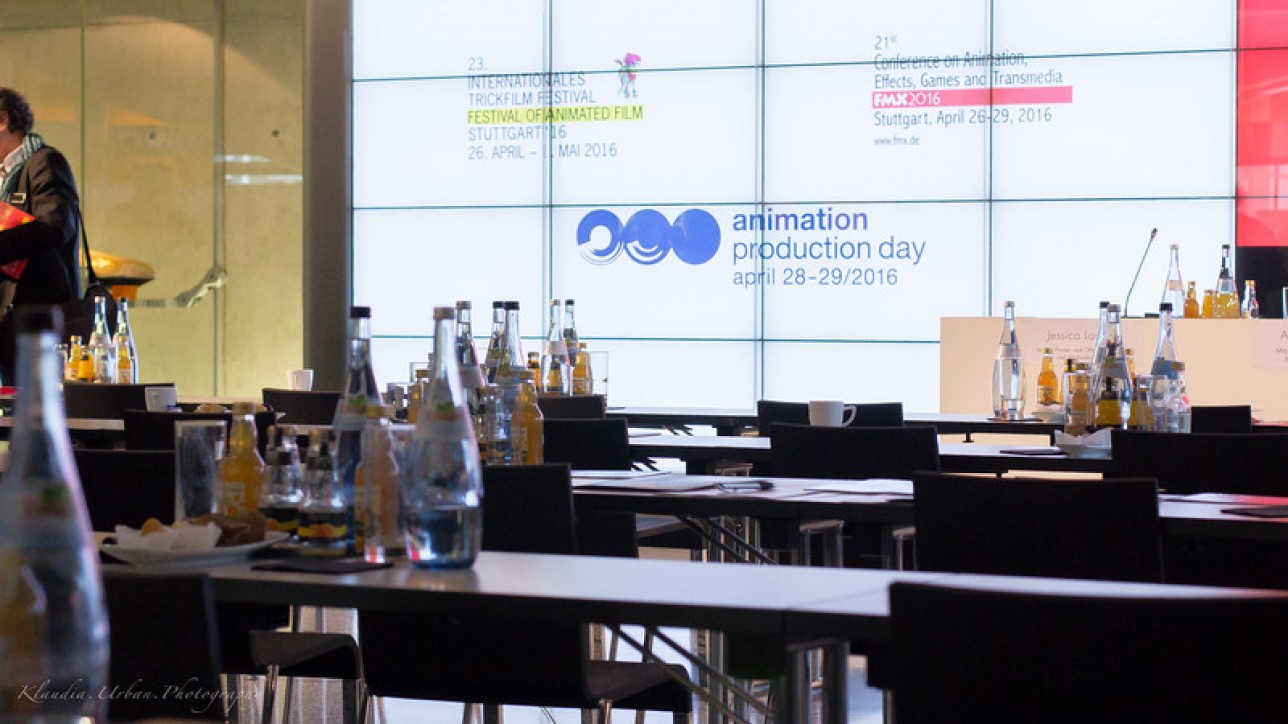 This year’s APD conference examines where animation producers can encounter opportunities and challenges in the current animation market. Case studies presenting innovative projects and their successful funding strategies make up the first part of the conference.

LUNA PETUNIA is a new animated Netflix original series for preschoolers, inspired by a Cirque du Soleil stage show. It’s the first TV co-production from Saban Brands and Cirque du Soleil Media. The project will be presented by screenwriter Eric Shaw and John Hardman, Vice President of Development and Production for Saban Brands, who will focus on production and the creative challenges of turning a worldwide stage show into a streaming TV series.
The series chronicles the adventures of a little girl named Luna Petunia, who lives in our world and plays in a dreamland where she learns how to make the impossible possible. She teaches young viewers the importance of believing in themselves and about all the wondrous things their mind and body can do.

OVER THE GARDEN WALL is an Emmy Award-winning mini series by Cartoon Network that will be presented by award-winning Canadian producer Nick Cross.
For almost twenty years, he has been directing and producing animated content for various film and television productions. Cross will give an insight into his role as an art director both for the series and for the Cartoon Network’s shorts development programme.
In the series, two young brothers find themselves lost in a strange forest. Older brother Wirt, armed with too much sense, and little brother Greg, armed with not enough, must rely on a long parade of helpful (and not so helpful) strangers as they make the long journey in search of home.

ANOTHER DAY OF LIFE is an animated documentary feature film project presented by its producers, Eric Goossens (Walking the Dog, Belgium) and Ole Wendorff-Østergaard (Platige Image, Poland). Culturally and visually diverse, this film about war photographer Ryszard Kapuściński in the Angolan Civil War lends itself to discussion on a challenging five-country European co-production involving both animation and documentary.

What potential does animated documentary hold in store for us, and what are its pitfalls? We delve into both pros and cons from both a production and a distribution point of view with colourful case studies featuring a short animated doc, a feature film and episodic storytelling.

APD is collaborating with Documentary Campus to discuss this theme, supported by the MFG Film Fund and the Creative Europe Desk Munich.

WIDER HORIZON (DIE WEITE SUCHEN) is a short film touching on the memories of an East German family in 1987. Making a fully animated documentary for German television was an unusual challenge for producer Ralf Kukula, director Falk Schuster and commissioner at MDR Heribert Schneiders, who will discuss in detail their artistic choices and compromises when making an animated documentary that meets TV criteria.

OLD FOLKS’ TALES (CUENTOS DE VIEJOS) is an animated multimedia series passing on stories from an older generation of Colombians to a younger one. Keeping history alive is the focus of this public TV series directed and produced by Laura Piaggio, which is about to be made available online alongside a collaborative app.

As an educational series whose aesthetics are beautifully and artistically animated, we will discuss the stylistic boundaries for TV production and the budgeting challenges faced in the serial production of animated documentary.
16:30 – 17:00 Networking Coffee

Who’s searching for what on the international market? This session regroups  representatives from German and international TV channels and distributors, who sketch their programming needs and strategies and provide an overview of current industry trends and developments.

Laurence Blaevoet was appointed Director of Programming for Canal+ Group’s youth unit in 2010, after spending 10 years operating in the same role for Canal+ Channels.

Stefanie Fischer joined WDR mediagroup in 2014 and is responsible for managing the overall content and exploitation strategy for TV, Home Entertainment and Digital, and for developing international sales and co-production activities for kids content.

Nina Koch joined Nelvana in 2010 as Sales Representative for Eastern Europe and Germany. Nelvana Enterprises is owned by Corus Entertainment Inc., a Canadian-based media and entertainment company.
18:00 – 19:00 The Animated Quintet

Film critics and producers dissect a selection of recent animation films and, together with involvement from the professional audience present, discuss the films’ successes and failures, artistic standards and content quality.

ROCIO AYUSO is a writer, journalist and film producer. Working as a foreign correspondent for the past 25 years, Ayuso has a long career working with diverse news outlets from Spanish News Agency EFE to Canal Plus and monthly movie magazines like Fotogramas, or Spain’s leading newspaper, El País. She is a member of the Hollywood Foreign Press Association and instrumental in the organization of the annual Golden Globes Awards Ceremony.

ROLF GIESEN has worked as curator of the Deutsche Kinemathek for 20 years. He was honorary professor in digital production at the German Film School and visiting professor at the Communication University of China. From 2010 to 2012 he was president of the International Animation, Comics & Games Museum at the Jilin Animation Institute and, in 2013, guest professor at the Tainan National University of the Arts in Taiwan.

DANIEL KOTHENSCHULTE is a film and art critic, lover of animation films, and the journalist responsible for the film section of the Frankfurter Rundschau. He is the programme director of the KunstfilmBiennale Cologne, and lectures in film and music at the Städelschule, the University of Applied Sciences and Arts, the University of Television and Film Munich, the Johannes Gutenberg Universität and the Mumbai Film Festival.

TONY LOESER founded MotionWorks GmbH in 1998 and has been its managing director and partner ever since. MotionWorks focuses on international co-productions in both TV series and feature films. Tony Loeser is also co-founder and a member of the board of directors of the International Academy of Media and Arts, and initiated the European Animation Masterclass advanced training programme.

GABRIELE M WALTHER is founder, owner and managing director of Caligari Film- und Fernsehproduktions GmbH in Munich and its affiliated companies. In 2007 Walther was recognised as Bavarian Businesswoman of the Year. In 2009 she became a member of the executive board of the animation section in the German Producers Alliance of Film & Television.