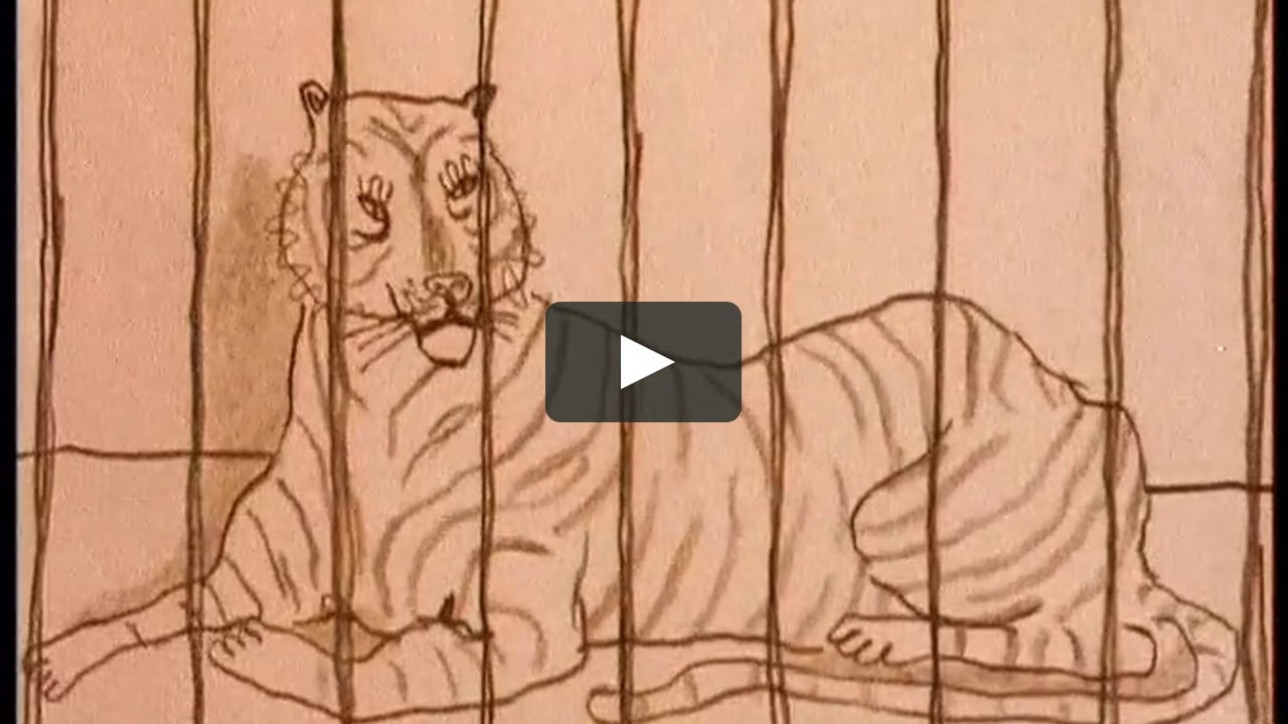 Menagerie from Jonathan Hodgson on Vimeo.

Menagerie was made during my second year at the Royal College of Art in 1984. The film was animated with pencil on paper and frosted cel and shot on 16mm film. The original intention was to make a simple film about animals in motion, but while researching the film at London Zoo I was stuck by how immobile the animals were and how unhappy they seemed. I also became aware of the spectators who were often annoyed that the animals were not meeting with their expectations and ‚performing‘ for them. I became quite angry about the treatment of animals in zoos and so the film took a different direction. It’s not a happy film, which reflects the experience of the animals in living in captivity. The film was used by the charity Zoocheck zoocheck.com/ to help promote their campaign for the protection of wild animals.