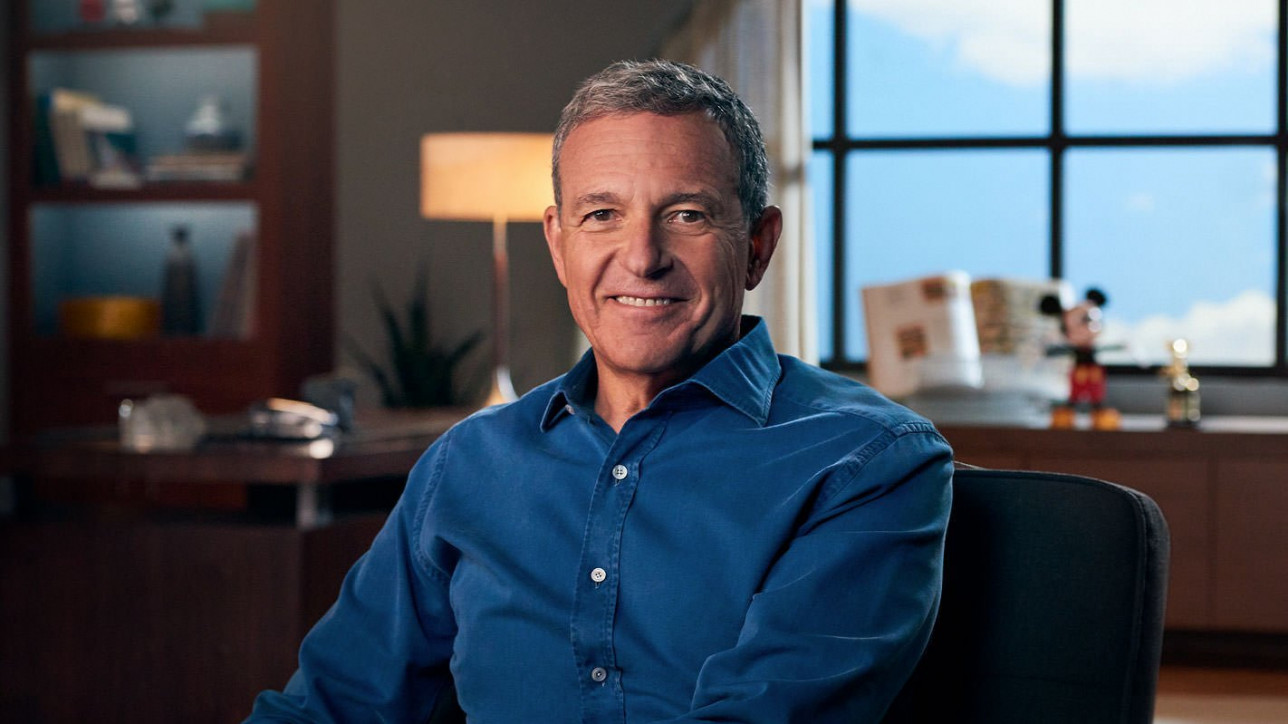 BURBANK, Calif., November 20, 2022—The Walt Disney Company (NYSE: DIS) announced today that Robert A. Iger is returning to lead Disney as Chief Executive Officer, effective immediately. Mr. Iger, who spent more than four decades at the Company, including 15 years as its CEO, has agreed to serve as Disney’s CEO for two years, with a mandate from the Board to set the strategic direction for renewed growth and to work closely with the Board in developing a successor to lead the Company at the completion of his term. Mr. Iger succeeds Bob Chapek, who has stepped down from his position.

“We thank Bob Chapek for his service to Disney over his long career, including navigating the company through the unprecedented challenges of the pandemic,” said Susan Arnold, Chairman of the Board. “The Board has concluded that as Disney embarks on an increasingly complex period of industry transformation, Bob Iger is uniquely situated to lead the Company through this pivotal period.”

“Mr. Iger has the deep respect of Disney’s senior leadership team, most of whom he worked closely with until his departure as executive chairman 11 months ago, and he is greatly admired by Disney employees worldwide–all of which will allow for a seamless transition of leadership,” she said.

The position of Chairman of the Board remains unchanged, with Ms. Arnold serving in that capacity.

“I am extremely optimistic for the future of this great company and thrilled to be asked by the Board to return as its CEO,” Mr. Iger said. “Disney and its incomparable brands and franchises hold a special place in the hearts of so many people around the globe—most especially in the hearts of our employees, whose dedication to this company and its mission is an inspiration. I am deeply honored to be asked to again lead this remarkable team, with a clear mission focused on creative excellence to inspire generations through unrivaled, bold storytelling.”

During his 15 years as CEO, from 2005 to 2020, Mr. Iger helped build Disney into one of the world’s most successful and admired media and entertainment companies with a strategic vision focused on creative excellence, technological innovation and international growth. He expanded on Disney’s legacy of unparalleled storytelling with the acquisitions of Pixar, Marvel, Lucasfilm and 21st Century Fox and increased the Company’s market capitalization fivefold during his time as CEO. Mr. Iger continued to direct Disney’s creative endeavors until his departure as Executive Chairman last December, and the Company’s robust pipeline of content is a testament to his leadership and vision.

Over his 15 years leading Disney, Mr. Iger was the steward of one of the world’s largest media companies and some of the most respected and beloved brands around the globe. His strategic vision focused on three fundamental pillars: generating the best creative content possible; fostering innovation and utilizing the latest technology; and expanding into new markets around the world.

Mr. Iger built on Disney’s rich history of unforgettable storytelling with the acquisitions of Pixar (2006), Marvel (2009), Lucasfilm (2012), and 21st Century Fox (2019), and the landmark opening of Disney’s first theme park and resort in mainland China, Shanghai Disney Resort; and the release of a number of record-setting films including Marvel’s Avengers: Endgame, Disney’s Frozen and Frozen 2, and the groundbreaking movie Marvel’s Black Panther. Always one to embrace new technology, Mr. Iger made Disney an industry leader through its creative content offerings across new and multiple platforms, including the highly successful launch of the Disney+ streaming service in November 2019 and ESPN+ in 2018.

Mr. Iger was appointed Chief Executive Officer of Disney in October 2005 and was elected Chairman in 2012.  In February 2020, he assumed the role of Executive Chairman and directed the company’s creative endeavors until his retirement in December 2021.  From 2000-2005, Mr. Iger served as President and Chief Operating Officer. He officially joined the Disney senior management team in 1996 as Chairman of the Disney-owned ABC Group, and in 1999, was given the additional responsibility of President, Walt Disney International. In that role, Mr. Iger expanded and coordinated Disney’s presence outside of the United States, establishing the blueprint for the company’s international growth today. As Chairman of the ABC Group, Mr. Iger oversaw the broadcast television network and station group, cable television properties, and radio and publishing businesses, and also guided the complex merger between Capital Cities/ABC, Inc. and the Walt Disney Company. During Mr. Iger’s years with ABC, he obtained hands-on experience in every aspect of the television business—including news, sports, and entertainment—as well as in program acquisition, rights negotiations, and business affairs. He began his career at ABC in 1974.

Mr. Iger was inducted into the Television Academy Hall of Fame in January 2020, and the Broadcasting and Cable Hall of Fame in 2015.  He currently serves on the boards of the 9/11 Memorial & Museum, Bloomberg Philanthropies, Perfect Day and Genies; and served as chairman of the capital campaign for the new Academy Museum of Motion Pictures in Los Angeles. In 2012, Mr. Iger became a member of the Academy of Motion Picture Arts and Sciences, one of the nation’s most prestigious honorary societies, which recognizes some of the world’s most accomplished scholars, scientists, writers, artists and civic, corporate, and philanthropic leaders.  He was previously a member of the Apple board of directors (2011-2019).

In September 2022, Mr. Iger was recognized as an Honorary Knight Commander of the Most Excellent Order of the British Empire by Her Late Majesty Queen Elizabeth II for his services to the UK / US relations.

Mr. Iger is the author of the New York Times best-selling book “The Ride of a Lifetime: Lessons Learned from 15 Years as CEO of The Walt Disney Company,” published in 2019.  He is a graduate of Ithaca College.

Actual results may differ materially from those expressed or implied. Such differences may result from actions taken by the Company, including restructuring or strategic initiatives or other business decisions, as well as from developments beyond the Company’s control, including: further deterioration in domestic and global economic conditions; deterioration in or pressures from competitive conditions; consumer preferences and acceptance of our content, offerings, pricing model and price increases and the market for advertising sales on our DTC services and linear networks; health concerns and their impact on our businesses; international, regulatory, political or military developments; technological developments; labor markets and activities; adverse weather conditions or natural disasters; legal or regulatory changes; each such risk includes the current and future impacts of, and is amplified by, COVID-19 and related mitigation efforts. Such developments may further affect entertainment, travel and leisure businesses generally and may, among other things, affect (or further affect, as applicable): our operations, business plans or profitability; and demand for our products and services.

Additional factors are set forth in the Company’s Annual Report on Form 10-K for the year ended October 2, 2021 under the captions “Risk Factors,” “Management’s Discussion and Analysis,” and “Business,” and subsequent filings with the Securities and Exchange Commission, including, among others, quarterly reports on Form 10-Q.