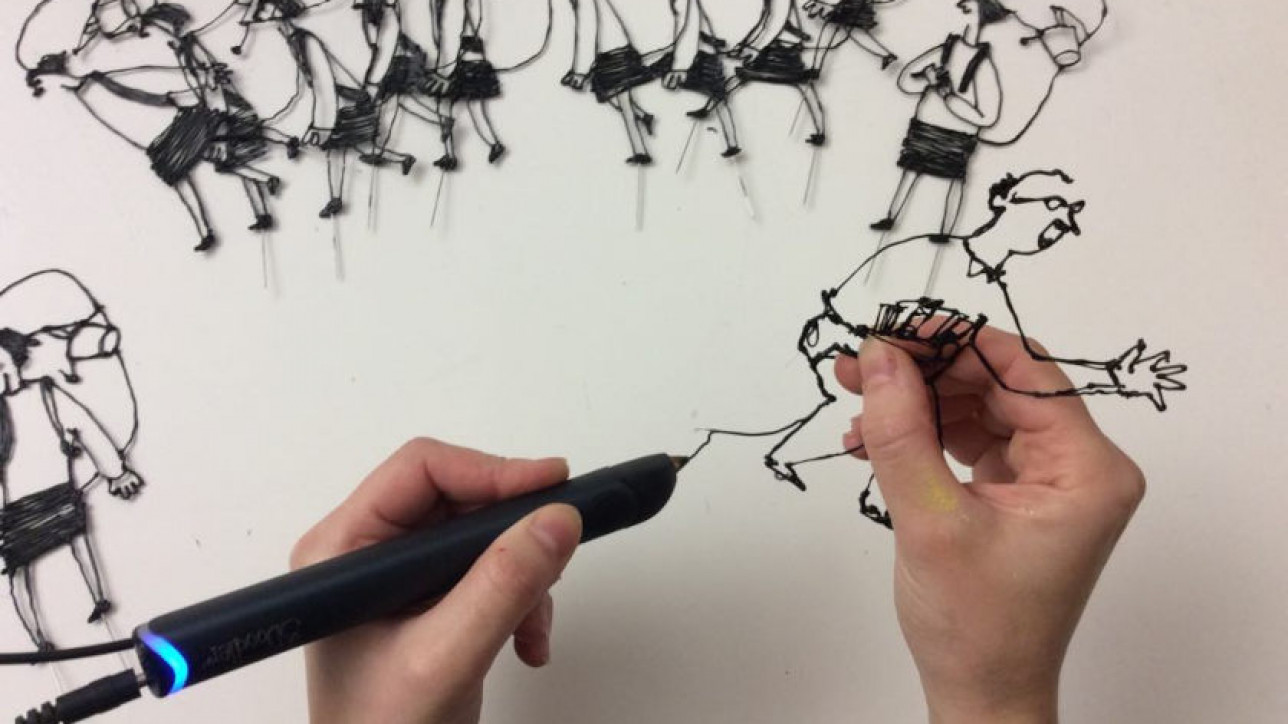 „Ties – Behind the Scenes“ reveals the the process of working with a 3D pen in the production of the stop motion animation film „Ties“. All characters were done in a 2d digital drawn animation technique and then outlined with a 3D pen. This pen works like a glue gun. It melts plastic, which hardens so quickly that it is possible to draw in the air. The result were sets of plastic flat figures, that were filmed frame by frame in a stop-motion set, along with wire objects. It’s not easy to get untied, and the lovable film by Dina Velikovskaya proves the point. With character sketches easy to engage with, and threads that look like wired communication, it builds up a network of characters (a daughter and her parents) who need to be together -no matter what. Cleverly escalating the tension, moving through familiar objects (the first to go is the telephone) to the clothing itself, it attests how our family life continue to shape our future -even when we think we’re far away. With a crescendo of sounds that leads to a comic catastrophe, Ties gives a welcome resolution to a situation that could otherwise be both painful and repressive. A sweet animated film about letting go. (Film review by Vassilis Kroustallis, zippyframes.com)
Director: Dina Velikovskaya Producer: Florian Grolig Production company: SMPL(Germany) 2022 Sales, distribution: sales@interfilm.de, verleih@interfilm.de
Dina Velikovskaya, making of, ties