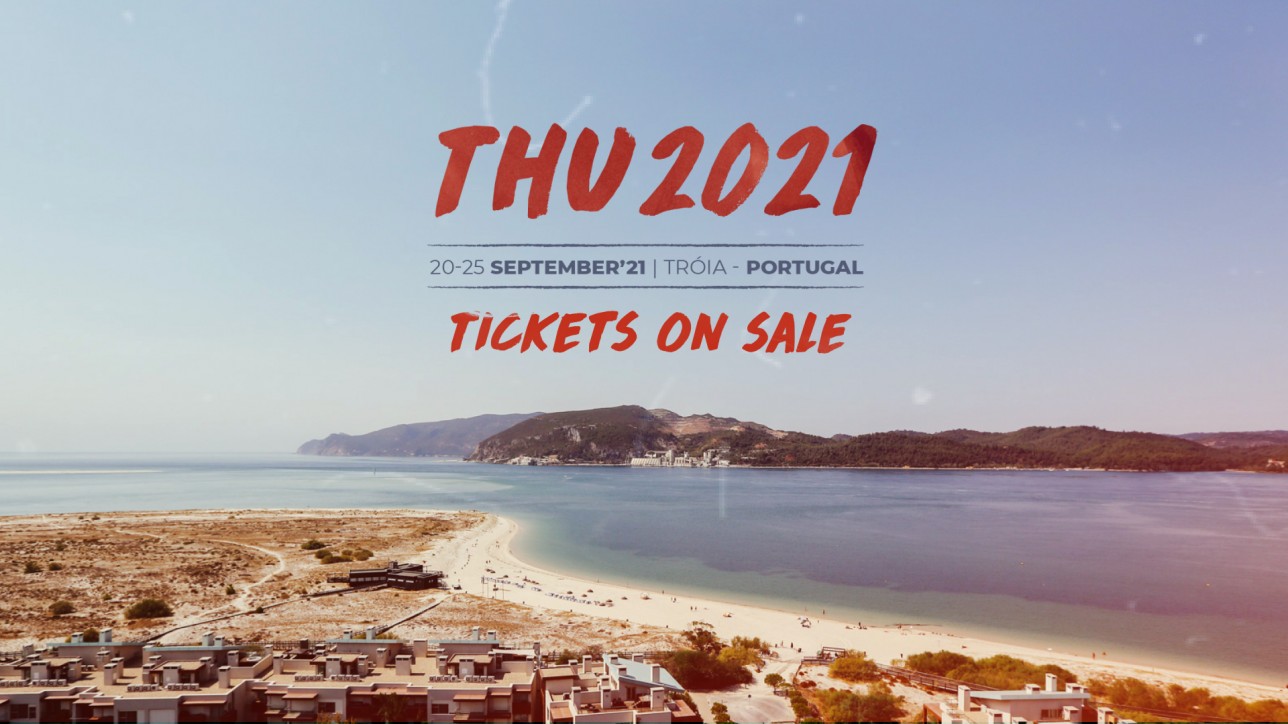 THU 2021, one of the biggest events in the digital and entertainment industry, confirms it will host its eighth edition in Tróia, Portugal, from September 20 – 25, 2021.

Trojan Horse was a Unicorn (THU) is a networking ecosystem created to share knowledge, inspire and empower creators from all areas of the digital entertainment & interactive industry.

Trojan Horse was a Unicorn’s internationally acclaimed Main Event, which took place in Portugal from 2013 to 2017, will return to Tróia for its eighth edition, from September 20 – 25, 2021, after hosting its last two editions in La Valetta, Malta. Tickets are available on THU’s official website since June 21 for Pioneers (people who’ve attended the first THU edition, in 2013) and Veterans (people who’ve attended at least two editions), and starting June 24 for everyone else.
When the Portuguese Government reached out with a new strategic vision that recognizes the importance of the digital entertainment & interactive industry, THU decided that it was time to go back to the place where everything started. André Luís, THU’s founder, says, “I believe Portugal has the potential to become a reference in the industry, since it has economic, cultural and social conditions that make it an attractive
country for international talent and investors.” Founded in 2013, THU is, today, a global brand in the digital and entertainment & interactive industry, bringing together all of its areas: movies, games, visual effects, animation, VR, and more. Its Main Event is one of the world’s leading transformative experiences for digital artists and creative professionals. Everyone is welcome: artists,
programmers, entrepreneurs, industry professionals, doers, and dreamers. The last edition, in 2019, attracted over 1,000 participants from 79 countries. The guest
speaker list included Oscar-winning animation director Peter Ramsey; Art Director at Walt Disney Animation Studios Mingjue Helen Chen; award-winning painter Gregory Manchess; head of animation at VFX/animation studio Dneg Andrew Gordon; and many more. This year’s program is yet to be revealed, but it will feature a feast of inspiration and learning resources with talks, recruitment sessions, mentorships and many other
activities.
“THU is more than an event. It’s a movement,“ says founder Andre Luis. „We want to create a safe place where creators from different areas and backgrounds can meet and feel free to share ideas and be themselves. It’s all about empowering them and making them feel like they are part of something bigger: a community where they can find new perspectives, new paths and a new motivation to pursue their goals.”