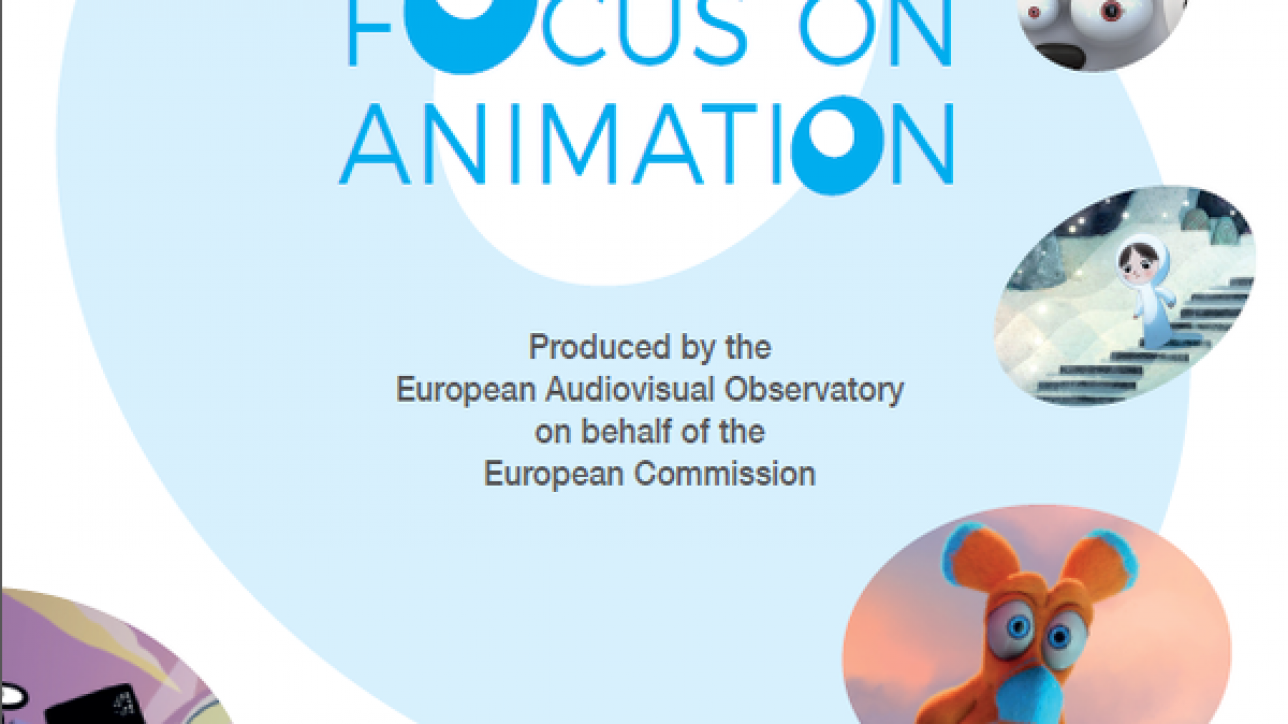 A new study carried out for the European Commission by the European Audiovisual Observatory, – by Marta Jiménez Pumares, Patrizia Simone, Kevin Deirdre, Laura Ene and Julio Talavera Milla, – finds that while animation films represent 14.7% of overall admissions to European works, European animation only holds 20% of the animation market in Europe. The 44 US films on release indeed accounted for most of the box office for animation that year, whereas Europe leads in terms of the number of productions (107 out of 188 animation films released).

The study Mapping the Animation Industry in Europe points to the fact that among audiovisual programmes, animation is the category with the largest European circulation. Based on data from global, European and national sources, it maps the production and distribution of animation as well as the new challenges and opportunities for this growing European industry. This overview study starts with an examination of animation, production and distribution in the world, in Europe and in individual countries with a double focus on film production and theatrical animation on one hand and TV and VOD production on the other. The second chapter looks at the sector in transition and discusses the challenges that are faced by the European animation industry, the impact of internet on distribution as well as how to enlarge the audience. Other topics dealt with include the role of public funding through direct funding, fiscal incentives and mandatory investments from broadcasters. Finally, the study looks at training and festivals.

Charting unknown waters: Mapping the Animation Industry in Europe is a major research report commissioned to the European Audiovisual Observatory by the Creative Europe MEDIA sub-programme of the European Commission.

The following are the key findings:

Animation production and distribution in Europe

 European animation only gets 20% of the animation market in Europe.

 A yearly average of 50 animation films produced in Europe.

 Russia, the UK and France accounting for more than half of the yearly average admissions to animation in Europe between 2010 and 2014.

 From a total of 301 (plus an additional 40 HD simulcasts), 217 children channels are established in the European Union by US affiliates.

 The proportion of European animation also strongly varies between European VOD paltforms. US (and sometimes Japan are generally the first source of programming.

The animation industry in transition

 Already a globalised market, the animation industry witnesses the emergence of new Asian players moving from a statute of mere sub-contractors to a stature of co-producers. This represents both an opportunity for European producers to expand beyond the European market, but also a difficulty in retaining Intellectual property rights.  The pre-financing of animation is under pressure: the major broadcasters’ revenues are at best stagnating; they are challenged by multiple children channels which do not have the resources to significantly invest in original programming.

 International pre-sales and exports are increasingly needed to compensate for the decline of financing in each national market. Among audiovisual programmes, animation is already the category with the largest European circulation.

 As on-demand services are integrating more and more children’s programming, emerging new internet players may also become significant new outlets for animation, but only in the medium term.

 Internet brings also new opportunities for producers and rights holders: distributing directly to the consumers, including with the view to strengthen the brands and therefore increase the appeal of programmes for TV channels; testing new formats and detecting new talents.

 In a transition context, building (or reviving) strong brands is more important than ever. Brands can be born outside of the traditional TV or toys domains, e.g. from games or applications. And partnerships around brands are increasingly established right from the development phase.

 The management of Intellectual property rights has become (one of) the key roles of producers. It requires specific skills and a certain level of scale. Broadcasters and producers, otherwise partners, may increasingly compete for the control of IPs.

 Animation has many opportunities to enlarge its audience, to teens and adults. Moreover, animation is an industrial know-how that can be applied in multiple industrial sectors.

 The level of investment in the development of new brands, the necessity of obtaining worldwide pre-sales or distribution deals, and the opportunity of relocating studios in Europe have increased the need for scale and therefore have led to a concentration process.

 There are three main forms of public support to the audiovisual production: direct public funding, tax incentives and mandatory direct investments for broadcasters. Animation can be either supported by specific funding schemes, or can be eligible for schemes supporting any category of programmes.

 Whereas direct funding schemes specific to animation are available in 11 EU countries, tax incentives schemes are almost always generalist, i.e. targeting all categories of programmes, with the exception of UK’s animation tax relief. Generalist tax incentives schemes may not be perfectly suited to the peculiarities of animation, in terms of budget or duration of production, or even in terms of the eligibility criteria.

 Even if not specific to the animation industry, tax incentives seem to have a measurable effect on the level of production; this has led to a competition between European countries based on financing and not on talent, as countries compete to offer the most attractive tax incentive schemes. However, there is no evidence that the multiplication of tax incentive schemes has per se driven a decrease of public funding.

 There is a growing concern that tax incentives should focus on the production of content, and anticipate the decreasing role of broadcasters in the financing of animation. To some extent, tax incentives should not only lower the costs of production, but also bridge the lack of pre-financing by broadcasters until the programme recoups its investments through its exploitation by new platforms.

 Generally speaking, obligations and/or public missions have made the Public Service broadcasters the leading investors among broadcasters.

 Training in the animation sector faces the challenge of fast evolving technologies. Answers to this challenge include the specialisation of certain animation schools in 3D animation; tailored professional training sessions and online training.

 Animation is increasingly integrated as one of the specialisation of schools addressing also video games, digital effects or software development.

 The employability of animation students can be fostered by the use of English as a teaching language, exchanges or joint projects between European schools.

 A large array of festivals dedicated to animation is organised in Europe and they usually include a marketplace and conferences. Beyond the traditional “master classes”, some festivals tend to develop a large training offer.

 Animation is also increasingly well-represented within other festivals with a focus on children, but also on documentaries or on music.

 Festivals with the focus on image technologies also tend to integrate animation, often together with video games or special effects.

European Commission by the European Audiovisual Observatory, Focus on Animation, Mapping the Animation Industry in Europe