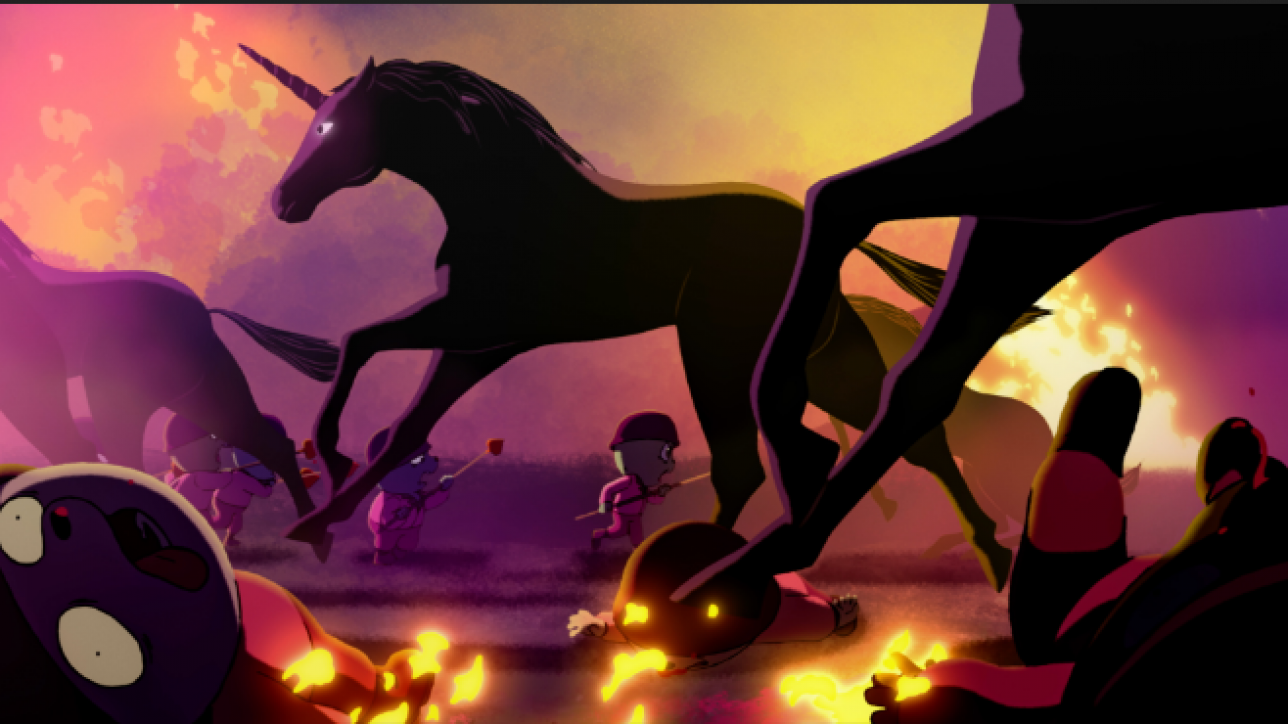 It’s “Bambi meets Apocalypse Now” in this provocative and strangely beautiful horror comedy from acclaimed filmmaker and illustrator Alberto Vazquez (Birdboy: The Forgotten Children), who uses its outrageous candy-colored premise to explore religious zealotry, the tortured legacies of military fascism, and the depths of the soul. For ages, teddy bears have been locked in an ancestral war against their sworn enemy, the unicorns, with the promise that victory will complete the prophecy and usher in a new era. Aggressive, confident teddy bear Bluet and his sensitive, withdrawn brother Tubby could not be more different. As the rigors and humiliation of teddy bear bootcamp turn to the psychedelic horrors of a combat tour in the Magic Forest, their complicated history and increasingly strained relationship will come to determine the fate of the entire war.

In Unicorn Wars, filmmaker Alberto Vázquez resorts to animated fantasy to ponder over the origin of evil.

The little bears army indoctrinates young recruits to lead them to a war they have started against the unicorns because they represent a threat for the security of their people.

Two brothers; Azulín and Gordi, along with a group of new recruits without experience, will be sent on a dangerous mission to save the Magic Forest…Will the little bears be up to the challenge?