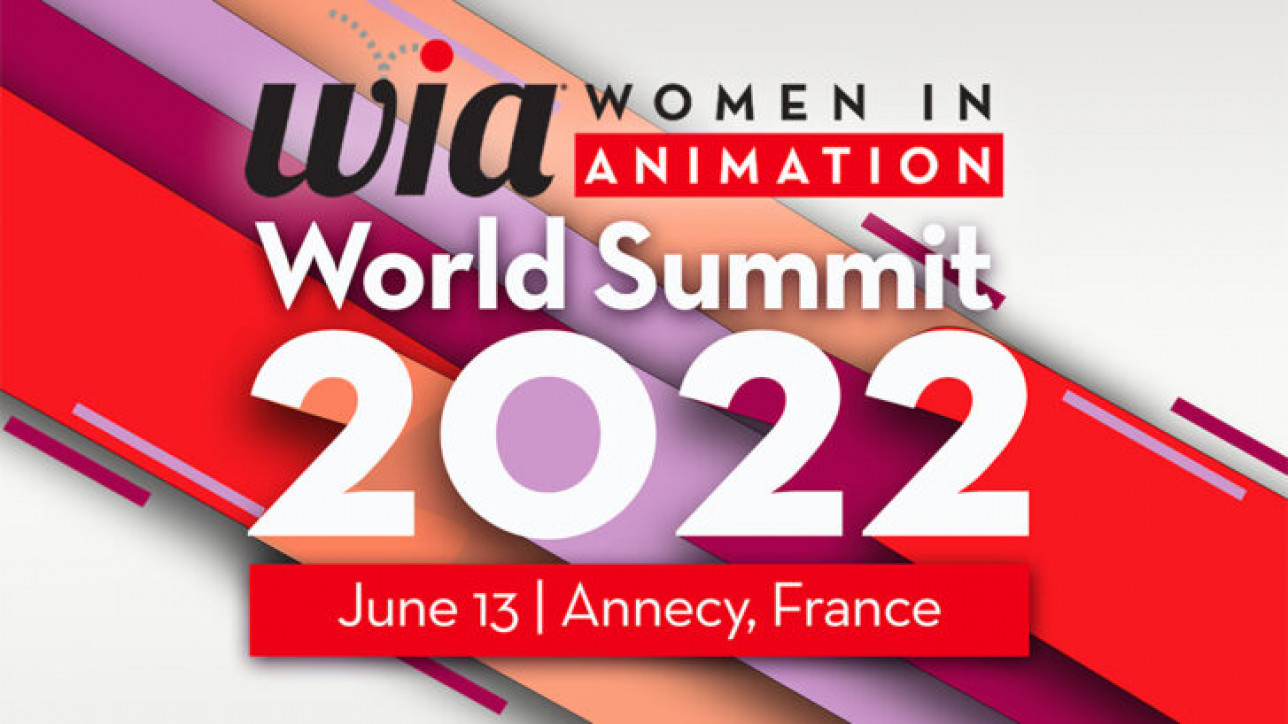 June 6, 2022 – Los Angeles — Women in Animation (WIA) is pleased to announce the program for the sixth annual WOMEN IN ANIMATION WORLD SUMMIT, in conjunction with this year’s Annecy International Animation Festival and Mifa 2022. The theme of this year’s Summit is “Gender Justice: A Global Call for Inclusion in Animation.”

The WOMEN IN ANIMATION WORLD SUMMIT will take place on Monday, June 13th at the Impérial Palace Hotel (Allée de l’Impérial, 74000 Annecy) and will feature a day-long symposium of panels and focused conversations spotlighting key thought leaders, filmmakers and executives from around the world discussing gender justice — a system of equity and fairness for people of all genders and gender identities, including men, women, transgender, and nonbinary people. As with every summit since the beginning, this year’s event will be livestreamed and available to the general public via the WIA website from 9:30am -4:30pm CEST/12:30am-7:30am PST, with a lunch break from 12:20-2:30pm PST. The Summit will also be recorded and posted subsequently on the WIA website.

„Over the last six years, WIA has led critical conversations on the global stage surrounding diversity, inclusion, and equity through our Women in Animation World Summits,” WIA President Marge Dean said. „We are extremely proud of the work we’ve put in but we are not done. I’m thrilled that our sixth World Summit theme will look at how gender justice can be a solution to some of the issues plaguing the industry including a very real labor shortage. We want to ensure that people of all gender identities have the power and access to opportunities to improve their lives. I look forward to several thought-provoking and action-inducing conversations at this year’s Summit.”

„We are at an inflection point in our industry and world where looking more inclusively at the concept of gender, questioning traditional power dynamics, and seeking to build a globally equitable creative community is urgent and necessary. In doing so, we widen the talent pool, create environments where all artists thrive, and tell the best, most exciting stories, said Julie Ann Crommett, WIA Secretary/DEI Chair, Founder and CEO, Collective Moxie; Equity and Inclusion Strategist. The theme of the WIA World Summit will reflect on exactly that – what is gender justice, why is it so urgent, and how does creating equity and inclusion across gender identities truly help solve our industry’s global labor needs and push us into the next great creative renaissance.“ 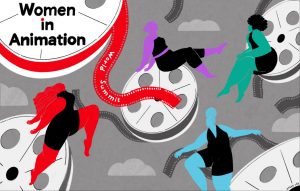 Added Mickaël Marin, CEO of CITIA, on behalf of the Annecy International Animation Festival, „After three long years, we are very happy to once again host an event that has become essential to accompany the changes in our industry. Working with WIA — an organization whose mission is to bring real equity to all people in our industry — is always inspiring. I warmly thank all the associations (including Les Femmes s’Animent, MIA, FIAPF…) that work every day for change and have contributed to the success of this edition. Annecy will always be by your side.”

The official program for the day will be as follows:

Welcome from WIA and Annecy Festival

PANEL: What does Gender Justice Look Like Around the Globe?

There is no “one size fits all” solution for gender justice, and its challenges

around the world vary as much as geography does. This discussion features voices from around the globe that express what women, nonbinary, and transgender people face in the international animation industry and what gender equity looks like for them.

PANEL: How is Gender Justice a Solution for the Labor Shortage?

The animation industry is experiencing a workforce shortage. This panel talks about the

Several organizations share how their Gender Inclusion programs are increasing access for underrepresented people into the animation workforce around the globe.

Leaders in global creative talent development, animation, and DEI will recap the day’s learnings and discuss the importance of intentional, inclusive talent development as multi-pronged and critical in addressing the needs for unique storytelling, artistic authenticity, and labor shortage solutions in the animation industry. 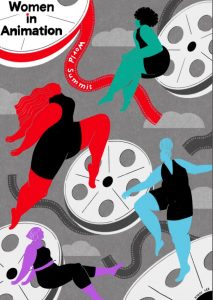 In addition to the Summit program, WIA and FIAPF (International Federation of Film Producers’ Associations) will be hosting six delegations of filmmakers selected for Stories x Women throughout the week in Annecy by creating connections for these filmmakers with top animation professionals from all over the world. The program is aimed at increasing diversity of voices in animation globally and creating international opportunities for women animators from emerging national film and audio-visual animation communities who want to tell their authentic stories. Filmmakers from Argentina, Colombia, Peru, South Africa and Thailand are represented this year. The program is sponsored by Walt Disney Animation Studios with additional support by Triggerfish Animation. More information about Stories x Women can be found here.

This year’s World Summit logo was designed by Hyesu Lee. Born and raised in Seoul, South Korea, Lee has always been driven by a curiosity about how people connect. Although very shy, she used her art as a way to observe and learn about the people around them. Art, as she says, has no language barrier. In her mid-twenties Lee went to study abroad in the UK, where she graduated from the University of Arts London with a BA in Illustration. She then moved to New York City where she earned an MFA from the School of Visual Arts. Now based in Brooklyn, she is an established and sought-out illustrator, artist, muralist, and educator.